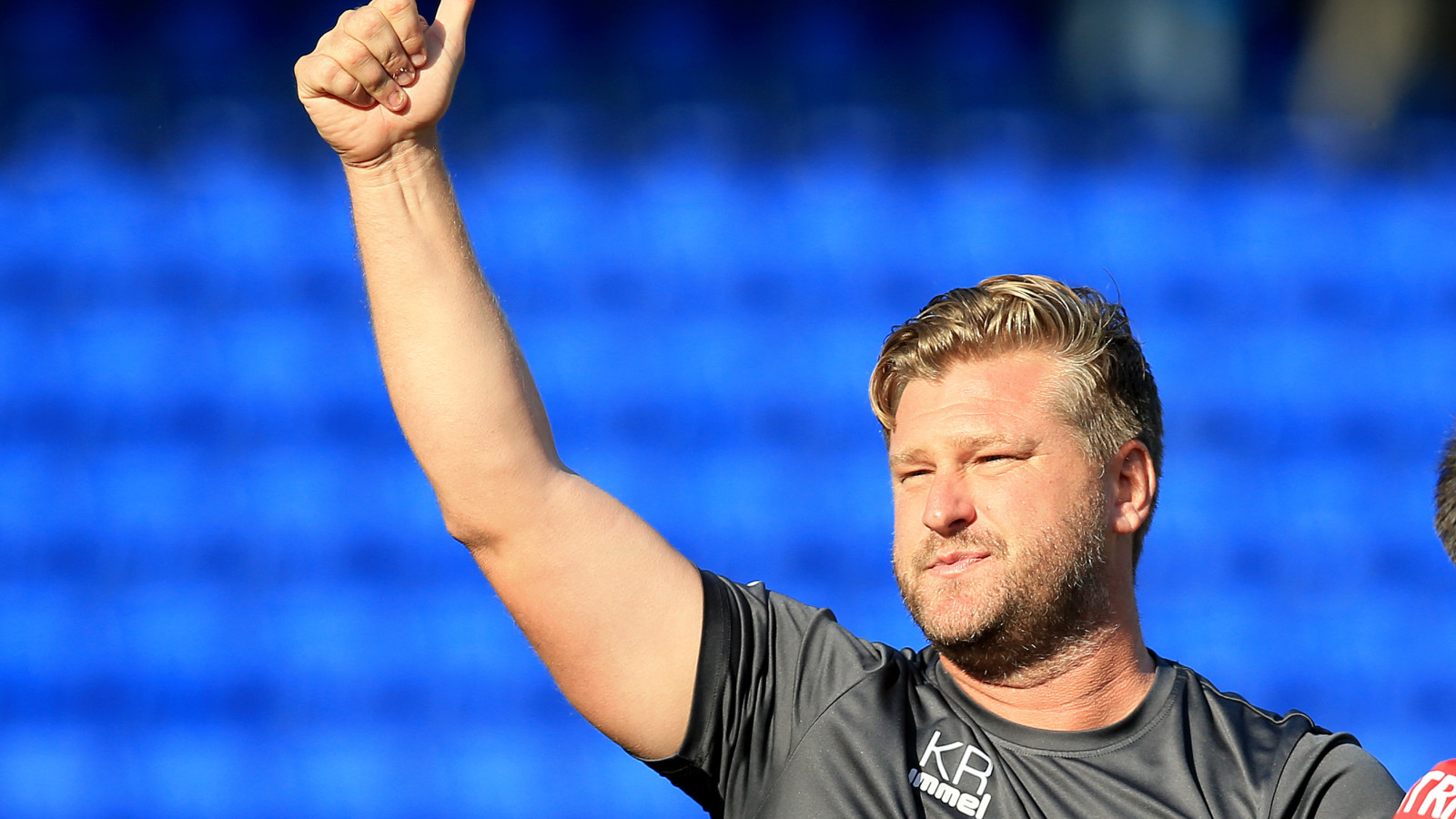 Karl Robinson was proud of the way his players ‘ground out’ victory from a topsy-turvy game at Oldham Athletic on Saturday afternoon.

Charlton were outstanding for the first half hour and raced into a two-goal lead thanks to Ricky Holmes’ stunning strike from 30 yards and Tariqe Fosu’s first goal for the club, but were pegged back by a Craig Davies penalty and Eoin Doyle’s strike.

The Addicks retook the lead through Billy Clarke after Latics sub Ousmane Fane had been dismissed and debutant Joe Dodoo re-established the two goal lead with 18 minutes left.

And despite Jack Byrne’s goal making the visitors sweat for the last 10 minutes or so, Robinson’s men stood firm to secure a 4-3 victory and back-to-back away league wins for the first time since March 2015.

Speaking to the media, the Valley boss said: “I don’t think we were great. For the first 30 minutes we were unplayable, but we came off it and got sloppy in our play.

“For some reason, one minute we were playing one-twos, playing round corners and rotating and doing everything we said, then, all of a sudden, top players can’t pass five yards.

“Sometimes that’s unexplainable, but when you aren’t playing well, it’s important that you grind results out and that’s the first time I’ve really seen us do that.”

“It was a strange afternoon and we weren’t great for the last hour which is not acceptable,” he admitted.

“We weren’t at our best today, but I’m still proud of my players because I’m proud of what they’ve done.

“I love watching this team play and I’m very proud to be given the opportunity to manage this football club.

“We were like the red arrows at times [in the first half-hour]! We were quick, we were dynamic, moved the ball very, very quickly, we looked organised and looked a good team, but I think our fuel ran out.”

Supporters will be able to watch Robinson’s post-match interview in full on Valley Pass.