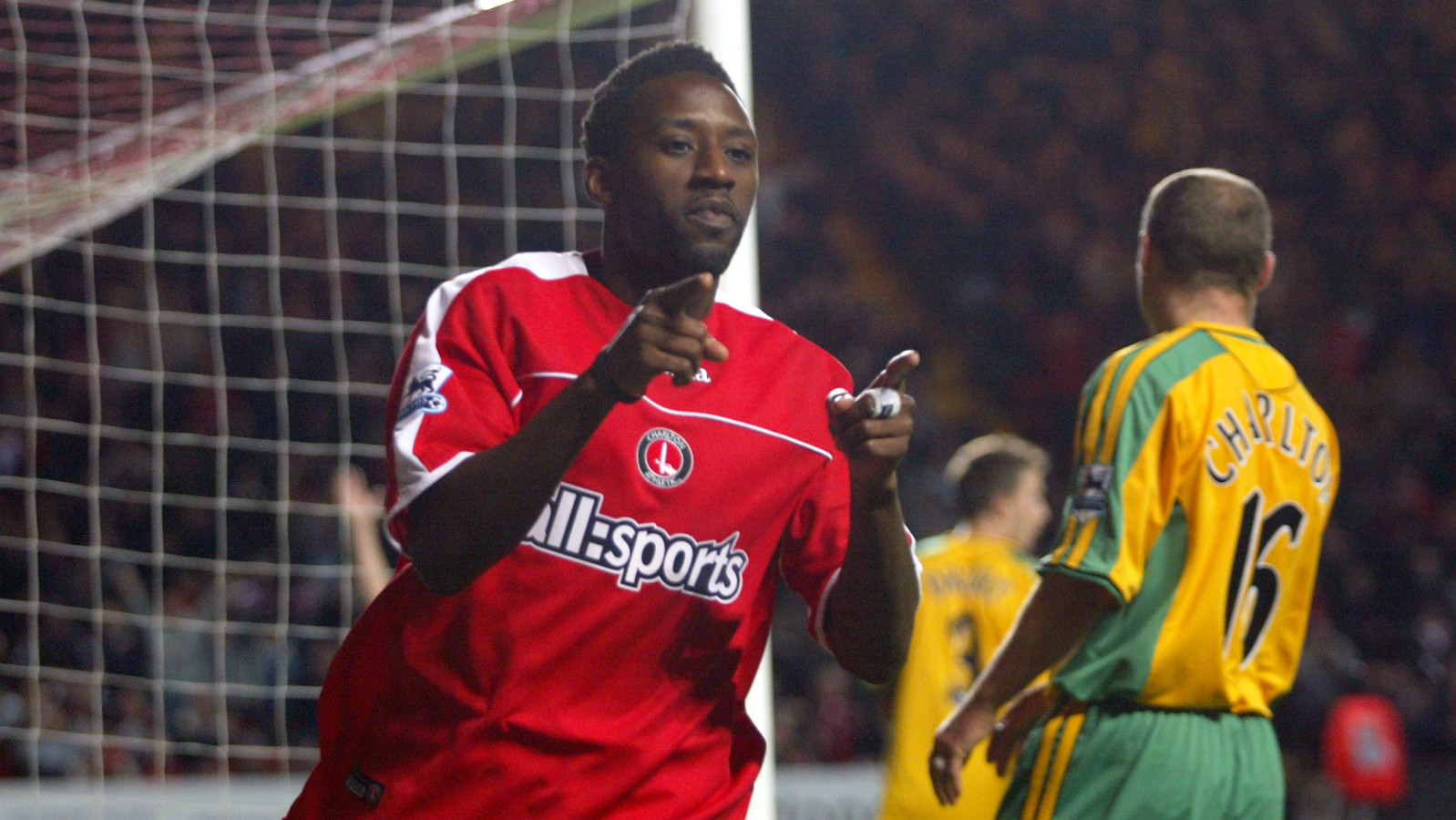 Jason Euell is the latest Charlton legend to confirm that he will be taking part in the Legends United game on Sunday, September 17.

The club’s record signing, bought from Wimbledon for £4.75m in 2001, joins a star-studded squad for the game, which includes former team-mates Dean Kiely, Matt Holland, Radostin Kishishev and Chris Powell.

Jason scored 39 goals in 170 appearances spread across two spells and is now the club’s Senior Professional Development Coach (U18-U21). He has also served as First-Team Coach.

An important part of Charlton’s Premier League years, he has been at the club for 10 years in total.

The attacking player is one of the few Addicks to have scored more than 50 Premier League goals, having bagged 56 in total. He also played for Middlesbrough and Southampton, and has been capped by Jamaica.

Keith Peacock, club ambassador and one of the Legends United managers, said:

“Jason is still Charlton’s most expensive signing. Among the 39 goals he scored, the one I remember most clearly is his crucial one on that great day at Highbury in our memorable 4-2 victory against Arsenal.

“He played mainly up front for us but was also an outstanding goalscorer from midfield.

“I understand Dave Berry is very eager to have him in his team after receiving glowing reports from training sessions over the last two months.”

Priced at £10 for adults and £2 for U11s, West and North Lower tickets for 17 September can be purchased online.

All proceeds from the event will help fund CACT’s work at the heart of the community across South East London and Kent.