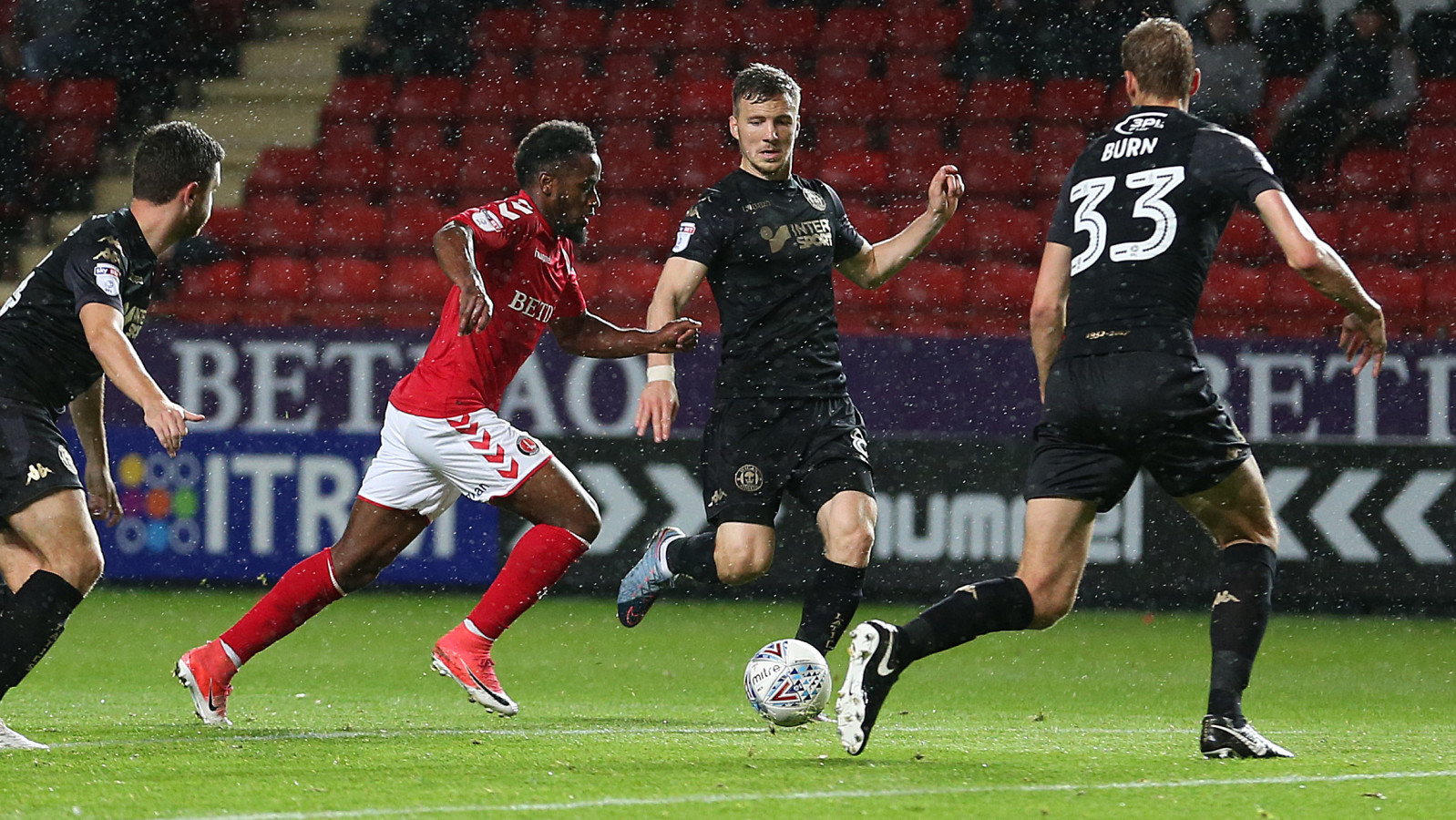 Wigan Athletic ended Charlton's four-game winning streak in the league with an impressive 3-0 win at The Valley.

Gavin Massey netted twice and the visitor's captain Sam Morsy added a third just before the final whistle for the side relegated from the Championship last season.

Karl Robinson named an unchanged Charlton lineup from the 2-1 home win against Southend United on Saturday while Wigan had the returning Will Grigg starting up front and former Addick Nathan Byrne at right back.

Wigan started with an intensity and could have had a first minute lead when a Michael Jacobs cross from the left was headed wide by Massey.

Charlton had another scare in the fourth minute when Nick Powell also headed a good opportunity wide.

The Addicks had there first chance in the sixth minute, Holmes dragged a corner along to Ahmed Kashi outside the area. The centre-midfielder’s powerful shot was well blocked but came back to him on the volley but his first-time effort went just wide.

The Wigan pressure continued and in the 12th minute Ben Amos had to beat away a volleyed Jacobs effort from the edge of the area.

Tariqe Fosu made Jamie Jones in the Wigan goal work for the first time with a swerving, dipping effort from the edge of the Latics area in the 23rd minute after some neat build up involving Chris Solly, Holmes and Josh Magennis.

Jake Forster-Caskey rattled the crossbar with a rasping left-footed effort in the 30th minute after some quick interplay had set-up Tariqe Fosu. Josh Magennis, under pressure from Wigan's defenders headed a difficult effort just wide from the rebound.

Wigan took the lead just before half when Massey tapped into an open net from a Reece James cross from the left.

Wigan started the second half as they did the first half and Amos did well to palm behind a Powell strike from just outside the area within a minute of kick-off.

Jacobs nearly doubled the visitors’ lead with a low effort cutting in from the right that went just past Amos’ post.

The Addicks had their first big chance of the second half in the 65th minute when a Billy Clarke flick from a Holmes free kick went just wide of the Wigan post.

Massey netted his second of the game playing a nice one-two Byrne on the overlap before finishing past Amos with a shot that took a deflection off Jason Pearce.

In the 80th minute, after some slowing down of the game by Wigan, Holmes beat Power down the left and Magennis’ first time shot was well blocked.

Charlton had a large penalty claim in the 82nd minute when it looked like Magennis had his shirt pulled challenging for a dangerous Ricky Holmes corner.

Wigan added a third when a Dasilva clearance fell to Morsy in space near the Charlton penalty spot and he placed in off the post with just minutes to go.

Amos prevented Wigan from adding a fourth just minutes later when he smothered a Jacobs effort.