Robinson frustrated as Addicks are pegged back late on at Walsall 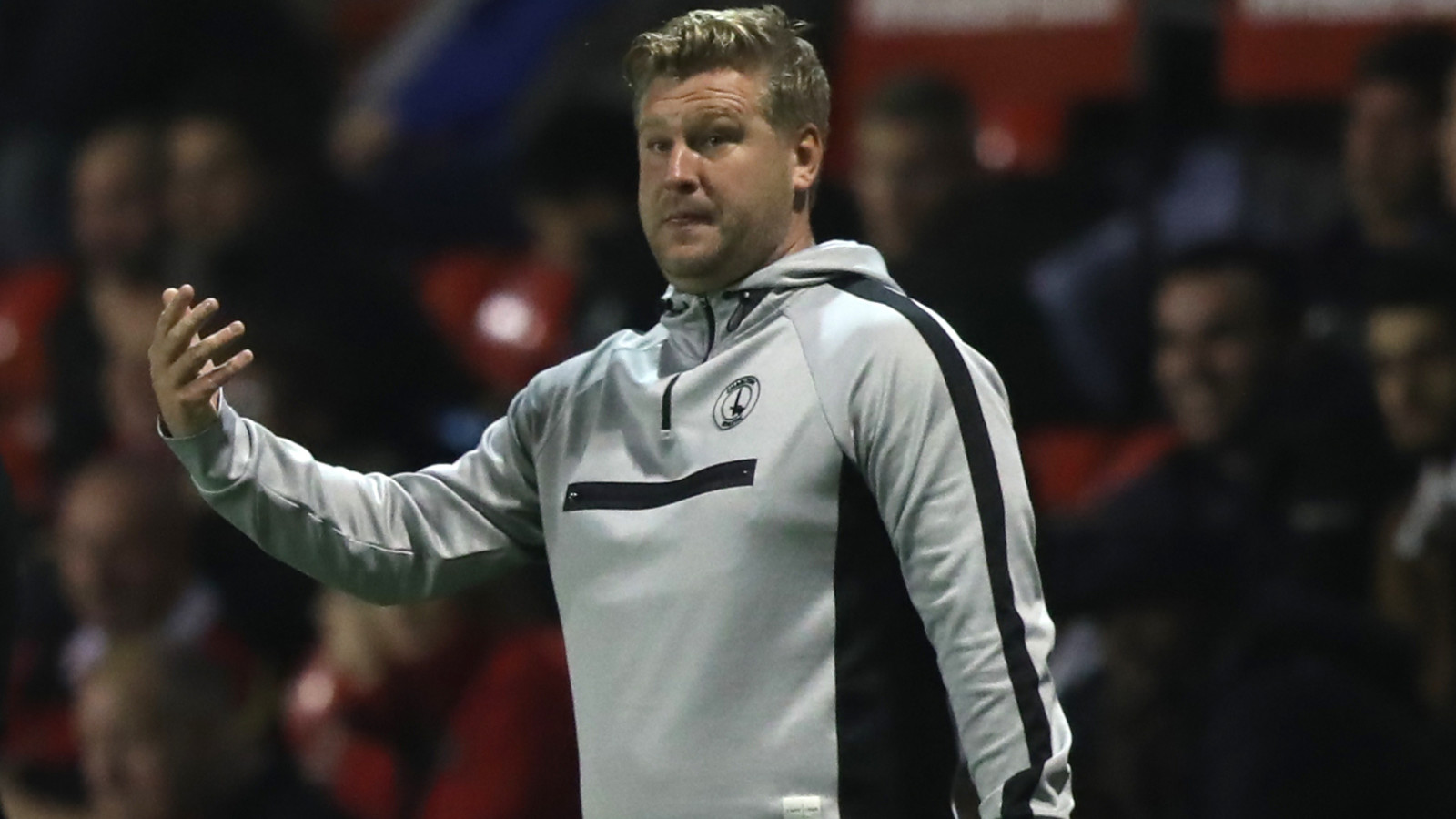 Manager Karl Robinson was left deeply frustrated after Charlton looked to have earned a late victory at Walsall on Tuesday night, only to concede an equaliser a minute from time.

A stunning volley from Ricky Holmes put the Addicks in front on 88 minutes but Saddlers replacement Daniel Agyei levelled moments later with an equally impressive strike.

Earlier in the game, Tariqe Fosu had given Charlton the lead in a first half that they dominated and afterwards Robison said that he and his side were again full of frustration.

“The players are gutted in there,” he said.

“We’re in a little run where we haven’t won in four games and when you go through them – and everyone has them during a season – you have to stick to your beliefs and carry on doing what you believe in.

“We put ourselves in a great position at the beginning of the season and everything we seem to do at the moment is back-firing a little bit; I don’t think they had had a chance in the first half and then we switched off for a moment and they scored.

“It was as simple as that. They had nothing to challenge us in the first half and then they do create one opportunity and score. We had three or four chances and only scored one.

“Second half, they got on top of us and we didn’t win many second balls in the middle area of the pitch. We were a bit slow in playing through the thirds.”

The Manager continued: “The first half an hour is how I foresee this team playing: it was quick, bright, off the cuff and forward thinking.

“All of sudden we were a bit deeper, a bit more negative and then we become second-best in areas, and these are things that the players have to learn.

“The most important thing is, obviously, that we have to win games. That is the whole top and bottom of it and tonight we have done enough [to have won].

“I wanted to bring Naby on after we scored to add a bit more physicality but we weren’t able to do that because they equalised so quickly. We need to be more clued up.”