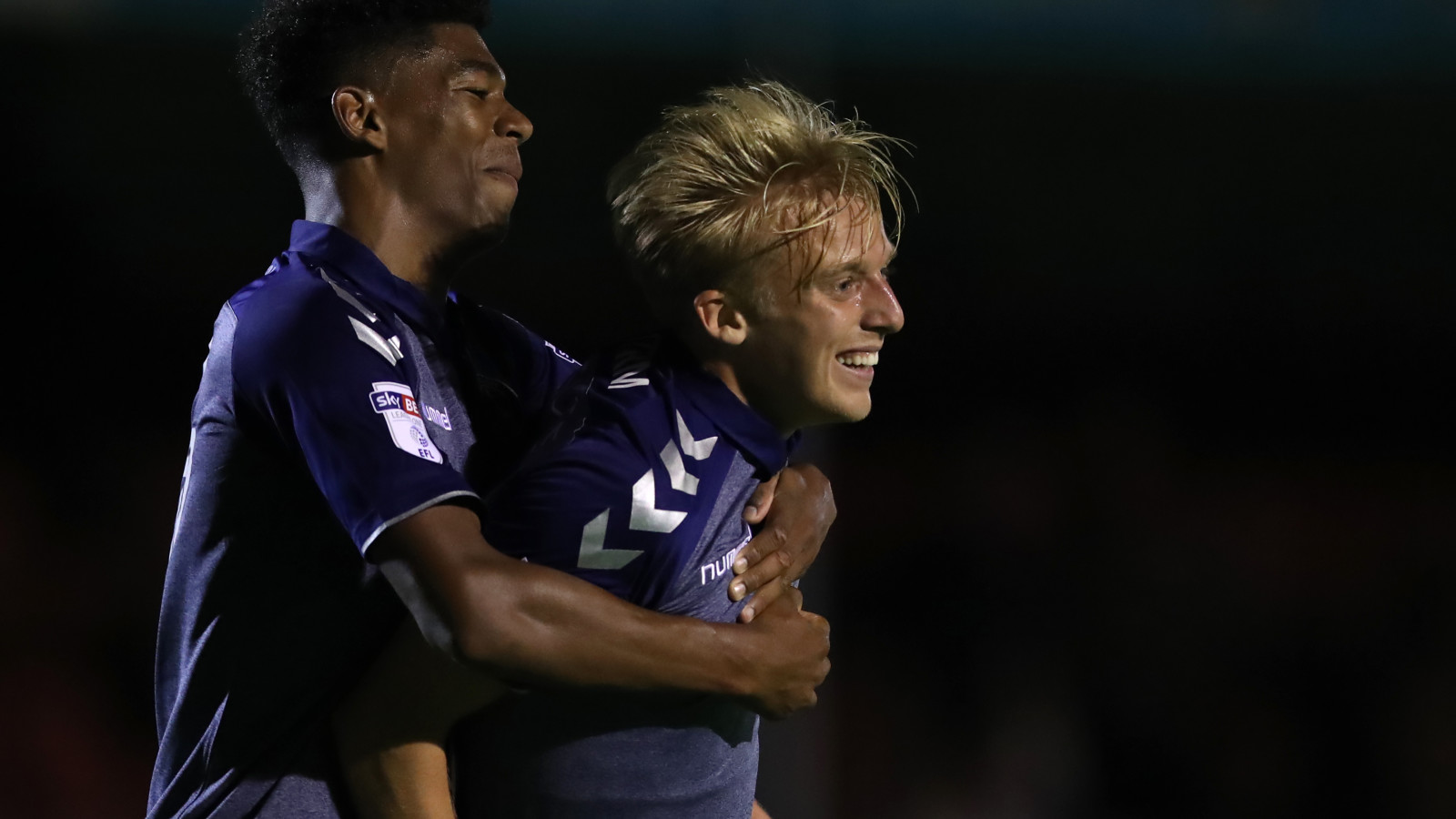 Charlton’s U23s open their Premier League Cup campaign on Friday night when they host Liverpool at The Valley (7pm).

The Addicks are a youthful outfit this season, with many regular members of Jason Euell’s squad having stepped up to the first team or headed out on loan.

But the back-to-back Professional Development League 2 South champions will still be confident of kicking off the tournament with a win, having earned a couple of scalps in the competition last season.

Here are three young Addicks that those coming to the game should keep an eye out for….

A previous captain of Charlton’s U18s, George Lapslie was handed his senior debut by First-Team Manager Karl Robinson at the end of August. He came off the bench against Crawley Town in the Checkatrade Trophy and wasted little time in making his mark. Latching onto a through ball from Reeco Hackett-Fairchild, he raced clear and poked the ball home via the post.

A tireless central midfielder, Lapslie possesses a great will to win and never-say-die attitude. He has been on Charlton’s books since the age of xx, grew up supporting the club and his brother Tom is also a professional footballer at Colchester United.

Another former skipper of the Addicks’ U18s, Taylor Maloney has made great strides at the club in the last 12 months or so. He led Charlton’s U18s to second place in Professional Development League 2 South last season and in 2017/18 he has made the step up to U23s football.

He scored two stunning goals away at Crewe Alexandra - one a free-kick and the other an incredible, long-range effort - earlier in September and, like Lapslie, he was also handed a senior debut away at Crawley. He was introduced from the substitute’s bench and helped the Addicks to see out a 2-0 victory.

Left-back Archie Edwards joined Charlton at the age of 13 and has now been at the club for seven years. Though slight in stature, Edwards is a great competitor that loves to gallop down the flank and put crosses into the box.

In his last three seasons at Charlton, he has lifted a title. In 2015, he was part of the U18s squad that lifted the Profeesional Development League 2 national title and in the two years since then he has twice lifted the PDL2 South title with our U23s.

Edwards has been capped by England at U16 and U17 level and previously represented the Three Lions at the Algarve tournament.