Charlton will give someone a hiding soon, says Chris Solly 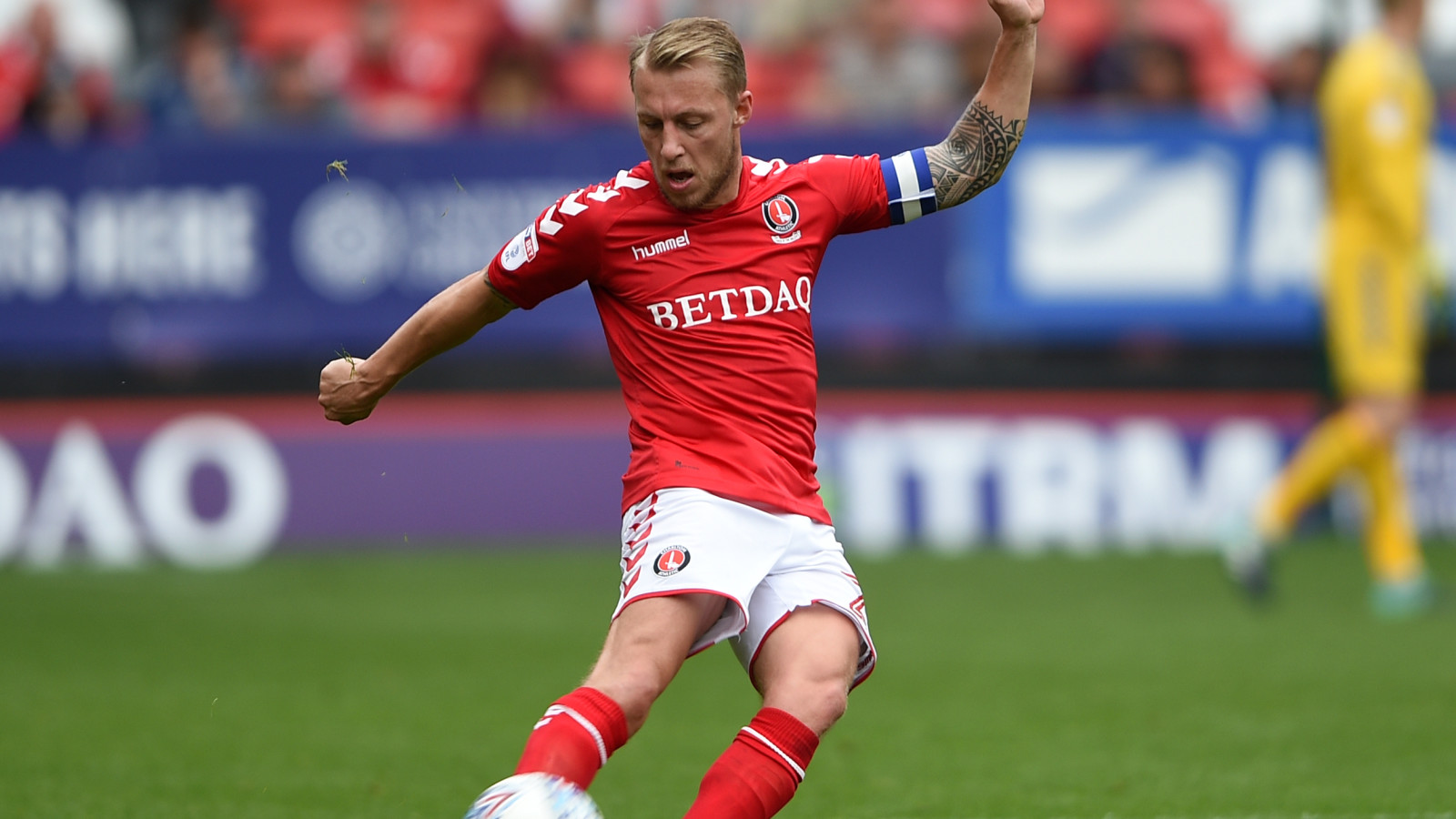 Chris Solly believes that one of Charlton’s next few opponents will be on the wrong end of a big score-line when they face the Addicks.

The south-east Londoners picked up at point at Walsall on Tuesday night, nudging themselves in front two minutes from time only to be pegged back 60 seconds later.

Charlton had completely dominated the first half – as they have done a lot in recent weeks – without getting the goals that they deserved. And Solly believes that when the goals begin to fall for them, they’ll dish out a few hefty beatings.

“If we had only created two chances at Walsall on Tuesday night and drawn 2-2 then we’d be more disappointed,” he said. “We could have had five or six goals again and that’s been the case for the past three or four games.

“One team is going to be on the end of a hiding soon and hopefully that’ll be Saturday.

“We’ve got real good characters in the dressing room, and bubbly personalities. We’ll never be down, even though results haven’t gone for us in the past couple of weeks, and I’m sure once we get one win, we’ll get three or four like we did before and that will shoot us back up the table.”

He continued: “For thirty minutes [on Tuesday night] we absolutely battered them. We were playing unbelievable stuff and could have been out of sight, really.

“Then we were poor for 50 minutes after that. If you had told me in the 80th minute that we’d take a point, we would probably have accepted that, and on the balance of play it would have been a fair result.

“To get the goal so late, you’ve got to hold on to the win there. It’s massively frustrating and disappointing in the end.”

Solly has been an ever-present in the Addicks’ back four so far this season. One member of it, Jason Pearce, is now set for a spell on the sidelines but Solly is backing youngster Ezri Konsa to fill the gap left by Pearce.

He said: “Pearcey is a big loss because he’s a big leader but that’s probably one position on the pitch where we are covered.

“We’ve got so much quality at centre-half. Ezri has come in and he was brilliant on Tuesday. He is an England international U21 and he’s just won the World Cup. Hopefully, we’re not going to miss Pearcey too much because of the quality we’ve got stepping in.”

Solly was also pleased that summer signings Ben Reeves and Mark Marshall are set to be back in the squad on Saturday, following injuries.

He said: “When you look the bench, oppositions will be worried immediately with those two names on ther.

“As a full-back myself, I don’t want to be facing a Reevesy or Marshy for the last 15-20 minutes of a game. Once they’re back flying, it will only make us stronger.”