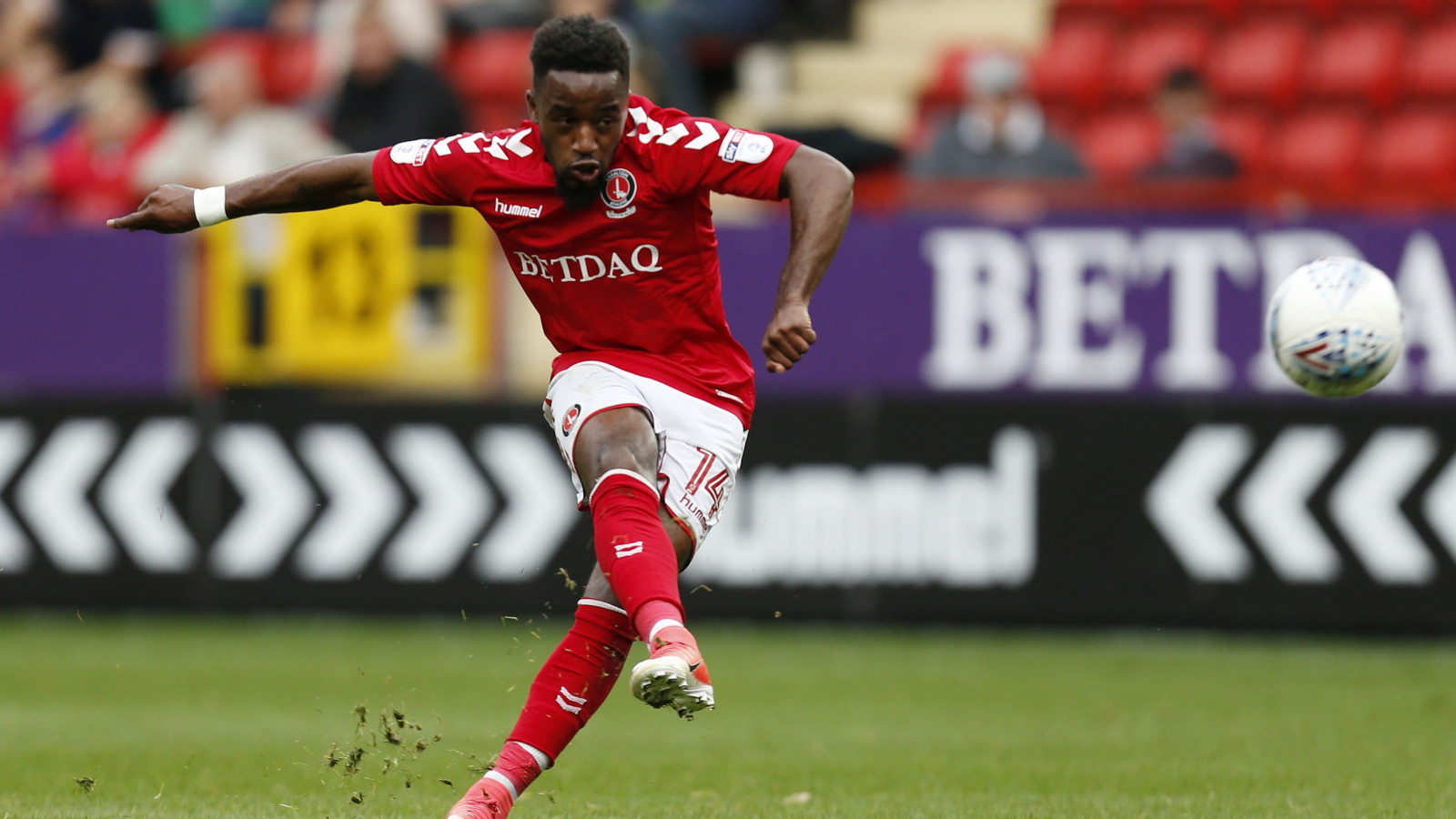 Tariqe Fosu was once again the hero as his early strike was the only goal in the Addicks 1-0 win at home to Doncaster.

The victory was Charlton’s second in a row and moves Karl Robinson’s team up to fifth in the League One table.

The Addicks made one change from the side that beat Fleetwood 3-1 two weeks ago with captain Chris Solly returning to replace Naby Sarr, meaning Ezri Konsa moved in to centre-half alongside Patrick Bauer.

The game started slowly, with more than one stoppage. Rovers’ James Coppinger suffered an early injury and had to be substituted in the seventh minute.

In the ninth minute though Charlton took the lead when, from the left wing, Jay Dasilva fed the ball back to the in-form Fosu who showed his confidence with a low, powerful, right-footed strike from the left corner of the area that caught Doncaster goalkeeper Ian Lawlor by surprise at his near post. His fifth goal in the last three games.

The Addicks kept the visitors under control until Doncaster hit the crossbar in the 25th minute when Alfie May’s curled left-footed effort from outside the area left Charlton fans with their hearts in their mouths briefly.

Dasilva picked up Charlton’s first booking for a foul on substitute Rodney Kongolo while Jordan Houghton was first in the referee’s book for Doncaster after bringing down Ricky Holmes on a bursting run forward from the PFA Fans’ Player of the Month.

From the resulting free kick Lawlor had to palm away a swerving, dipping effort from Fosu. The rebound eventually came to Kashi whose deep cross was well met by Josh Magennis but his header was comfortably gathered by a grateful goalkeeper.

At the other end Ben Amos had to palm behind from Tommy Rowe header for his first real work just after the half hour.

Holmes could have made 2-0 in the 41st minute after a wonderful surging run forward by Dasilva left numerous Doncaster defenders behind him. The full back fed Holmes whose first time right footed effort from just inside the area was well blocked by the onrushing Lawlor. Charlton had a large appeal for a penalty turned down from the rebound after Fosu appeared to be tripped in the area. After much deliberation and consultation with his assistant, referee Robert Lewis booked the goalscorer for diving.

As the second half kicked off there was a collision between Magennis and referee Lewis. The referee came off worst, and was briefly unconscious on the pitch, after a lengthy delay he was replaced by fourth official Craig Hicks.

John Marquis had a half chance to bring Doncaster level in the 59th minute but his first-time left-footed effort from just beyond the penalty spot sailed over.

Charlton had numerous half-chances in a 62nd minute goalmouth scramble which eventually saw Billy Clarke hitting over the crossbar after having a header headed onto the crossbar and seeing a close-range Magennis effort well blocked.

Fosu nearly had his second in the 65th minute when he danced his way away from two defenders and had a shot from outside the area palmed away by Lawlor.

Amos held well a Rowe effort from a John Marquis knock down in the 71st minute as Doncaster broke a spell of Charlton pressure.

Lawlor was again called into action on 74 minutes when he palmed away efforts from Magennis and Ahmed Kashi as the Addicks continued their control of the second half.

The Addicks had Chris Solly to thank for two brave pieces of defending at the back post. The first one a crucial header away and the second a block both times to deny Rowe.

Charlton held on comfortably though and Ben Reeves, making his home debut, played the last 10 minutes and more than 10 minutes as substitute.