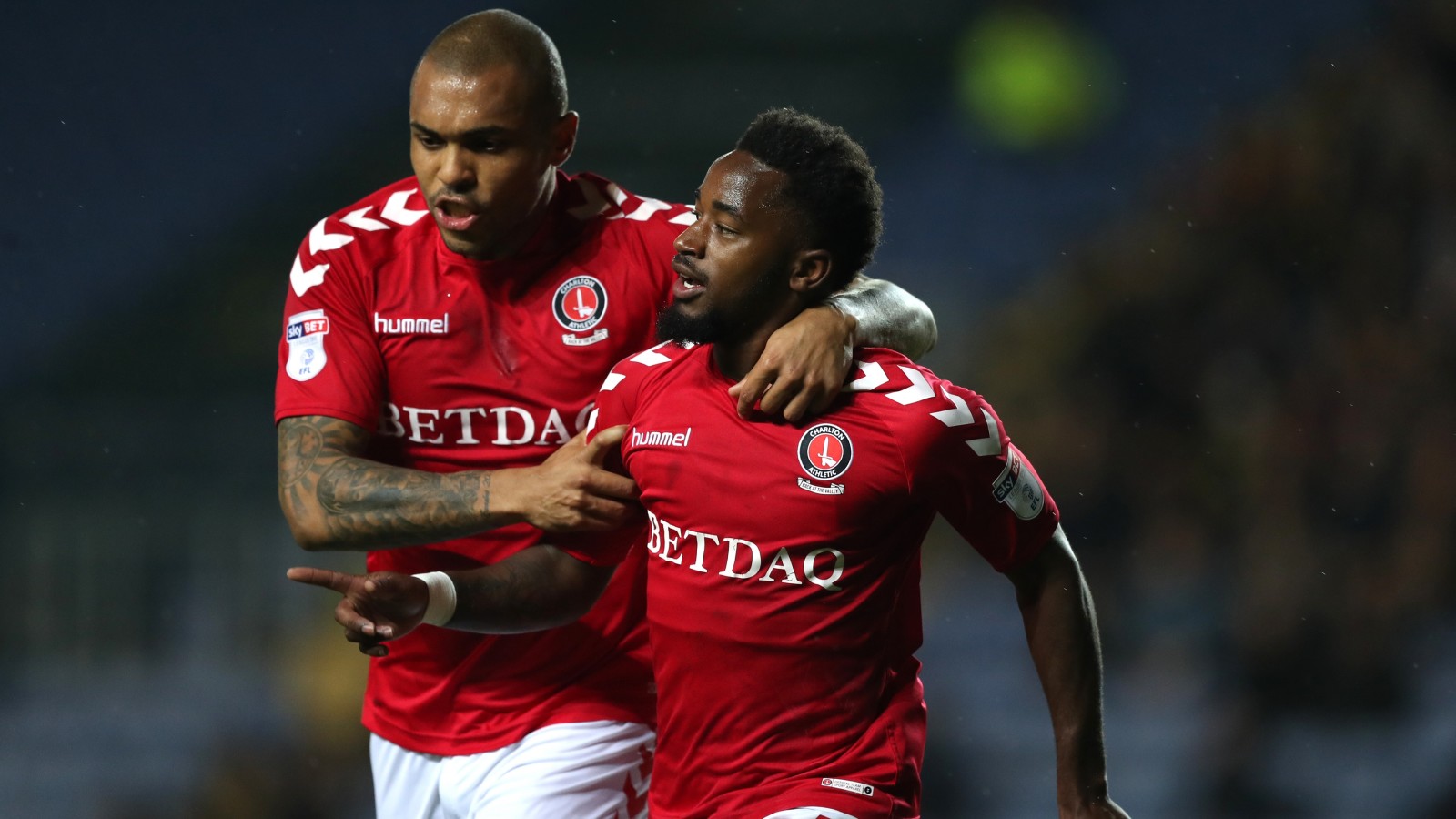 The Addicks extended their unbeaten run to five games in an open 1-1 away draw against Oxford United.

Tariqe Fosu scored for the sixth time in four games to give Charlton an early lead but the home side levelled in the 35th minute with Christian Ribeiro scoring his first goal for the U’s.

Addicks manager Karl Robinson made two changes with Naby Sarr, so impressive against Fleetwood Town, coming back into the side at centre half for Ezri Konsa and summer signing Ben Reeves getting his first league start for Charlton in place of Billy Clarke.

Charlton had a clear cut chance in the fifth minute when Sarr headed just over from a Ricky Holmes free kick inside the box. The referee did have his flag up which may have been for offside but a goal kick was taken following the miss.

Oxford’s first chance came following a failed short corner that was eventually worked into the box for Josh Ruffels who hit wide with seven minutes on the clock.

In the 12th minute Ricky Holmes had a glorious chance to open the scoring. Chris Solly played a lovely ball down the line to Josh Magennis whose driven cross had just too much pace on it for Holmes.

The chances continued for Charlton, in the 17th minute Solly fed Fosu in behind the Oxford defence but his shot went wide.

After the warnings Charlton took the lead and it was the in-form man Fosu again. He closed down a poor Oxford clearance and then beat goalkeeper Simon Eastwood to the ball on the edge of the area. From there the winger still had work to do but he took a few touches and finished calmly past a scrambling opposition defender.

Holmes had another chance to score when he volleyed over a fantastic deep cross from Fosu minutes after the Charlton goal.

Oxford levelled on 35 minutes when a defensive header landed at the feet of Christian Ribeiro who made no mistake with a first time volleyed finished.

Like Charlton, they had another chance immediately following the goal when a Ruffels shot from outside the area went just past Ben Amos’ post after Wes Thomas had beaten an Addicks offside trap.

Just before half-time Charlton had another chance when Magennis knocked down a deep Holmes cross for Reeves whose shot was blocked well.

At the other end Forster-Caskey had a brilliant block on the line to deny a powerful effort from Ricardinho.

Oxford began the second half the stronger and Jack Payne rustled out a half chance in the Charlton box which went wide.

Holmes was first to give Eastwood a second half scare with a dipping, swerving volley from outside the area not dissimilar to his wondergoal against Walsall but further out. The effort dropped just over the thankful goalkeeper’s crossbar.

Again Charlton pressed and Magennis did well to get on to a Reeves through ball and set up Holmes whose shot was again blocked.

In the 60th minute Amos tipped over a Thomas header from the edge of the box after a cross from the right.

Reeves was withdrawn in the 66th minute and replaced by Clarke

A lofted cross from Dasilva in the 70th minute went to Magennis who, under good defensive pressure, was unable to get his header on target.

Charlton had a great chance to take the lead in the 72nd minute as the Addicks threw numbers forward on a counter attack. Holmes with plenty of options found Fosu on the left who cut in onto his right foot but lifted his effort over.

Clarke, cutting in from the right, tested Eastwood with a rasping effort in the 76th minute and the keeper was forced to parry over.

Karlan Ahearne-Grant came on as substitute for Fosu and within minutes had the chance to be the hero after Holmes set him up inside the box on his favoured right foot. The striker’s effort curled just wide.

After a loving passing move Ricardinho could have won it at the death but his shot comfortably cleared Amos’ crossbar.

The game ended 1-1, meaning the Addicks remain fifth in the table.