Robinson on experimenting with Sarr up front, Fosu injury update and praise for Mascoll 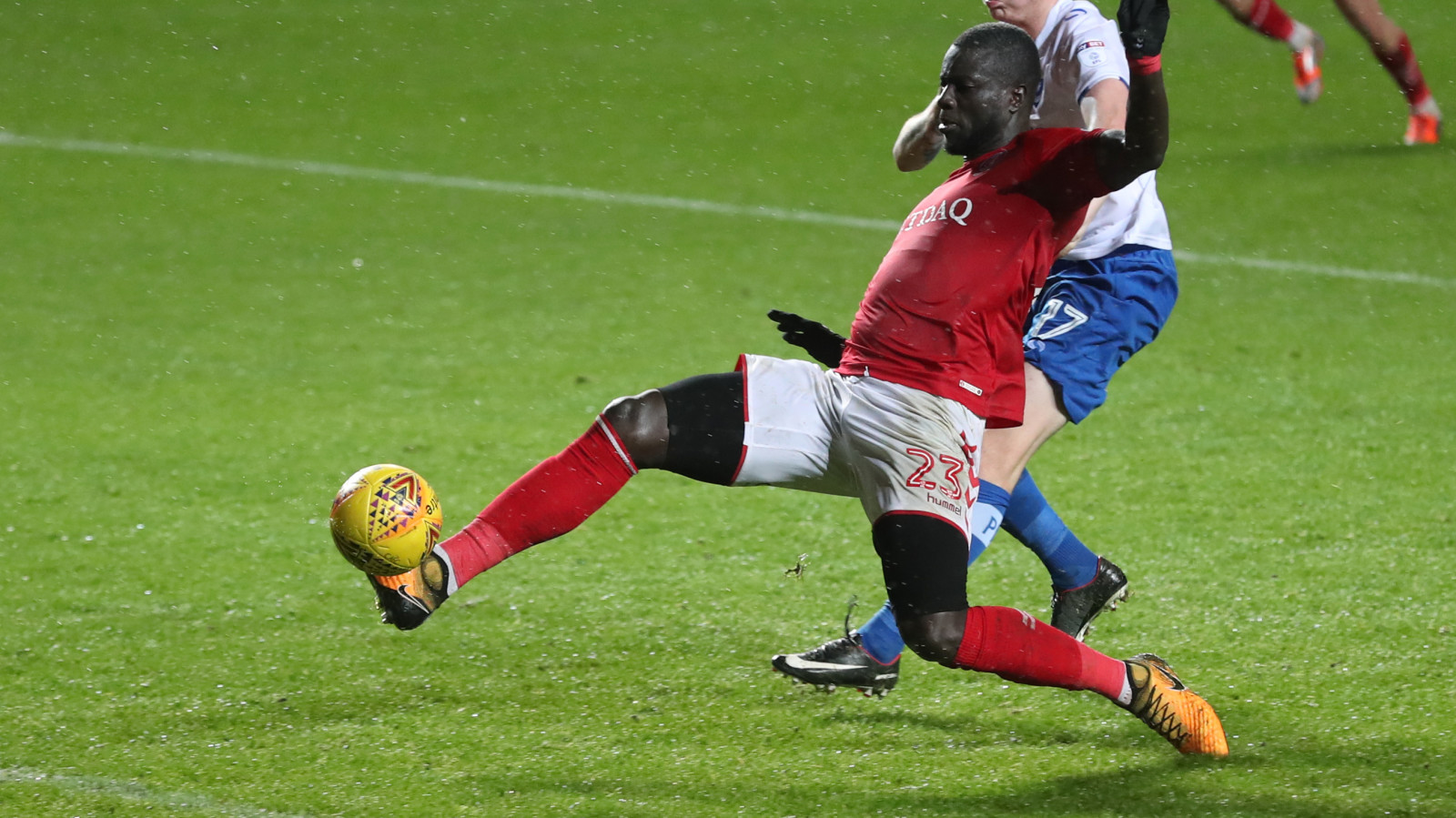 Karl Robinson gave an update on Tariqe Fosu after the winger was taken off early in tonight's Checkatrade Trophy game against Portsmouth.

The full interview is available on Valley Pass.

Sarr went up front for the last few minutes of the game, Robinson explained:

"It’s been something, and people might laugh at me for saying this, we’ve been questioning a lot of the season. I’ve looked behind me. I thought 'he’s 6ft 3in/6ft 4in, he’s technically excellent, he can run'. It might be something that we use even in the league campaign. He’ll certainly be a threat up there. I don’t think there are many bigger, more powerful out there. He’s great with his feet and he’s really endearing himself to everybody at the moment, I think you saw that when you heard the fans clap him. The man has been an amazing person since he walked in, very polite, very well mannered, worked his socks off and really wants to be here."

On the substitution of Fosu:

"He had a tight thigh that went and stiffened up on him after a few minutes. I wasn’t going to take any chances on that so we immediately took him off. I’d be very surprised if he’s not (available to play against MK Dons)."

"Our performance today was alright. We made a number of changes, we huffed and puffed but we’re just trying to get minutes into our legs. That was the whole idea, we qualified last week so it’s done what we asked really. We’ll build ourselves up ready for MK Dons a week on Saturday."

On the cup draw with Wimbledon:

"It didn’t bother me really. It’s a great draw for the club. It’s a local derby in the best domestic cup competition. To go against them again will be a great challenge as a team. With regards to whether they like me or not, it’s not about me, it’s about the two teams going toe-to-toe."

"There are a number of components of his game that he needs to work on. He’s very, very young. Just think, this time last year he was at Dulwich Hamlet. Those young diamonds are out there, the Ademola Lookmans of this world, Reeco Hackett-Fairchild has just come in. We’re very proud of the fact that these kids can find their way back into the game through our U23s and the coaching. We’re really happy with him."

Robinson also confirmed that Lewis Page missed out with a stiffness in his Achilles and that Leon Best will play a behind closed doors game at the club this week.