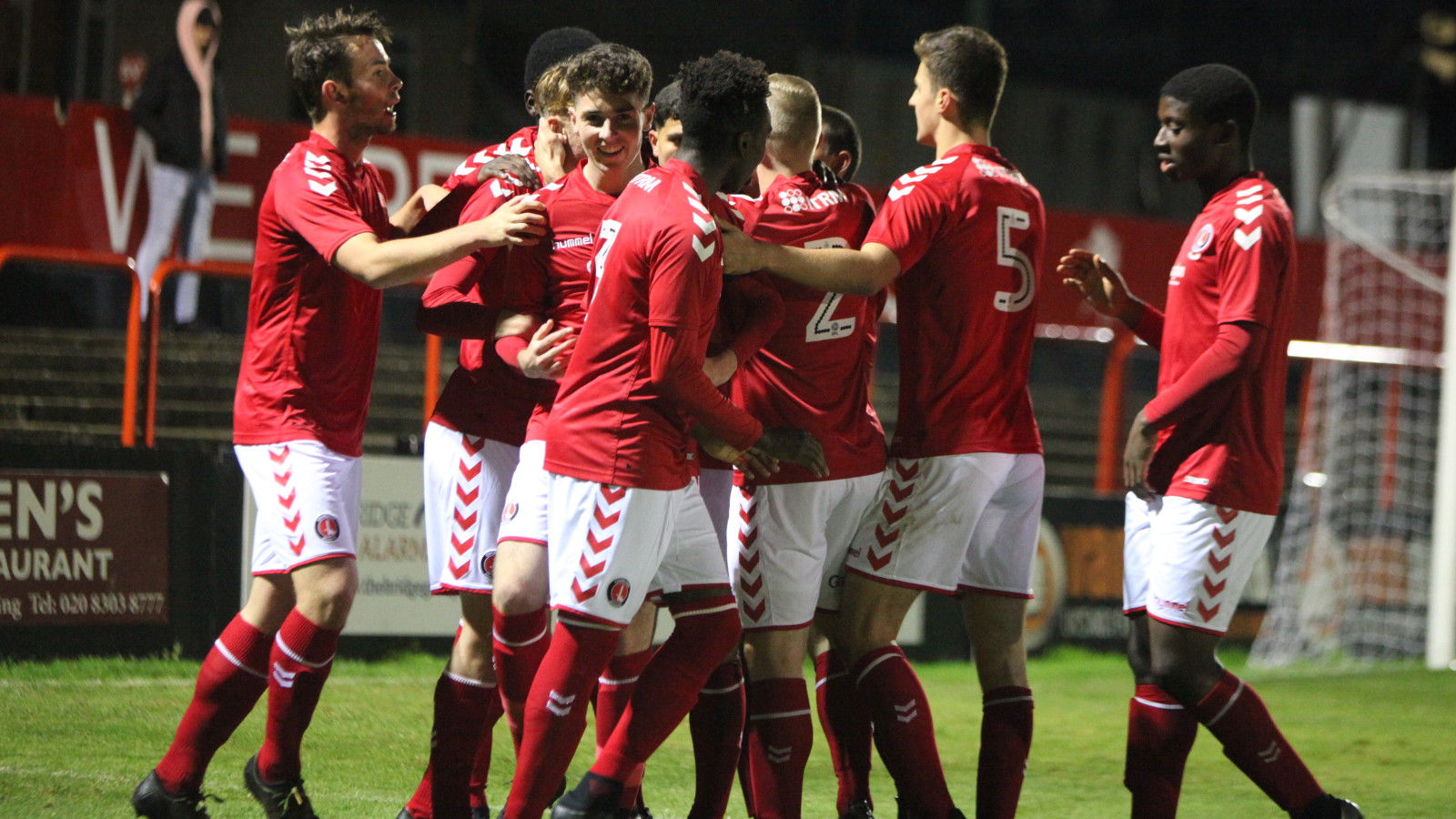 A first-half double from Alfie Doughty set Charlton on their way to victory in the first round of the FA Youth Cup against Whitehawk on Wednesday evening.

The winger netted once with his left foot and once with his head to put the Addicks in control, with Albie Morgan and Kareem Isiaka adding further goals after the break.

Hawks, competing in their first ever match in the FA Youth Cup, briefly reduced the scoring to 3-1 during the second half through Anesu Sisimayi’s header but Charlton were never in danger of letting their lead slip.

The result means that Sergei Baltacha and Hamza Serrar’s side will now make the long journey to Exeter City in the second round of the competition.

Morgan fired the game’s first chance at goal on two minutes but visiting stopper Gregor Shaw got his body behind the 18-yard strike to save.

First-year scholar Jeremy Sarmiento dragged a strike off target from a similar position with six minutes on the clock and Doughty was then foiled by Shaw when in on goal, as the Addicks continued to make the early running.

Charlton were rewarded for their quick start on 11 minutes. A lovely ball from Morgan picked out Doughty on the left and after taking possession into the box he drove the ball into the corner of the net.

Morgan was at the heart of a lot of the Addicks’ good play and on 26 minutes he freed full-back Jordan Zemura on the left, with the Whitehawk defence doing well to hack his cross clear.

Morgan then put Alex Willis in goal and after he was denied by a great save from Shaw the loose ball dropped for Doughty, who headed home his second of the match to make it 2-0.

A brave block from visiting defender Daniel Addy prevented a fierce Sarmiento strike from troubling Shaw before, five minutes before the break, a Brendan Sarpong-Wiredu header bounced off the top of the crossbar.

Whitehawk rattled the frame of the goal themselves seconds before the break, with Robert Deda’s set-piece rebounding back into play having flown over Addicks stopper Ed Harvey.

Baltacha and Serrar’s side held a two-goal advantage at the break and they extended their lead six minutes after the restart.

The influential Morgan robbed Lewis Bond of possession and drove forward to score, but Hawks quickly pulled one back when Sisimayi converted at the near post from a corner.

Charlton almost restored their three-goal lead on 57 minutes when Sarpong-Wiredu crossed from the right, only for Willis’ header to whack the bar.

Isiaka, who had replaced Sarmiento, did make it four on 64 minutes, though. Again it was Morgan with the assist. He put the replacement in on goal and he made no mistake with his finish.

Hawks were dealt another blow with a quarter of the match remaining when goalkeeper Shaw had to make way with an injury. With no substitute stopper on the bench, winger Joseph Bull had to go between the sticks.

Charlton were unable to beat him, as the scoring remained the same, and the young Addicks will now head to Devon in round two.