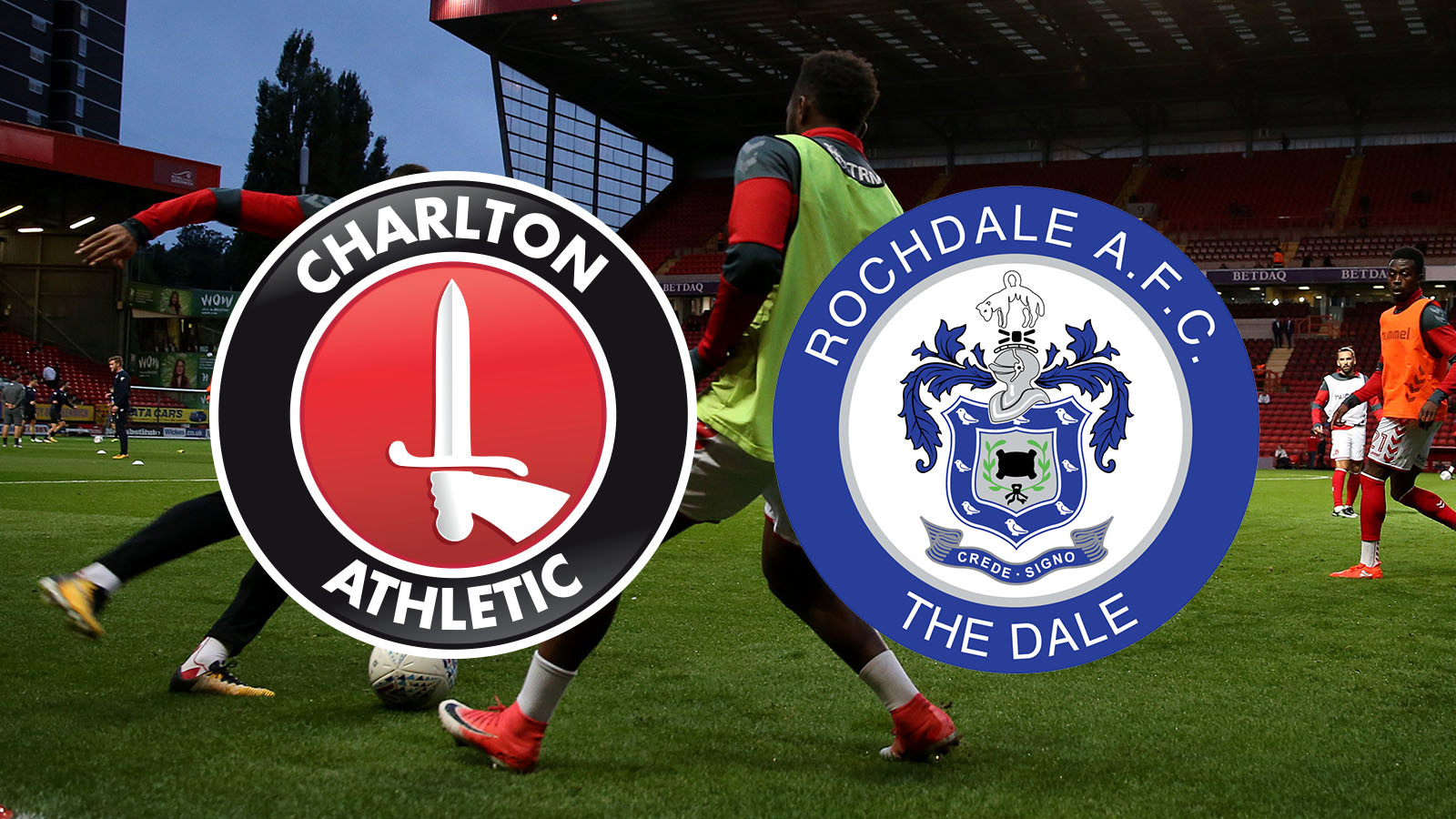 Charlton will be looking to get back to winning ways when they host Rochdale at The Valley on Tuesday night (7.45pm).

Tickets for the fixture remain on sale and you can purchase yours online by clicking here.

Karl Robinson’s men returned from the international break by recording a 2-2 draw against Milton Keynes Dons at the weekend.

Despite an encouraging performance, a last-minute Kieran Agard penalty was enough to earn the visitors a point, sending Charlton into fifth spot in Sky Bet League One.

Dale visit SE7 on the back of a 3-1 loss away to Oldham Athletic and a win for Charlton would provide a vital three points in their quest for promotion.

Karl Robinson confirmed in his pre-match interview that he will be without Billy Clarke and Tariqe Fosu.

Clarke remains sidelined as he recovers from a calf injury, whilst Fosu, who played the last 24 minutes against the Dons, will miss the game after aggravating a quad injury.

However, Robinson did reveal hope that Patrick Bauer may make his return from a groin injury. Harry Lennon and Lewis Page remain sidelined.

The visitors will be without Keith Keane, who is still recovering from surgery.

Tuesday will be the 15th meeting between Charlton and Rochdale, with the first dating back to January 1947, which was a 3-1 FA Cup win for the Addicks. Charlton, of course, went on to lift the trophy that year and you can read more about the triumph on our history pages by clicking here.

The south-east Londoners have come out on top in eight of the fixtures between the clubs, compared to Dale’s three wins, while there have also been three draws.

The last meeting between the sides saw them share a 3-3 draw at Spotland.

Charles Breakspear will take charge of Tuesday’s match against Rochdale at The Valley.

Breakspear has already taken charge of two Addicks games so far this season - the home match against Wigan Athletic and the 1-1 away draw at Oxford United.

The Valley match-up will be the seventh game he has officiated in the Sky Bet League One in 2017/18 and so far he has brandished 31 yellow cards and one red in those matches.

He will be supported by linesmen Darren Wilding and Paul Kelly, with Marc Wilson taking over fourth official duties.

Seats remain on sale for Tuesday’s match and will be available to purchase right up until kick-off.

Supporters can, as always, take advantage of the early-bird rate up until 1pm on the day of the game, with matchday prices being introduced after that.

Half season tickets are now also on sale with prices starting at just £125 for adults. You can find out more here.

The bar will be open to all season ticket holders and Charlton fans with match tickets.

If Charlton score three or more goals and get three points, fans will be entitled to a free pint as part of the Heinken Hat-Trick promotion – more information can be found here.