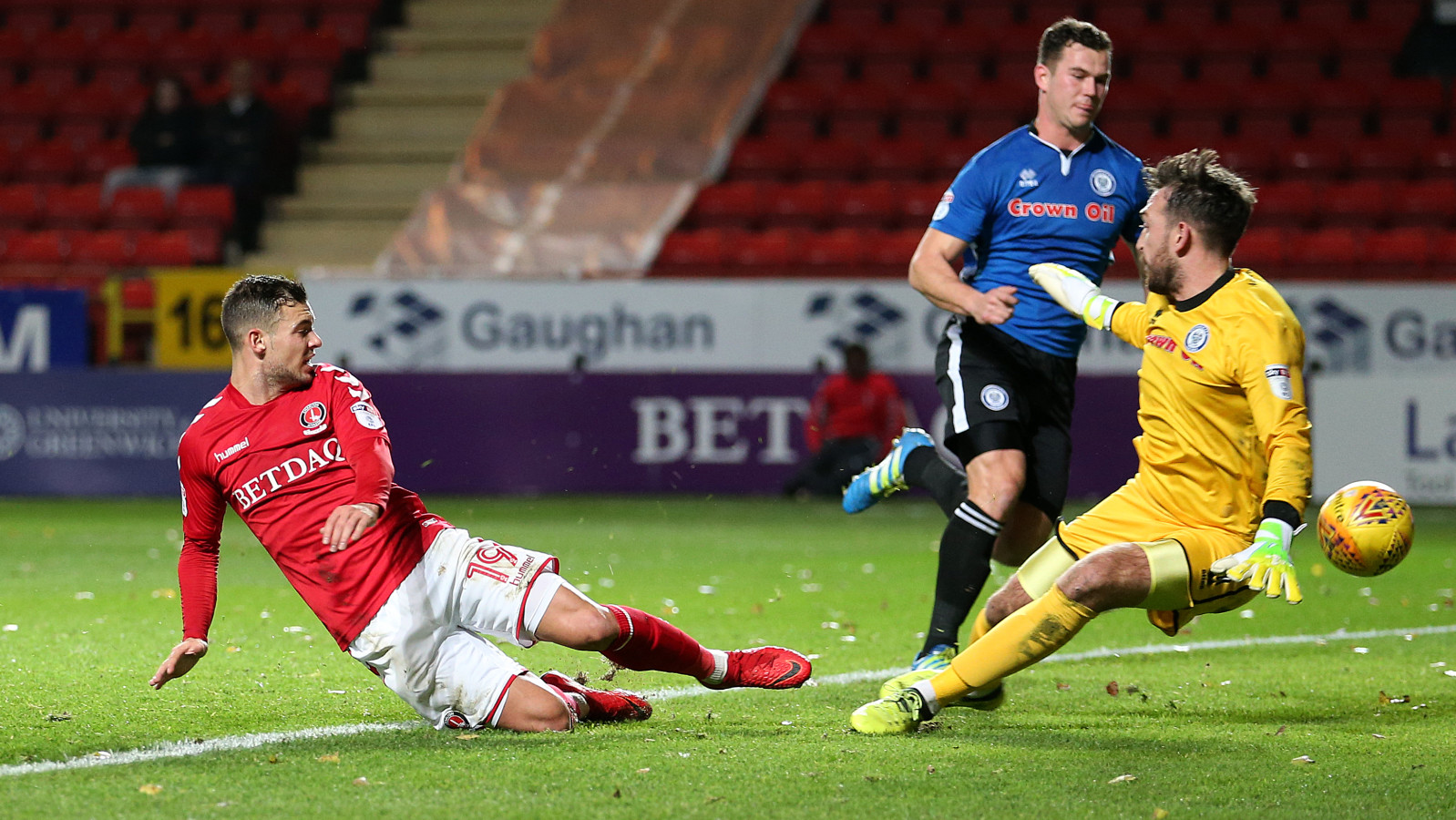 Karl Robinson sat down with the local media on Thursday morning to preview Charlton’s away trip to Scunthorpe United on Saturday.

The manager talked about Jake Forster-Caskey, the club's impressive unbeaten run and more.

"Look at Jake's goals. They are almost strikers' goals. When I worked with him two years ago [at MK Dons], he used to wait on the edge of the box for things to come out to him to finish. Now he is going in there and it's dropping to him and he's finishing. He's a bit more like Jimmy Case.

"Jake's talent is unreal. His ball striking his exceptional. So he is always going to have that and now he has the art of nicking goals. He's astute in his development. He's only 23 and it shows how young he is, and he has a long career ahead of him. This could be the foundation."

On being a year as Charlton manager (as of tomorrow)

“I’m proud to still be here. It’s another chapter and storyline for you (journalists), but from my perspective it’s not something that crosses my mind.”

"The run we are on has no relevance on us. Sometimes when you go on a run like this, people get infatuated by staying unbeaten. I’d rather try and go and win the game. We have got to keep trying to push and push even if we are the away team.”

"We go into every game knowing it's a tough game at this level. They are stronger this year because of the unity they’ve got. They’ve got four or five strikers who are top at this level and their midfield is very strong. Their back four is very strong. So it will be a really interesting game."

A matchday pass for Valley Pass gives you 48 hours access for just £4. So if you were to buy for this weekend that could include: