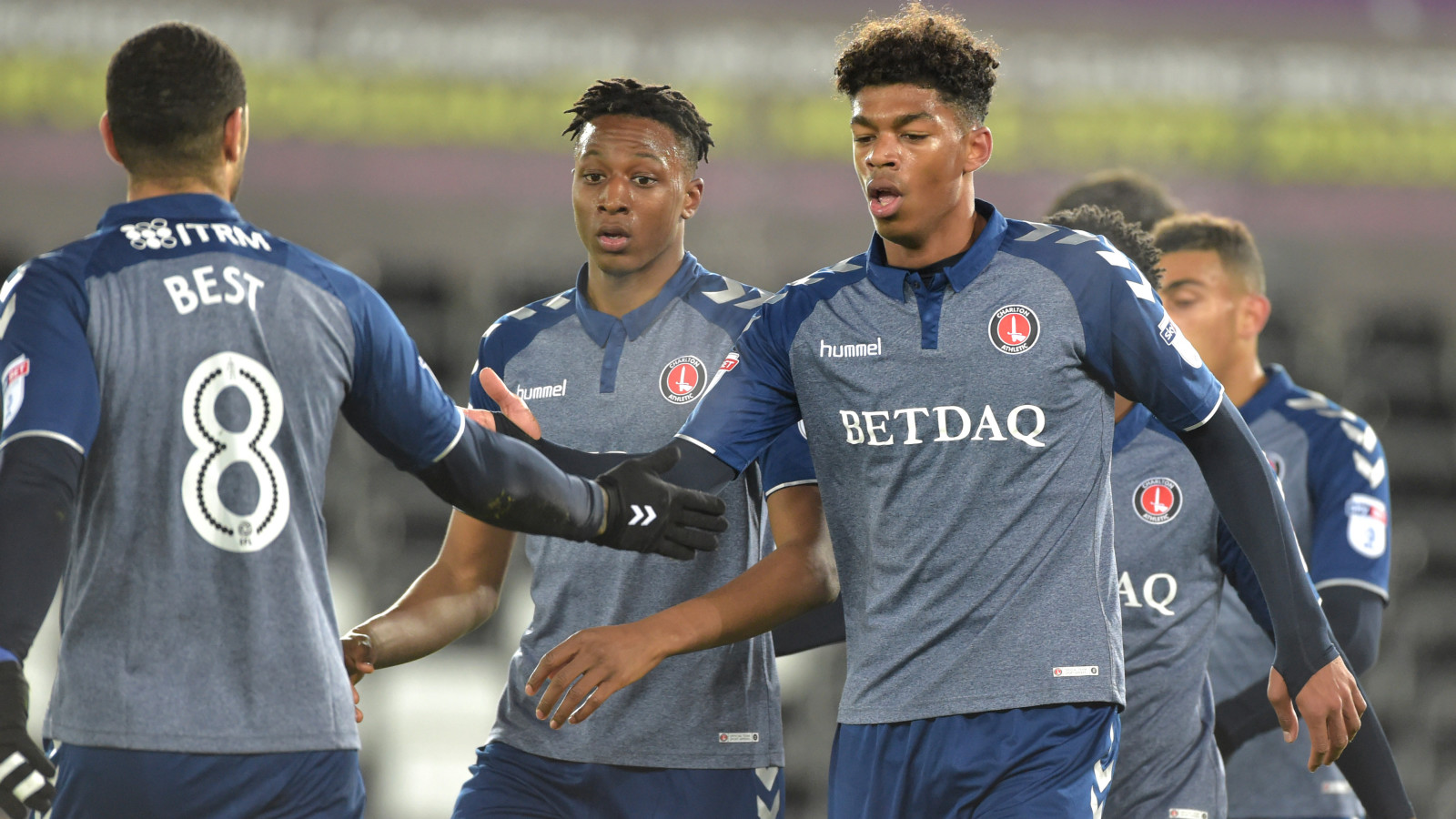 Charlton booked their place in the last 16 of the Checkatrade Trophy thanks to a 3-2 victory over Swansea City U21s at the Liberty Stadium on Tuesday evening.

The Addicks were behind early on, but quickly found themselves in front thanks to the goals of Reeco Hackett-Fairchild and the in-form Karlan Ahearne-Grant who netted his third goal in three games.

And although the Swans levelled before half-time, Hackett-Farichild’s second of the evening early in the second period ensured a safe passage through to the next round, while there were important run outs for Jason Pearce and Harry Lennon as they make their returns from injury.

The home side took an early lead with nine minutes gone with the first shot on goal of the evening.

Gorre, who proved to be a real threat for the Swans, made a good run across the edge of the box before firing low across Dillon Phillips and into the bottom right-hand corner.

The forward, who spent last season on loan at Northampton Town, threatened again twice soon after with similar efforts both saved by Phillips, but it was not long before the Addicks were level.

Leon Best held the ball up just inside the right side of the box and teed up Joe Aribo, who squared the ball into the box for the waiting Hackett-Fairchild.

With his back to goal, the 19-year old turned brilliantly and rifled an excellent finish into the roof of the net to restore parity.

The goal gave the visitors a boost in confidence and they came close to a second soon after when Ahearne-Grant chased the ball down to the byline and stuck it into the danger area with Best in a good position and the goalkeeper taken out of the equation. But a vital interception from a white shirt denied what would have been a certain goal.

Karl Robinson’s men did get their second just after the half-hour mark, however, with Ahearne-Grant continuing his hot streak by finding the net for the third time in seven days.

Dashing into the box from the left, he drilled in a shot from a tight angle which was too powerful from Swans keeper Gregor Zabret, squirming under him and over the line.

But Swansea made sure they would head into the break on level terms, equalising in the 41st minute courtesy of Jordan Garrick, who rounded off a well-worked move down the left by firing first time into the bottom right corner.

With Pearce having gained 45 minutes under his belt, he was replaced by Lennon at half-time, and the Addicks emerged for the second half with a spring in their step and found themselves ahead just six minutes after the restart, with Hackett-Fairchild bagging his brace.

A corner from the left-hand side took a bounce in the box and arrived in front of the striker with his back to ball once again. This time, he improvised brilliantly, hooking the ball over his head and into the net from eight yards.

That would prove to be enough for the visitors, and although Charlton had to face up to some late pressure in the latter stages of the game, the defence stood strong as Robinson’s men take their place in the next stage of the competition.