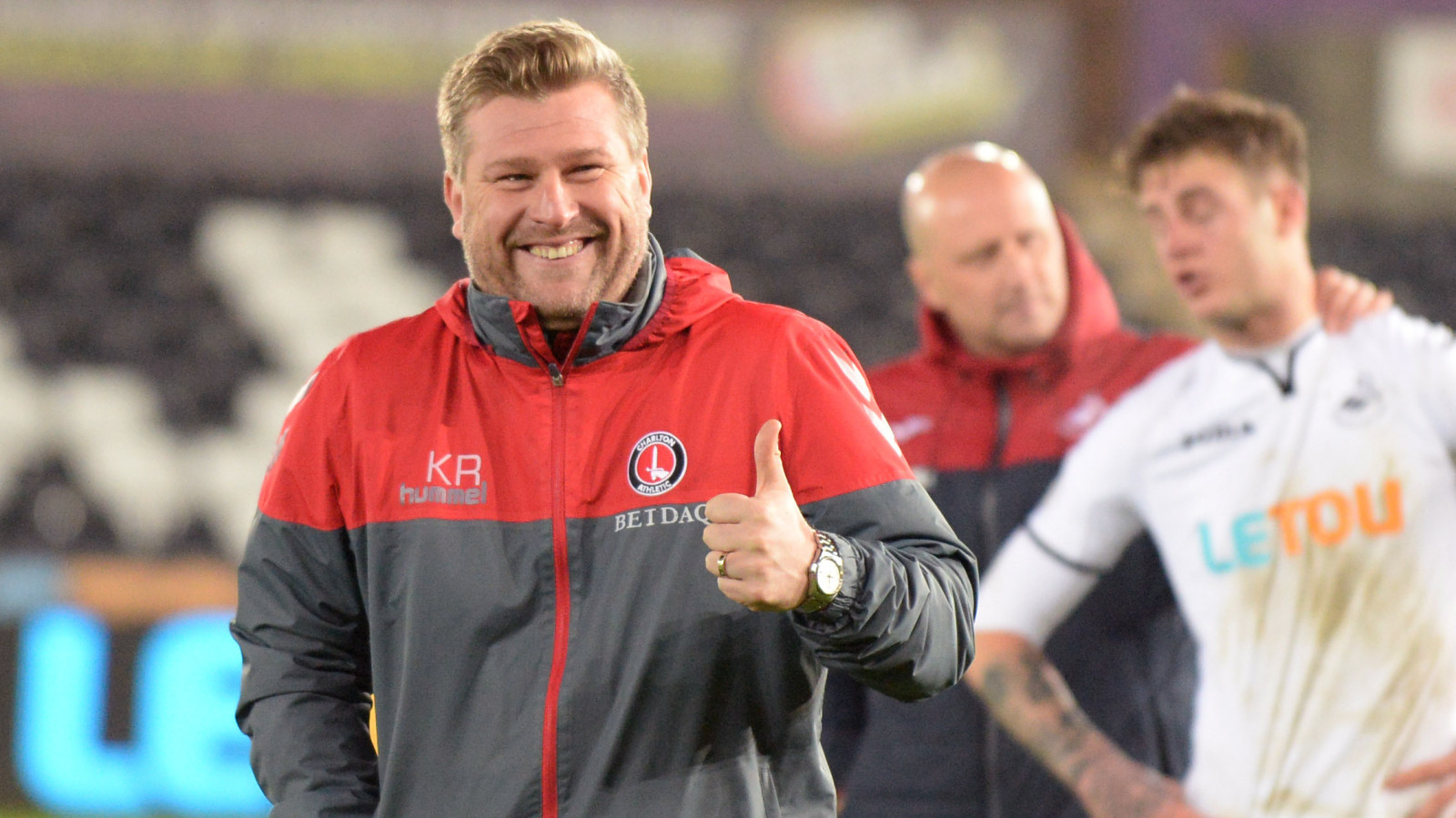 They are one of the best academies in the country and what Swansea have done over the last 10 years is testament to their board. They’ve developed a lot of good young players, so we knew it would be difficult.

We had four or five players who played 48 hours ago and players who were coming back to fitness, so it was a mish-mash in some ways and we knew it would be difficult in the last 15 minutes.

We tried to play our football and once we got ahead it became a bit more route one and we looked a bit fatigued. But I said to the players with 10 minutes to go to manage the game because it’s a different type of challenge against these kids and, to be fair, they managed it well.

On his young players…

Reeco was excellent and so was Karlan, who’s now got three in three. There are a lot of positives to take for the young players. Anfernee Dijksteel showed tremendous quality.

I love bringing young players through. It’s something I pride myself on as an individual. I love working with them and disciplining them. I’m hard on them, but I don’t apologise for that, because we’re here to make men of them and make them into footballers. We have to be ruthless as well as loving and caring at times and that comes with them learning.

What you’ve seen today is what is going to go on in front of us in many years to come with the tremendous talent that Steve Avory and Jason Euell bring through.

On the Checkatrade Trophy…

We’re through and we’ll see what comes next. We’re four games away from getting to Wembley and when you look at the competition, we’re one of the strongest in it so we’ll be one of the favourites to win it.

We’ll take the next game very similar to this one, and if it becomes a stage when we’re getting closer to Wembley and it’s not going to affect our league campaign, it will certainly be something we push on with.

On the travelling fans…

We’ve come to this wonderful stadium which is a difficult trip to make, so we thank the 20-odd fans that came here for their support. It was a very, very weird situation seeing such a small crowd in a massive stadium like this!

But we still had to perform and we’ll make our way down the M4 and back to London in a positive mindset.

On recalling Regan Charles-Cook from Woking…

We felt that we were that small on numbers that we needed him. The boy has been doing really well, he played against Peterborough and got a draw, so he’ll go back and play away against Gateshead at the weekend.

He’ll drop back into their training schedule on Thursday and he’ll be hoping to get himself in there for their replay in the FA Cup. He’s had an amazing journey there.

We’re very low on numbers. Our U23s played yesterday with one of the youngest U23 sides we’ve ever put out, so we’ve literally got nothing left in the building.

As a football club, we get on with it. After Saturday it’s 11 games in six weeks, so it’s been a grueling programme and has taken its toll on some of our players, but we’re still winning games, by hook or by crook!

The full interview will be available on Valley Pass this evening.