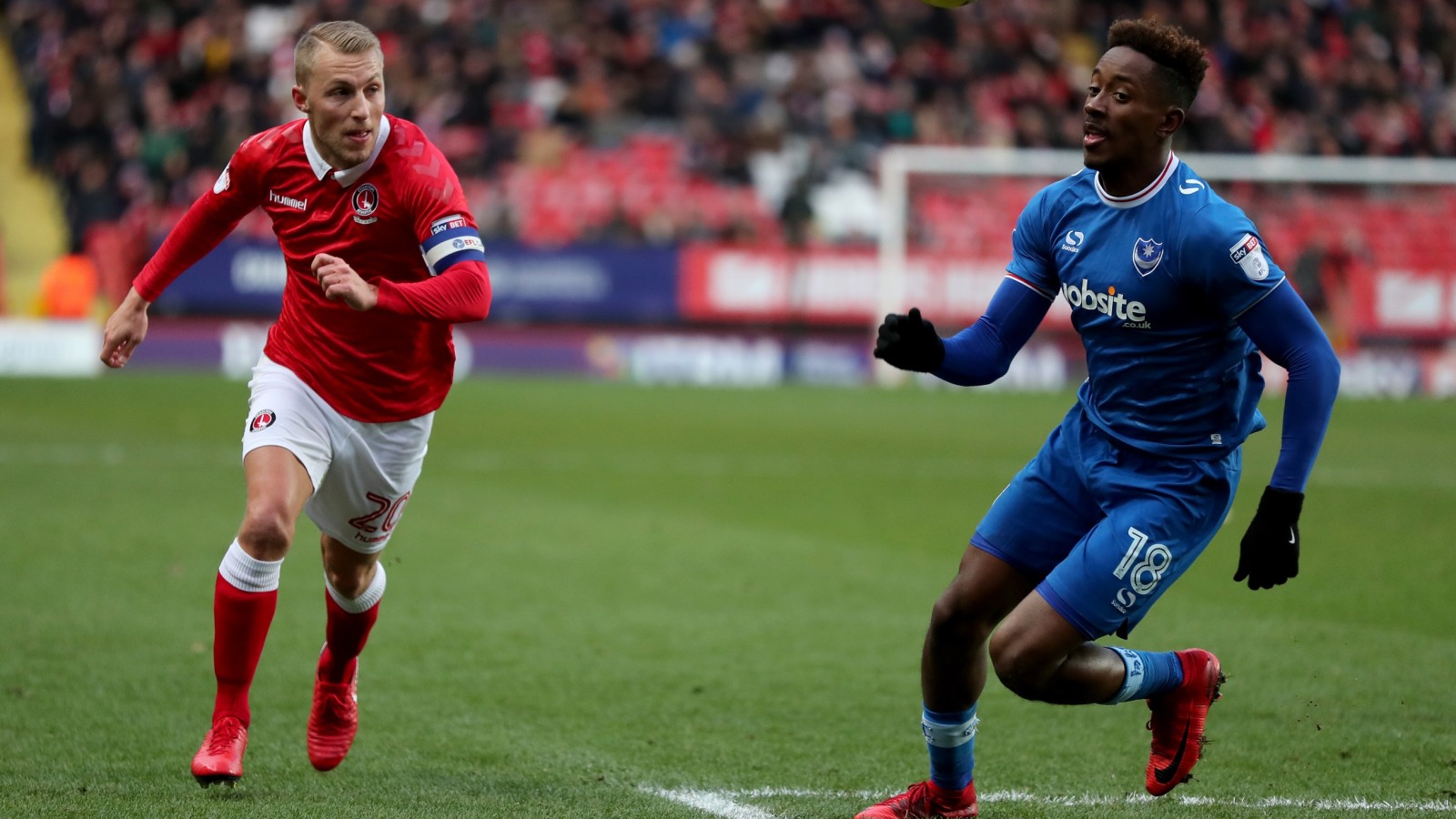 The score when Charlton beat Portsmouth on December 5th 1992 was 1-0 but it was the visitors who came out on top by the same scoreline on the 25th anniversary of that great day.

There was a celebratory atmosphere before kick-off as excitement built with the game dedicated to celebrating the anniversary. Opera singer Martin Toal performed three songs giving the game a sense of occasion and former players, that were on the pitch in that first game, led the teams out.

Charlton started with the intent the occasion deserved with Josh Magennis immediately winning the ball back from a Portsmouth kick-off.

The Addicks continued with real intensity and controlled large spells of the first 20 minutes with a lovely bit of skill from Jay Dasilva to beat three players and a chipped cross to the back post causing the most danger.

Portsmouth had very little of the ball and first challenged Ben Amos in the 29th minute when he did well to palm over a Gareth Evans effort from outside the area.

The Addicks forced a saved from Luke McGee in the 35th minute when Ricky Holmes touched out wide for an overlapping Dasilva. The full back progressed down the wing and fed back to Holmes, who had collected just inside the box. Holmes took a touch and fizzed a shot towards goal which was palmed over by McGee.

At the other end Solly blocked brilliantly Conor Chaplin’s effort and Amos saved O’Keefe’s follow-up as the game opened up.

McGee was forced to tip over again with half time approaching after Dasilava collected a clearance from a corner, moved the ball onto his left foot and curled an effort towards the top corner of the Portsmouth goal. The goalkeeper was quickly across to save and from the resulting corner an Ezri Konsa header clipped the outside of the Portsmouth post.

Just before half time Mark Marshall found space in between the defense and midfield line but his effort from just outside the area was deflected over. Nothing came from the resulting corner and that would be it from what ended up a pretty even first half.

Portsmouth were awarded a rather generous free kick to start the second half and took full advantage with a dangerous cross from Evans that looked like it came off the head of Magennis giving Amos no chance to put the away side 1-0 up.

The Addicks weren’t to be deflated though and in the 54th minute broke forward on the counter attack with Holmes’ cross from the right just too heavy for Magennis and Marshall.

Brett Pitman had a great chance to make it 2-0 on a cut-back cross from the right but the former Ipswich Town man blasted his effort over.

In the 65th minute referee Andrew Madley pointed to the spot with Chris Solly adjudged to have pulled back Pitman. Amos made an incredible save to deny the striker and keep Charlton in the game.

With time running out substitute Leon Best was denied by McGee after some great work by Charlton down the right and a well-flighted Solly cross. The striker’s header on the run was low and pawed away by the goalkeeper.

Madley added just three minutes of stoppage time and despite continuing to throw the ball forward the perfect comeback on a special day was not to be.