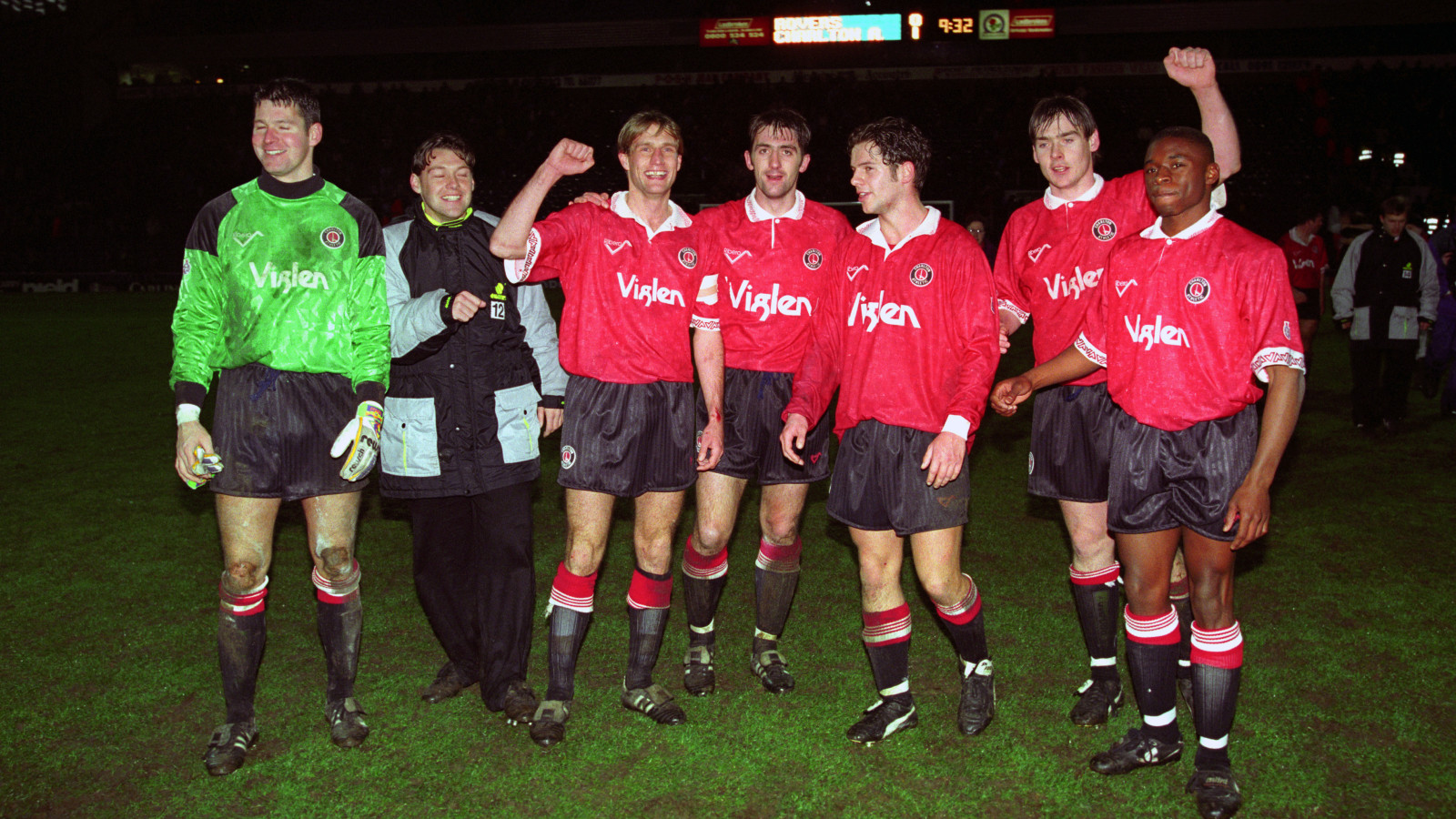 With the Addicks heading north to take on Blackburn Rovers on Saturday, we take a look back at five memorable away days at Ewood Park from over the years

The second-tier Addicks pulled off somewhat of a giant killing with a cup victory over Rovers, who were flying high in second place in the Premier League.

After a goalless draw at The Valley, the tie moved on to Ewood Park for a replay and Darren Pitcher’s 15th-minute strike proved to be the difference as Charlton advanced into the fifth round.

It may not have been a win, but a draw was enough to secure the Division One title – Charlton’s first championship crown since 1935 – and an immediate return to the Premier League.

Mathias Svensson’s 23rd-minute strike was cancelled out by Lee Carsley’s penalty midway through the second half, but it mattered not. Manchester City’s 2-2 draw at Portsmouth ensured the title was going to south London as the travelling Addicks toasted being champions.

Charlton enjoyed a fine 2003/04 season in the top flight and, amongst some memorable victories on the road, a Monday-night win live in front of the Sky Sports cameras at Blackburn was one of the best.

Herman Hreidarsson proved to be the hero of a fine performance on the road, heading home from Paolo Di Canio’s corner with 33 minutes on the clock.

The Addicks enjoyed some new year cheer at Ewood Park thanks to a stunning Dale Stephens strike and a text book Yann Kermorgant header.

Stephens thundered a 25-yard volley into the back of the net on 26 minutes, but Jordan Rhodes pegged the Londoners back early in the second half.

Kermorgant, however, would have the final word, jumping highest to power in a header to earn all three points in Lancashire.

Simon Church scored the only goal in Charlton’s last victory at Ewood Park back in 2013.

The Welsh international took a fine first touch from Dale Stephens’ lofted pass before sending a good finish past the keeper to give Chris Powell’s men a deserved three points on the road.