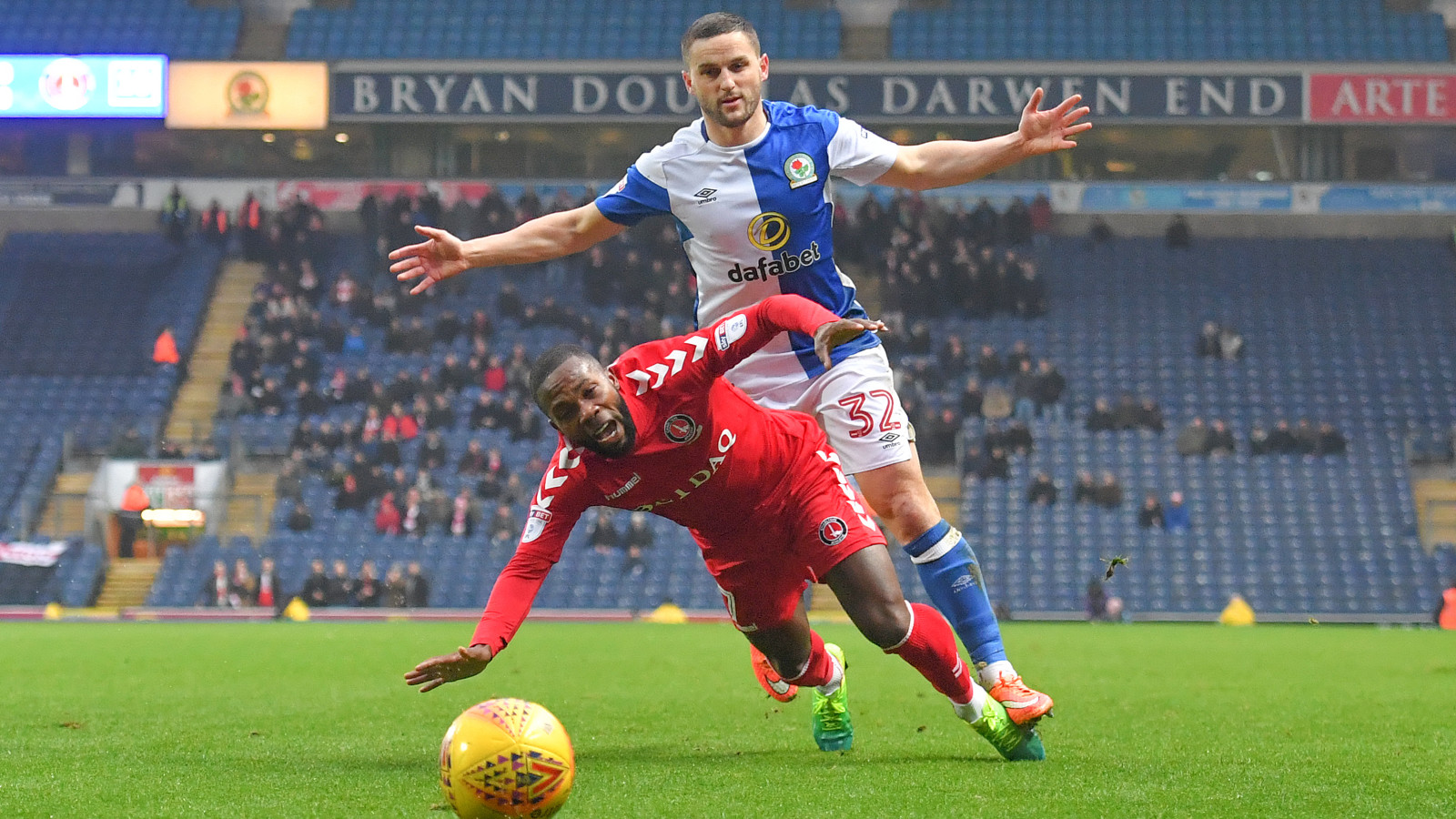 Charlton slipped to a 2-0 defeat at the hands of in-form Blackburn Rovers at Ewood Park on Saturday afternoon.

An own goal separated the sides for the second week running, this time via Leon Best, on an afternoon in which the Addicks were arguably the much better side. But a dominant second-half display did not reap any rewards as the Londoners were made to suffer a second straight loss, with Danny Graham netting a second at the death to round up a scoreline which certainly did not reflect the balance of play.

There was a welcome return to the starting lineup for Jason Pearce, who came in to make his first league start since suffering injury in September. He slotted into the side in place of Naby Sarr, while Ben Reeves’ inclusion was the only other change, with Ricky Holmes missing out with a tight quad.

The first effort of the afternoon went the way of the visitors with Josh Magennis sending a shot whistling wide of the post from 30 yards after just one minute, while Billy Clarke snatched at a shot from the edge of the box on 14 minutes following some fine build-up play down the left.

Rovers, meanwhile, whipped a couple of dangerous crosses into the box in the early exchanges as the two sides played out a somewhat cagey opening half-hour, but the Addicks were dealt a blow when Clarke was forced off with an injury, allowing Best to emerge from the bench against his former club.

It would prove to be a nightmare return for the striker, however, as it was not long before he diverted a Charlie Mulgrew free-kick past Ben Amos an into his own net to gift Rovers the lead.

Moments later, the hosts should really have been further ahead when a corner dropped in front of Derrick Williams in the six-yard box, but the full-back could not get the connection which would have resulted in a certain second goal.

Charlton’s best chances of the first period came in the dying minutes of the half, first from Jake Forster-Caskey’s corner delivery which found Magennis at the far post, but the Northern Ireland international could only head into the side-netting from a tight angle.

And then, an even better opportunity saw Best tee up Reeves in the box, only for the midfielder to see his shot smothered by keeper David Raya from 12 yards.

Reeves came close to making amends for that miss five minutes after the restart with Raya making another good save, this time from a fine, curling effort which looked to have been heading straight for the bottom left-hand corner of the box.

Karl Robinson’s men came close again shortly after when another dangerous Forster-Caskey corner was headed into the danger area of the six-yard box, but no one could get the touch to turn it in, while Reeves saw a tame shot saved by the keeper at his near post.

It was the Addicks who were having much the better of the second half as the Ewood faithful became audibly concerned for their single-goal lead, but a Blackburn breakaway with 15 minutes remaining very nearly saw Craig Conway score a second against the run of play, but he could only drag his effort past the post.

In truth, Charlton’s second-half performance was deserving of at least a point. Forster-Caskey’s volley saw Raya spring into action once again, while Best sent a header looping over the bar, but it was to all end in frustration with that deserved equaliser not forthcoming.

Indeed, in the fourth minute of injury time, a Graham header from close range compounded that frustration, giving the scoreline a far more flattering gloss than the hosts deserved.