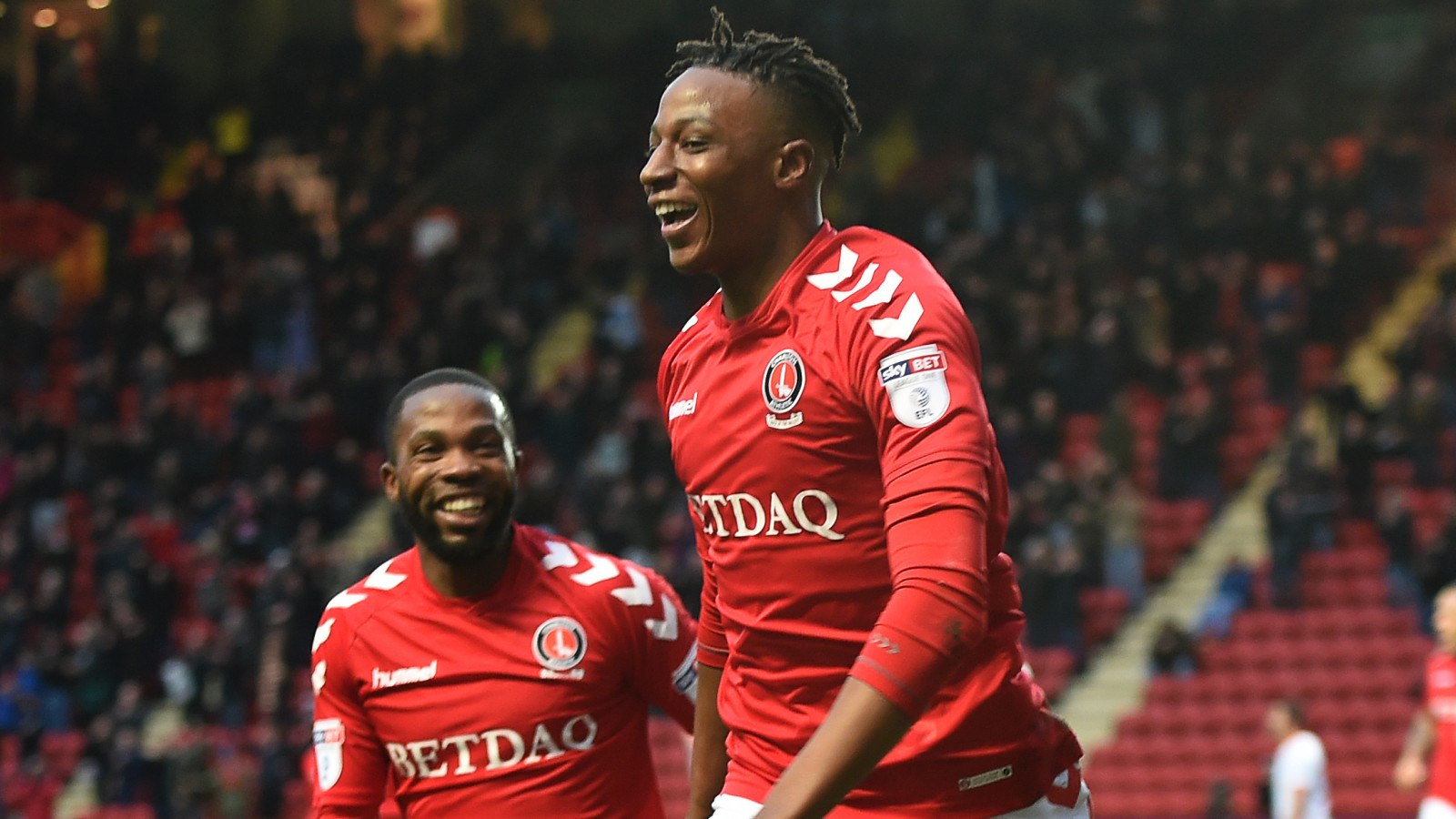 Joe Aribo scored his first league goal for an injury-hit Charlton but a late Blackpool equaliser meant the Addicks only managed a point from their last game at The Valley in 2017.

Charlton were without eight first team players so Academy starlet Anfernee Dijksteel was handed his first league start and there was a return to the starting lineup for Johnnie Jackson.

Despite the injuries Charlton controlled much of the game after taking a 15th minute lead and the late equaliser, from a dubious free kick, will have left manager Karl Robinson and the Charlton faithful feeling frustrated.

The home side started the game brightly and won an early corner when Leon Best turned his defender inside-out and attempted a cross to the back post which keeper Ben Williams was forced to touch over his own bar.

At the other end Ben Amos was first called into action when he made a neat save low to his left in the 14th minute stopping an Armand Gnaduillet effort that may have come off Ezri Konsa.

Charlton took the lead a minute later through a brilliant individual goal from Aribo. The midfielder collected the ball outside of the area from a clever Naby Sarr pass. From there he slalomed his way past two Blackpool defenders and finished neatly with a left-footed effort into the bottom corner past the onrushing Williams.

Magennis had a chance to make it 2-0 when he powered past his defender to meet a deep cross from Mark Marshall. The Northern Ireland international couldn’t quite control his volley which bounced over.

Williams denied Best in the 28th minute with a brilliant save when the striker got a diving header on a wonderfully whipped cross from Jay Dasilva on the left.

Some clever work from Magennis on the left in the 32nd minute set up another decent chance. Magennis turned his defender and sped away down the wing, his cross was pulled back into the path of the arriving Best who dragged a left footed effort past the Blackpool post.

While Charlton had much of the first half the visitors weren’t without threat and just minutes before the break Gnanduillet hit just wide after a nice passing move.

The Addicks though went in deserved leaders at the half-time, having the better of the chances and possession in the first half.

Charlton came out with intensity for the second half and immediately created a chance when high pressure from Magennis and Marshall forced a turnover and the latter couldn’t quite hit the target with a driven effort from the left.

The game was more evenly split after half time but neither goalkeeper had much to do for large parts although Charlton did question whether Williams handled outside his area at one point and the visitors had a penalty appeal turned down.

Best limped off in the 63rd minute and may well be another addition to the injury list during this busy period of Christmas games.

George Lapslie came on for his first league appearance in the 74th minute replacing Ben Reeves and was immediately in the action. The youngster played a lovely one-two with Aribo and his effort from just inside the area was blocked behind for a corner.

Blackpool scrambled an 88th minute equaliser when Gnanduillet pounced on a goalmouth scramble after the visitors had been given what looked like a very generous free kick.

The Addicks battled hard throughout and finished the game with five Academy graduates on the pitch but were unable to take the lead again in the five minutes of stoppage time.

Full reaction from Karl Robinson to follow. His full interview will be available to watch on Valley Pass.