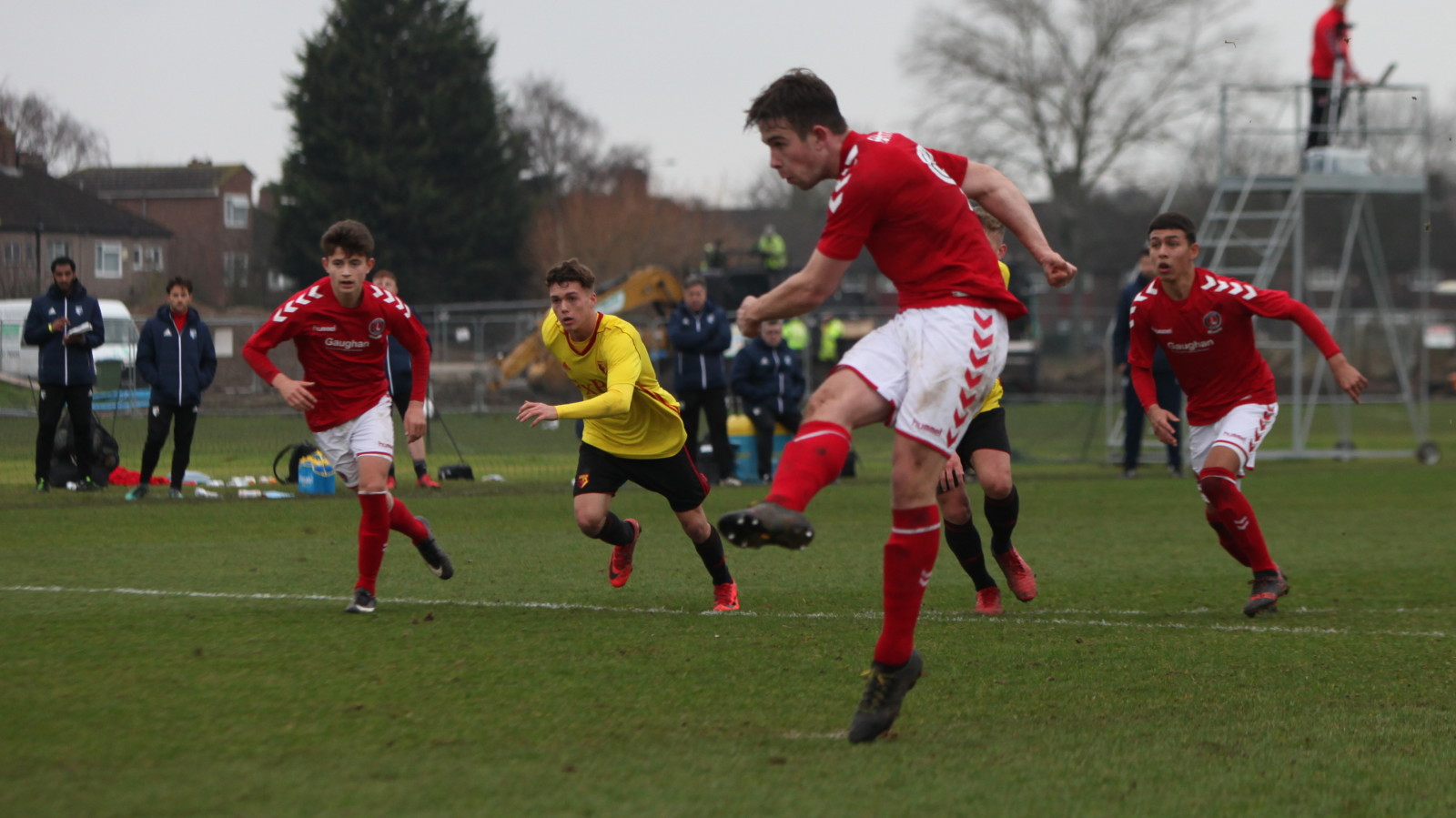 A double from Alex Willis and a goal apiece from Brendan Sarpong-Wiredu and Jeremy Sarmiento saw Charlton’s U18s thrash Watford at Sparrows Lane on Friday afternoon.

All of the Addicks’ goals came in what was a rip-roaring first-half display and after the break they defended superbly to protect their clean sheet.

The result is Sergei Baltacha and Hamza Serrar’s side’s seventh in Professional Development League 2 South this season and moves them to within two points of the Hornets.

Charlton grabbed a third-minute lead when Sarpong-Wiredu rose highest at a James Vennings corner to glance the ball into the net, via the post, with his head.

It was almost two on 12 minutes when another Vennings flag-kick caused chaos in the box but Willis could only head over the bar from close range.

The Hornets’ Harry Forster curled an effort off target from a tight angle, in what was their first attempt of the match, and on 26 minutes the Addicks doubled their advantage, and in some style.

Sarmiento picked the ball up 25 yards from goal and dribbled beyond two men before whipping a low strike into the bottom corner.

Shortly afterwards, Alfie Doughty stung the palms of visiting goalkeeper James Hoskins with an angled drive, but Charlton would soon get their third.

Jordan Zemura was bundled to the floor by defender Tom Leighton and striker Willis hammered the resulting penalty down the middle.

And Willis made it four before half-time. Timing his run perfectly, he latched onto a pass to get in on goal and made no mistake with his finish.

Watford’s Yazid Kaikay had a strike deflected off target in what was the opening chance of the second period and, at the other end, Doughty saw a shot well blocked by the Watford defence.

Substitute Kareem Isiaka fired straight at Hoskins 20 minutes from time but the Addicks’ work in front of goal had long since been done as they recorded an impressive three points.