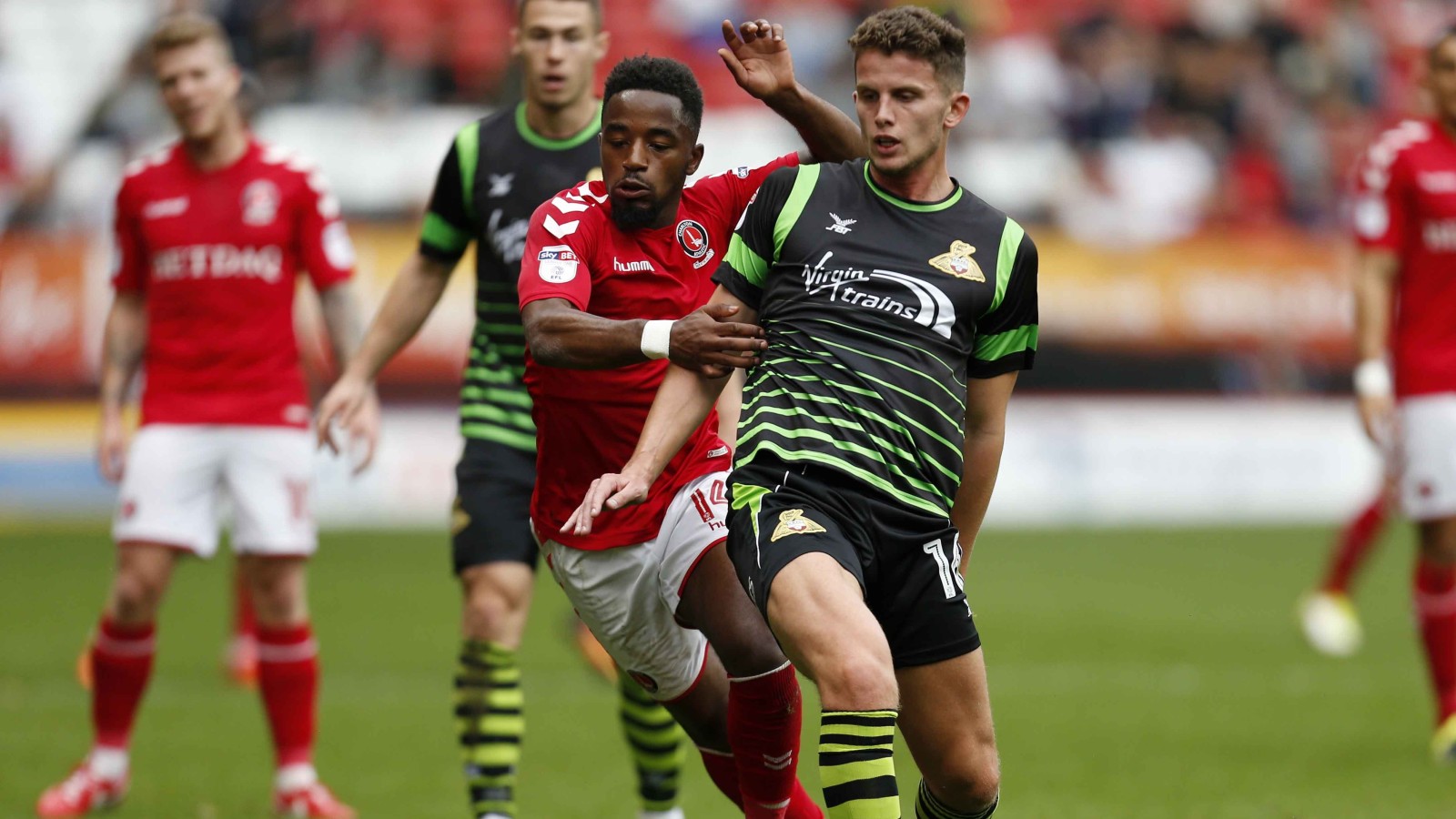 Charlton will make their third trip to Doncaster Rovers' Keepmoat Stadium on Saturday and, ahead of the clash, we have searched the unrivalled Valley Pass archive.

The two clubs have only met nine times in the past, with the Addicks coming out on top on six times.

Goals from three of those victories are available to view below, plus a strike that has been all-but wiped from the official record books as it came in a Valley abandonment.

Tariqe Fosu scored the only goal of the game in a 1-0 victory for the Addicks in the reverse fixture earlier this season. The winger scored in the ninth minute of the game when he drilled his shot home from the edge of the 18-yard box, low to the goalkeeper's right. This was Fosu's fifth goal in three games, as the youngster had hit top form for the Addicks, and they would hold on to take maximum points.

One goal separated the sides in this cagey affair in Yorkshire. It was to be Charlton's first win on their first visit to the Keepmoat Stadium, as Andy Gray headed the ball past the helpless Doncaster goalkeeper in the fourth minute to give the Addicks a 1-0 victory.

Charlton's home match with Doncaster Rovers in August 2013 was abandoned due to a waterlogged pitch at half-time. The Addicks were shocked as they fell three goals behind within the first 23 minutes through goals from Paul Keegan and Chris Brown, who netted twice. The referee decided to take the players off the field in the 26th minute, as he believed that the pitch was unplayable. Eight Charlton grounds-staff were joined by Doncaster players as they tried their best to get to get the game back on. Play resumed 10 minutes later and Simon Church managed to pull a goal back for the Addicks before Donny were reduced to 10 men when Keegan was shown a second yellow card just before the break. At half-time referee Lee Collins decided that the game could not continue and it was, therefore, abandoned at half-time.

Dale Stephens hit one of the goals of the season in the Addicks' 2-0 victory over Doncaster in the rearranged fixture in November 2013. Charlton started the stronger side and broke the deadlock in the 39th minute. Cameron Stewart's cross was headed away by the Doncaster defence and Stephens hit the loose ball first time on the volley from 25 yards out. The ball curled away from the goalkeeper and flew into the top left-hand corner of the net. Simon Church wrapped up the three points for the Addicks on the hour mark, with a clam finish when one-on-one with the goalkeeper.