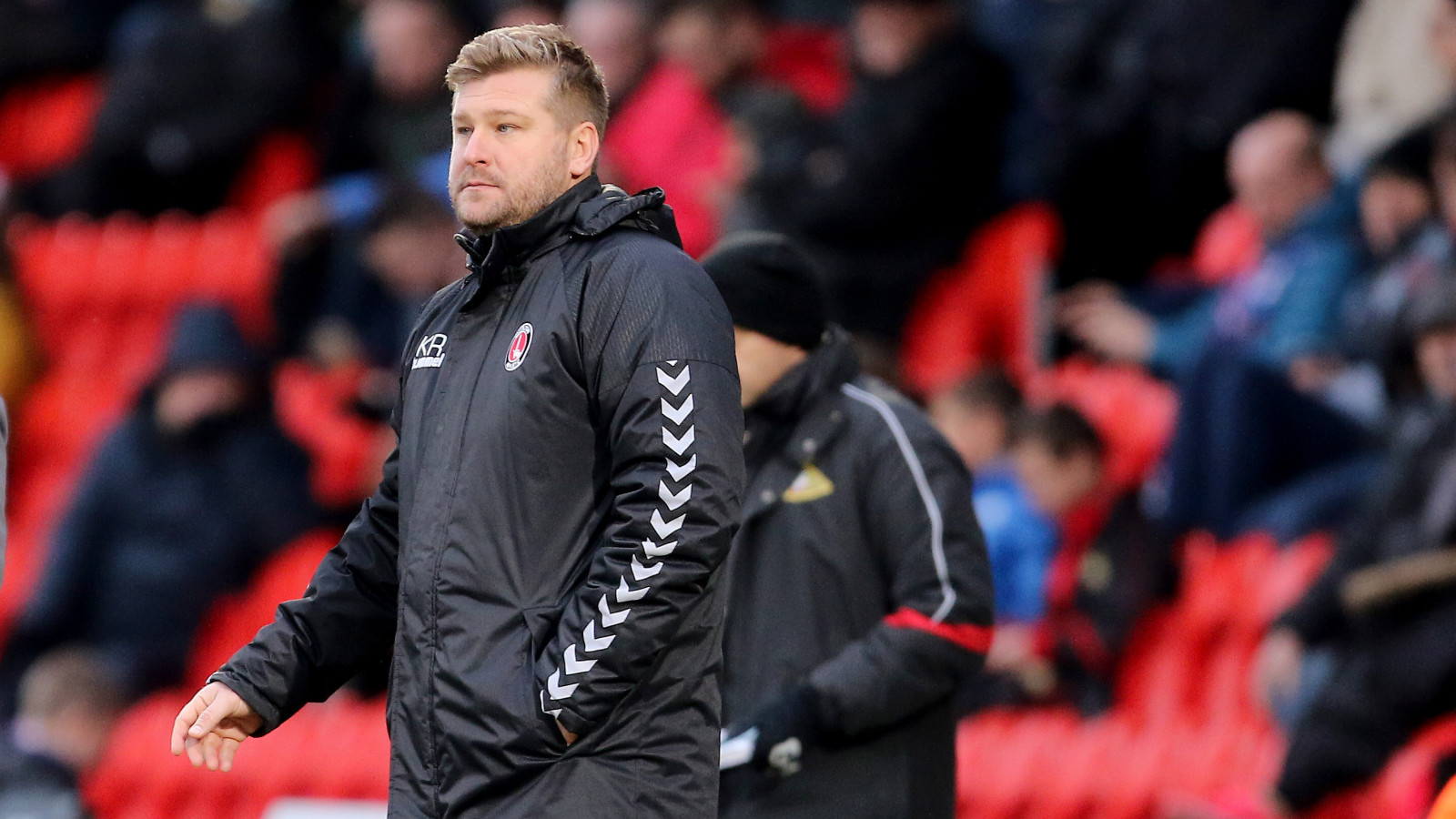 The Addicks controlled much of the game with Patrick Bauer netting his third goal of the season and Tariqe Fosu at his untouchable best but a late goal for the home side, who hardly troubled Ben Amos all game, meant Charlton will take only one point back to London.

A full post-game interview with Karl Robinson is available on Valley Pass.

On the late equaliser

"The players mentality is still the same, I don’t think they can be too disappointed with their performances. I think every player played really well but we’ve still not won the game and they’ve got one off us by a deflection.

"We had a number of opportunities. Ben only had one save (which was straight at him), we’ve come here and done our job and that’s the bit that’s frustrating.

"Everything we did today was to sure things up. They did not create a chance, so we’ve done our job but you have an unlucky deflection and it drops to someone and he scores.

"You don’t take your chances at 1-0. I said this last week, we need to be more ruthless when we go 1-0 up. We were excellent today, I don’t think anyone can write any negative thing about our performance, the big thing is we’ve just not turned a very comfortable position into three points. We need to find that ruthless edge."

On where the result leaves the team

"We’re two points outside the play-offs with two games in hand, I’m sure if you offered that to most teams they’d take that right now but if you don’t learn right now from these situations we’ll just drift the season away.

"We’re a mile ahead of where we were last year but because of the perfections of what we are trying to achieve, we’ve got to be more ruthless. We’re creating chances and didn’t take them."

"Tariqe was exceptional but he’s got to score. You can see he is still getting back to fitness. We’ve got to protect him for the next game and the next game, if he runs his little legs into the ground, he’ll find it very, very difficult."

On Tuesday’s game against Bradford being a big game

"It is, they’ll probably have a new manager by then as well and that will give them a bit more impetus. There is rumours that is almost done. We’ve got some big games coming up, Bradford then MK away. It’s a big week. We got a point, we wanted three, its not to be. We’ve not lost contact with anyone around us, maybe Rotherham maybe, but that’s bought Scunthorpe back into the back as well but we’ve got to play everybody as well. There are a lot of big games coming up."

On the travelling 783 fans

"The fans were excellent. Obviously they were disappointed at the end as we were. That’s amazing support to come up here and we feel like we’ve let them down a little bit."

"He trained today, he trained Thursday and Friday. He’ll recover tomorrow. He’ll train with us on Monday and there is a possibility he could be on the bench on Tuesday."

A full post-game interview with Karl Robinson is available on Valley Pass.