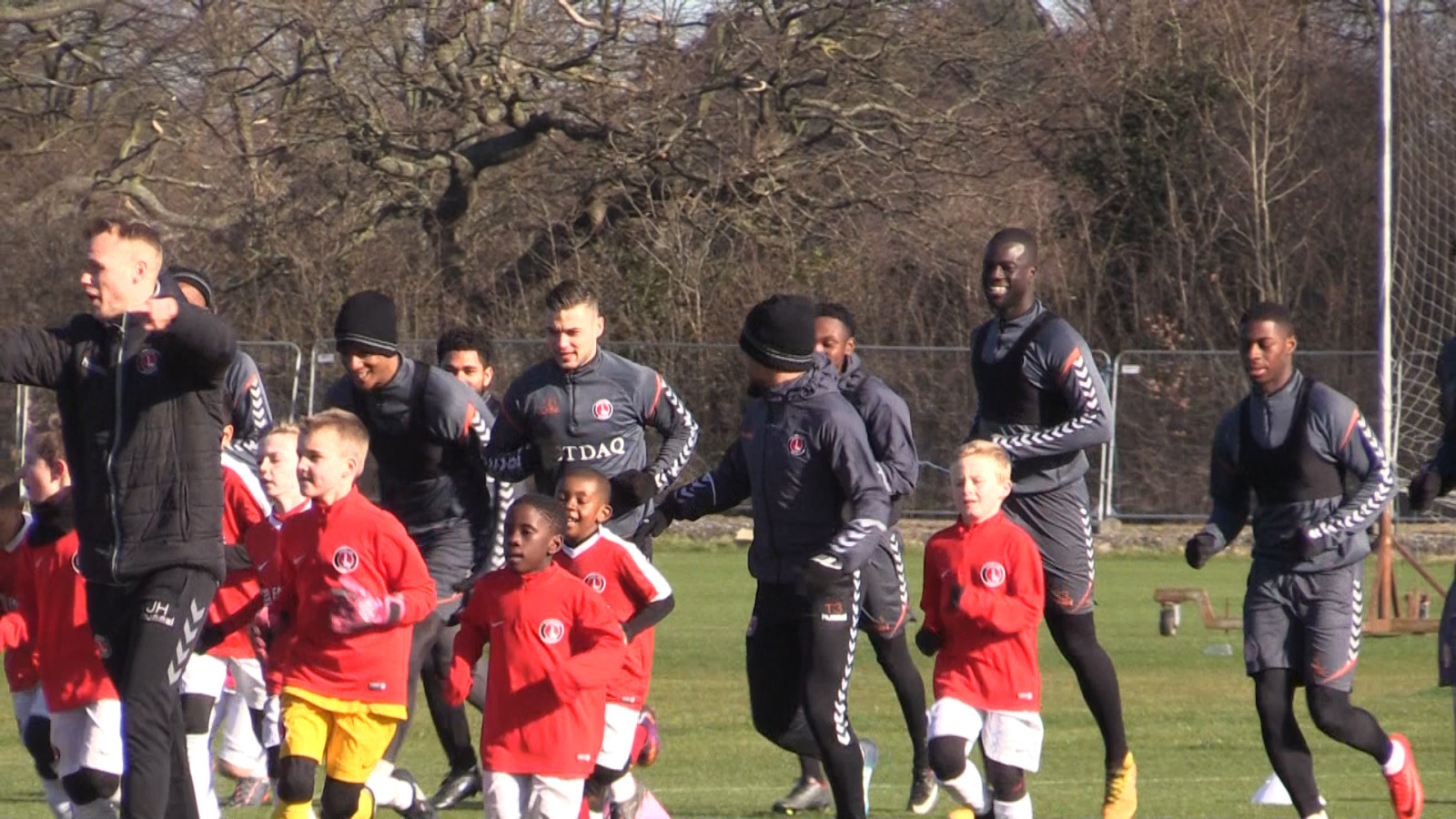 Charlton's U8s were given a half-term treat on Monday morning as they were invited to Sparrows Lane to train with Karl Robinson's first team.

The youngsters met up with the Manager and his squad, before taking part in the warm-up and they also had the chance to ask the senior pros questions.

Academy graduate Ezri Konsa joined Charlton at the age of 12 and he says that the Addicks' latest crop of stars had a great time.

He said: "It was really good to see the U8s who are going to be with us next season, it must have been so great for them. For them to do the warm-up with us - and knowing that some of them look up to us - it was nice for us as players too.

"I wasn't quite their age when I joined Charlton but I know that as a youngster who wants to become a professional footballer it would have been a really great feeling for them."

Manager Karl Robinson believes that the day really outlined how much importance the club places on its esteemed youth system.

He said: "It's important and one of the things this club prides itself on is the way it values players from the academy right through to the first team.

"We are all very connected in a lot of things that we do and I'm sure this is a day that some of the kids won't forget for a long time.

"Even something so simple like joining in the warm-up with some of the players and getting to know them a little bit, I'm sure they loved it. The first-team players were excellent - as they always are - and it was nice to see the smiles on the kids' faces with it being half-term."