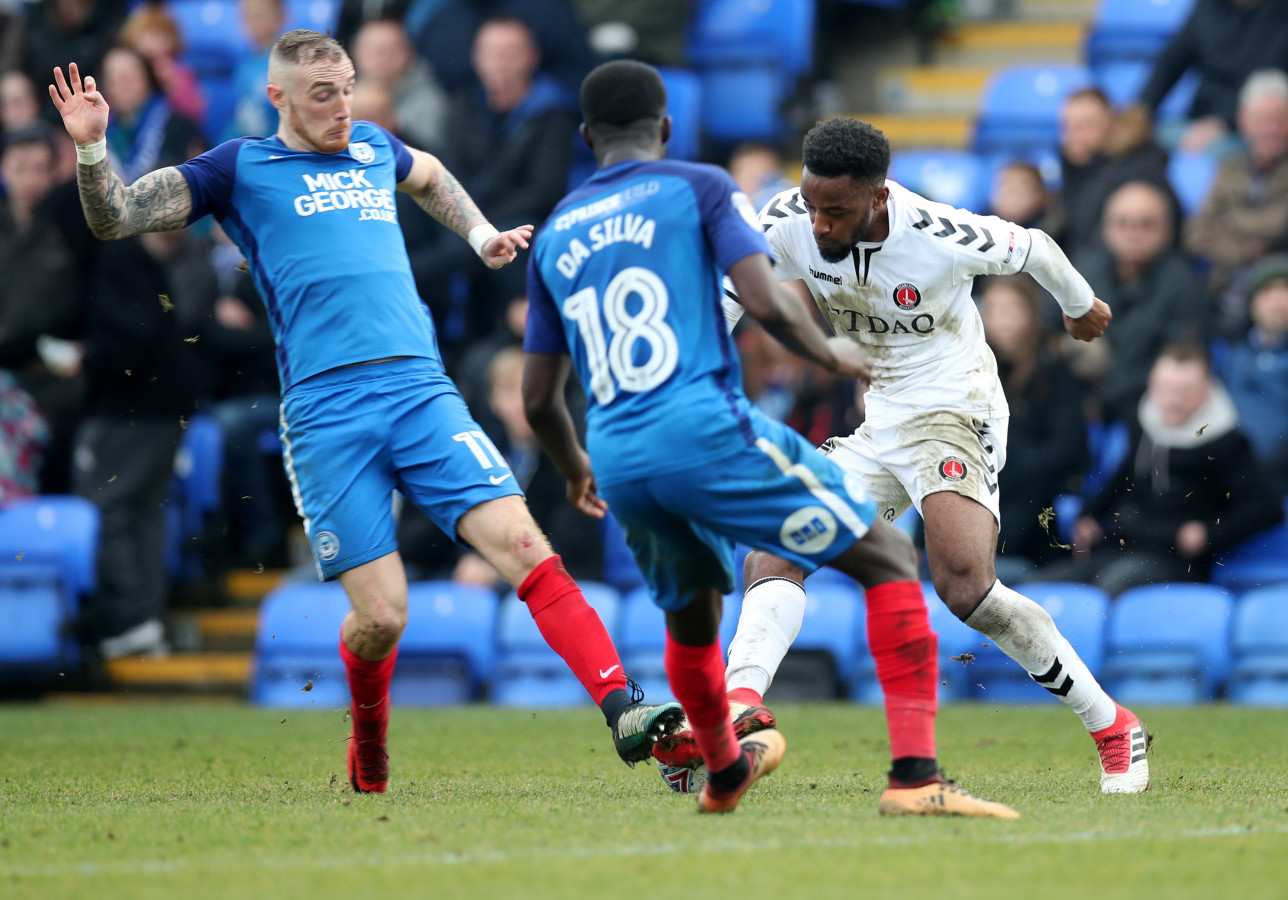 The Addicks lost 4-1 to play-off rivals Peterborough United in an incredibly open game at the Abax Stadium.

Jack Marriott netted twice for the hosts in the last 10 minutes as Charlton chased the game and the result drops the Addicks a place to eighth three points off the play-off spots with two games in hand.

It could have been very different for Charlton who missed a penalty at 1-0 and were very much in the game after Michal Zyro elegantly glanced in his first goal for the club to make it 2-1 but Marriott’s late double killed the game off and took the hosts above the Addicks in the table.

Karl Robinson made three changes to the starting lineup with Johnnie Jackson and Naby Sarr replacing the injured Ahmed Kashi and Jay Dasilva while Tariqe Fosu came in for Mark Marshall. The Addicks started in a different formation from the 4-2-3-1 used regularly this season setting up in a 4-1-4-1 formation with Jackson holding in a midfield behind Sullay Kaikai, Jake Forster-Caskey, Joe Aribo and Fosu.

The home side first came close when Jack Baldwin headed over a Marcus Maddison free kick in the seventh minute.

The Addicks then troubled Posh goalkeeper Jonathan Bond in the ninth minute when Aribo found Josh Magennis on the left wing, the striker cut inside and his powerful effort at goal was dropped by Bond but Kaikai, from a tight angle, wasn’t quite able to capitalise on the mistake.

In the 15th minute Forster-Caskey volleyed a difficult chance at Bond after successfully gambling on a Magennis knock down from a Sarr long throw.

After a spell of possession from the Addicks Omar Bogle countered for the home side, cut inside and struck the ball against the Charlton post. Minutes later Amos gathered comfortably when a Forrester effort from outside the area deflected off Jackson.

The Addicks sprung back into action and after some neat football between Ezri Konsa and Aribo, Kaikai’s effort just inside the area was unfortunately straight at Bond.

Post took a 1-0 lead going into the half when Andrew Hughes was on hand to pass in at the back post seconds after having a header cleared off the line. The full back was found by a weighted cross from Joe Ward after the Addicks had initially cleared a controversial free kick when referee Brett Huxtable adjudged Jason Pearce to have fouled Maddison.

The Addicks begun the second half with a string of corners, with a defensive header going just wide of the Posh goal before a third successive corner appeared to be handled by a Peterborough defender with Pearce waiting to pounce.

Bond was called into action in the 53rd minute when Fosu turned and struck from outside the box.

Minutes later the Addicks had a penalty when Magennis was pushed in the back in the box. The striker stood up to take the penalty but placed his effort from the spot just wide despite sending Bond the wrong way.

Peterborough made it 2-0 in the 59th minute when Maddison was adjudged to have been brought down by Sarr, the winger got up to take the penalty but made no mistake with the finish.

The game remained open and Robinson brought on Michal Zyro, Ben Reeves and Nicky Ajose as the Addicks chased the game.

Zyro made an immediate impact, first winning a free kick in a dangerous position which Jackson struck into the wall and then crossing for an unchallenged Fosu who headed wide from eight yards out.

Charlton continued to create chances with Sarr heading wide in the 71st minute from a dangerous Forster-Caskey corner.

The Addicks pulled one back in the 74th minute when a beautifully whipped Reeves cross from the right was delicately glanced in by Zyro from 10 yards.

Peterborough made it 3-1 in the 82nd minute when Marriott shot cleverly on the turn across Amos.

Just minutes later Marriott secured the win with a tap-in at the back post and seal the three points for the home side.