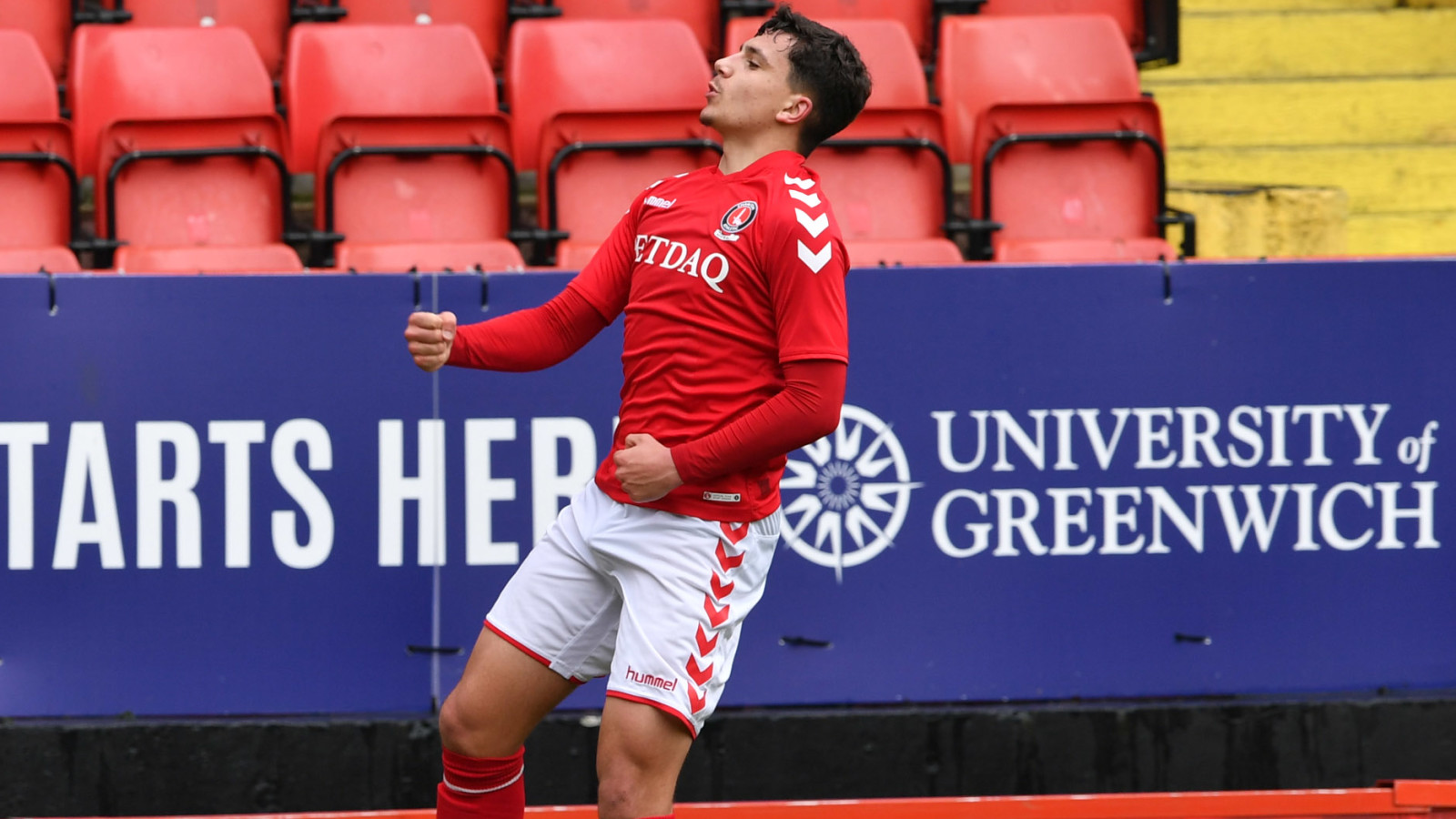 The midfielder struck twice in the first period, adding to Louis Yamfam's opener to put the Addicks in control at half-time.

After the break, a Josh Umerah penalty plus efforts from Taylor Maloney and Terrique Anderson added gloss to the scoreline, in what was a dominant performance from Jason Euell's side.

The result keeps the Addicks second in Professional Development League 2 South and will send them into Wednesday night's Kent Senior Cup semi-final at Folkestone full of confidence.

Charlton should have been awarded a penalty when Yamfam was scythed down inside the penalty area by Chris Camwell on the 15-minute mark. Instead, the Addicks were only awarded a corner and Anfernee DIjksteel headed wide from the set-piece.

On 25 minutes, Charlton grabbed the lead. A comical goal-kick from stopper Sam Naylor saw him concede a corner and Dijksteel rose to head Maloney's delivery against the post, with Yamfam burying the rebound from close range.

The Addicks' lead lasted until Coventry levelled from the penalty spot 10 minutes later, following a foul by Ryan Blumberg on Jordan Clarke. Left-back Camwell placed the spot-kick into the bottom corner.

The equaliser had come, somewhat, against the run of play but within 70 seconds Charlton had restored their advantage. Morgan cut in from the left and whipped a fierce strike into the top corner of the net, via a slight deflection.

It was a delightful goal from the midfielder and, five minutes later, he notched his second. Morgan broke clear of the Sky Blues defence, having been played in my Matt Carter, and picked out the bottom corner with a left-footed strike.

Two minutes before half-time, Coventry were dealt another blow when skipper Lewis Green was sent off for two bookable offences and five minutes after the break the Addicks made it four.

Maloney put Umerah through on goal and, after he was brought down by goalkeeper Naylor, the striker picked himself to convert the resulting spot-kick from 12 yards.

On 55 minutes, it was five. Zemura found Morgan on the left and he drove into the box before squaring to Maloney, who tapped home from close range.

Anderson and Umerah both went close to making it six and 16 minutes from time the duo would combine to get it. The latter headed at goal at the back post, with the former being well placed in the middle to steer the ball home with his head.

And that was how the scoring stayed as the young Addicks made it four league victories in a row.