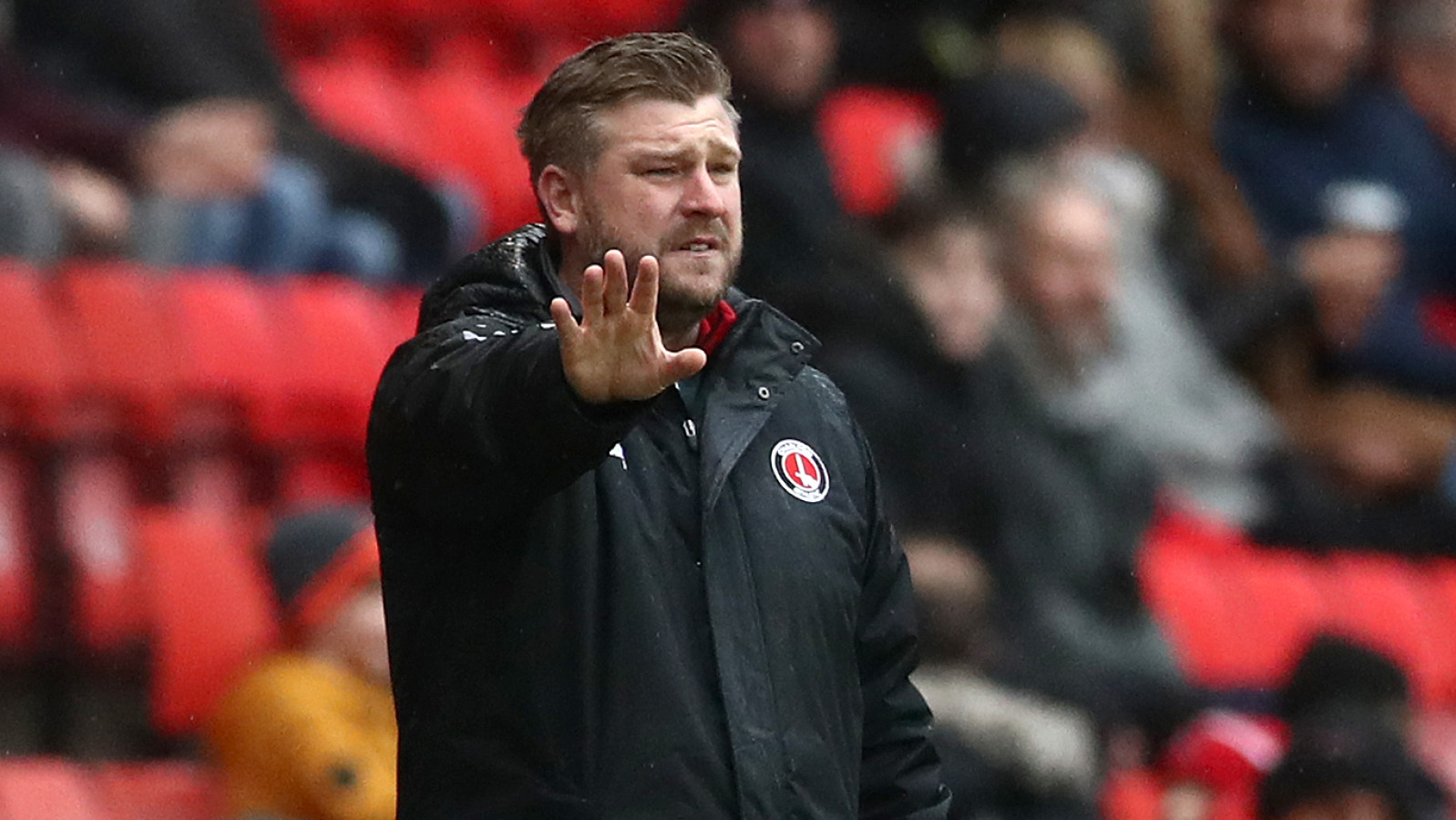 Karl Robinson spoke to the local press this morning ahead of Saturday's game against Fleetwood Town.

Below are five talking points from his press conference.

Robinson's full interview will be on Valley Pass later today.

“Ben Amos came into the dressing room with his head in his hands (after Blackpool) and apologised to the players. He said ‘I’ve let you down’.

“Ben Amos has been one of our best players this year. He’s trying to kick the ball back up the pitch for us to try to attack, he was just trying to keep the ball in play. He’s made one error in my mind this season.

“He’s been exceptional, he’s a credit to work with. He dominated set-pieces against Blackpool, he claimed things and was a man mountain.

“I think him, Patrick Bauer and Jason Pearce were the only three players who could come out of that game with any sort of credit.

“Ben has been unbelievable. We’ll make sure he’s all right and protected because I can’t ask any more of him. His head will be in the right place on Saturday, 100 per cent.”

“It’s not as close as we were led to believe. But again, I spoke to everyone on Monday, Tuesday night and will do so again today.

“I’m sort of the shield in some ways. It needs to be resolved. If anyone’s got any questions, they need to speak to the owner at the end of the day. It’s got to come from that level.”

“It’s not down to Richard really to speak to you, it’s not fair on him, he’s done it out of his loyalty to this football club.

“He’s been criticised because of it because the timescale wasn't what he said. He was only telling you what he was told.”

"I think we were playing well. We were a bit unlucky at Doncaster, then we beat MK, then we got blown away by Shrewsbury.

"Since then I thought we performed well on Saturday (against Peterborough) but didn't get anything at all.

"Then we performed absolutely horrendously on Tuesday (against Blackpool) and didn't deserve anything.

"There's a mixed bag of performances and when you look at it, we have conceded too many goals and not scored enough.

"That has been the story of our season, not scoring enough goals.

"It's not over. It's not a case of being over but that's just the way football is sometimes.

“We’ve got to be positive and put some points on the board.”

“We’ve almost got a team out. Dillon in goal, Solls, Jay Dasilva, Pagey, Kashi in midfield, Mavididi, Clarke, Sullay Kaikai and obviously Besty is out for the season as well. You’ve almost got a team of players on the sideline. Still the players available to be selected have no excuse whatsoever. There is still tremendous quality in that team to go and win a game.”

Robinson's full interview will be on Valley Pass later today.