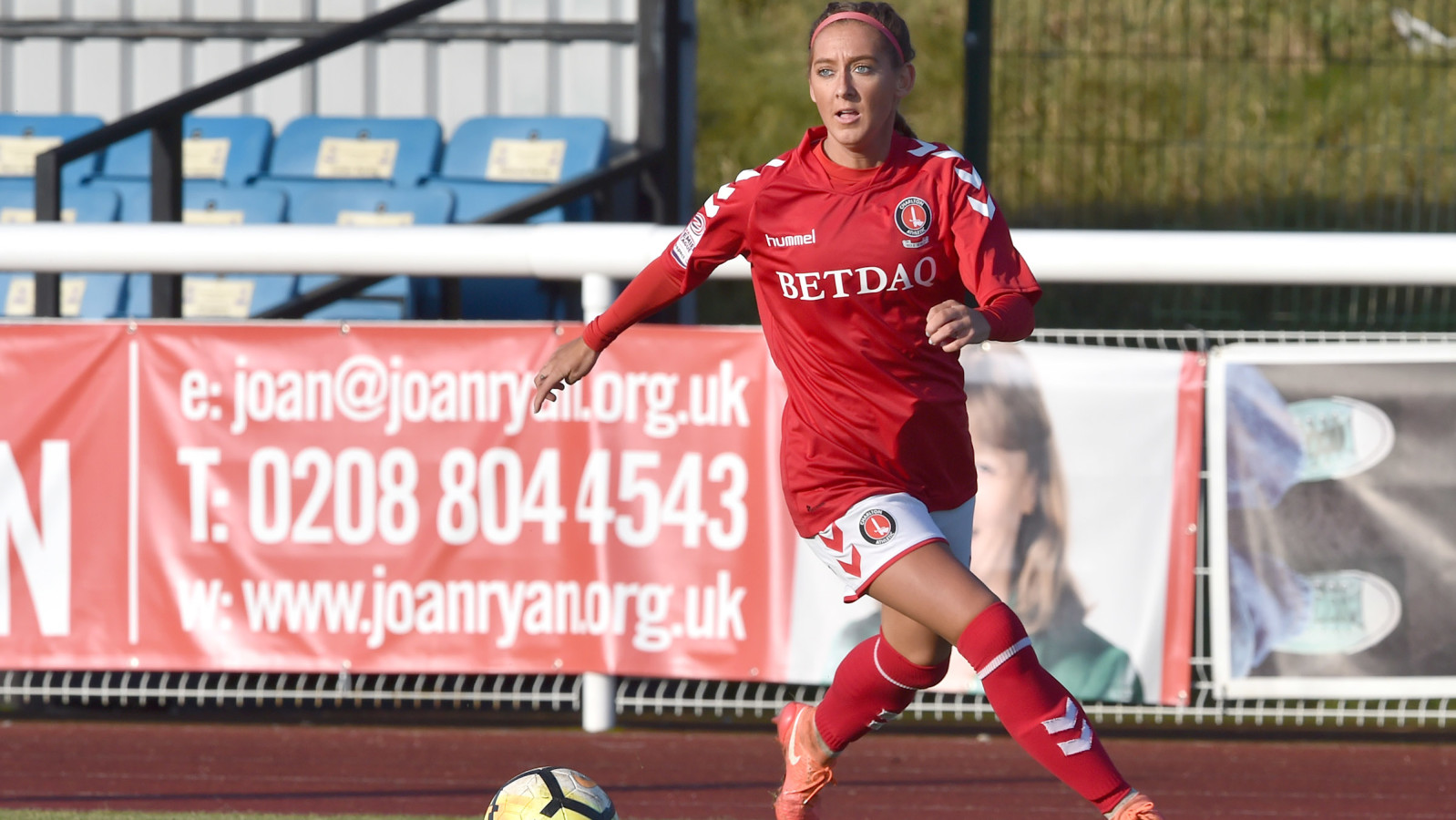 For many of the Charlton Athletic Women’s team, Sunday’s rearranged FA Cup quarter-final against Arsenal will be the biggest game of their lives.

The Addicks are the only third tier team left in the competition and take on an Arsenal team who beat Manchester City 1-0 on Wednesday in the FA Women’s Super League on Wednesday.

25-year-old Hannah Churchill, who only signed for Charlton in October, can’t wait. She said: “I’m really excited. It will be such a great opportunity for all the girls on the team, the staff, it will be a really good challenge to see where we are against the best. We prepare each game individually, but it will be a really, really good test to see how we can do against the highest levels of players.”

It has been a busy week for the Women’s team players with increased media attention ahead of the big game. Hannah herself appeared on BBC Radio 2 last week, while some of her teammates took on Jimmy Bullard for a feature set to appear on Soccer AM on Saturday morning. It’s all very different from when Hannah moved back to England in October after six years in the United States. Since her return, one of the big things she has noticed are the improvements in the level and professionalism of the women’s game.

She explained: “I think I’ve settled in really well. The first month was a bit shaky for me. It was a completely different style and culture than I’ve been playing in for the last five years playing over there (USA). So it was certainly challenging. Obviously I’d played in the UK before, up until I was 18, so I sort of knew the level I could play at.

“I was surprised at how much the game had moved on since I’d been gone. I came back and I think I’ve settled in really well. The girls are amazing and we’re really sociable outside football, so it’s not just football, football, football which is nice.”

Hannah is now happy and enjoying her life in the UK, settling into a job she enjoys and a football team she loves playing for.

“I put myself in a position not knowing how anything was going to turn out. I booked a train to London (from her hometown of Bristol), stayed in a hotel for a week, did three or four job interviews, had football trials here. So it really was life changing, I wasn’t ever sure how it was going to work out.

“I wanted a new start. I wanted to play at a level that really tested me and challenged me. I looked into Charlton, thought I’d give it a shot. I emailed Riteesh (Mishra, Charlton Athletic Women's team Manager), came for a trial and really, really enjoyed it so I’ve been here ever since.

“I interviewed at my job the same time I came to Charlton, within the same week, so it all fell together really, really quickly. They offered me the job, I started the following Monday. Everything turned around in a two week period and I had to find somewhere to live in the middle of that so it was a really quick transition. It’s worked out really, really well and I’m grateful for the job I have as I work with amazing people.”

Hannah explained she works as a client executive in interior design. In her words “I’m basically the middle man between the manufactures and the interior designers”.

While she does not deal with quite the hours away from home that teammate and prison custody officer Charlotte Lee does, training on Tuesdays and Thursdays and playing on Sundays does take its toll. “It is not as bad as Charlotte’s 4.30am start but it is exhausting especially when it gets to a Friday or Saturday, it does all catch-up.”

The winger majored in Sociology at Kennesaw State University and just being out there was a childhood dream. Hannah said with a smile: “I went to the US for the level of football. It was kind of like a childhood dream ever since I was eight, I’ve always wanted to fulfil. I had the opportunity and thought I’m just going to go for it. It really changed my life. It grew me into a different person. I wouldn’t switch it for the world.”

Now Hannah is focused on Sunday’s massive game and will be hoping to get a step closer to another childhood dream of making an FA Cup final.

Sunday’s game is at Boreham Wood and Charlton Women are hoping to get as many fans there as possible to back the team. Get your tickets for Sunday's game here.

Those that can’t make it can watch Arsenal vs. Charlton Women on Sunday (March 25th) LIVE on Valley Pass. For information on how to subscribe, click here.