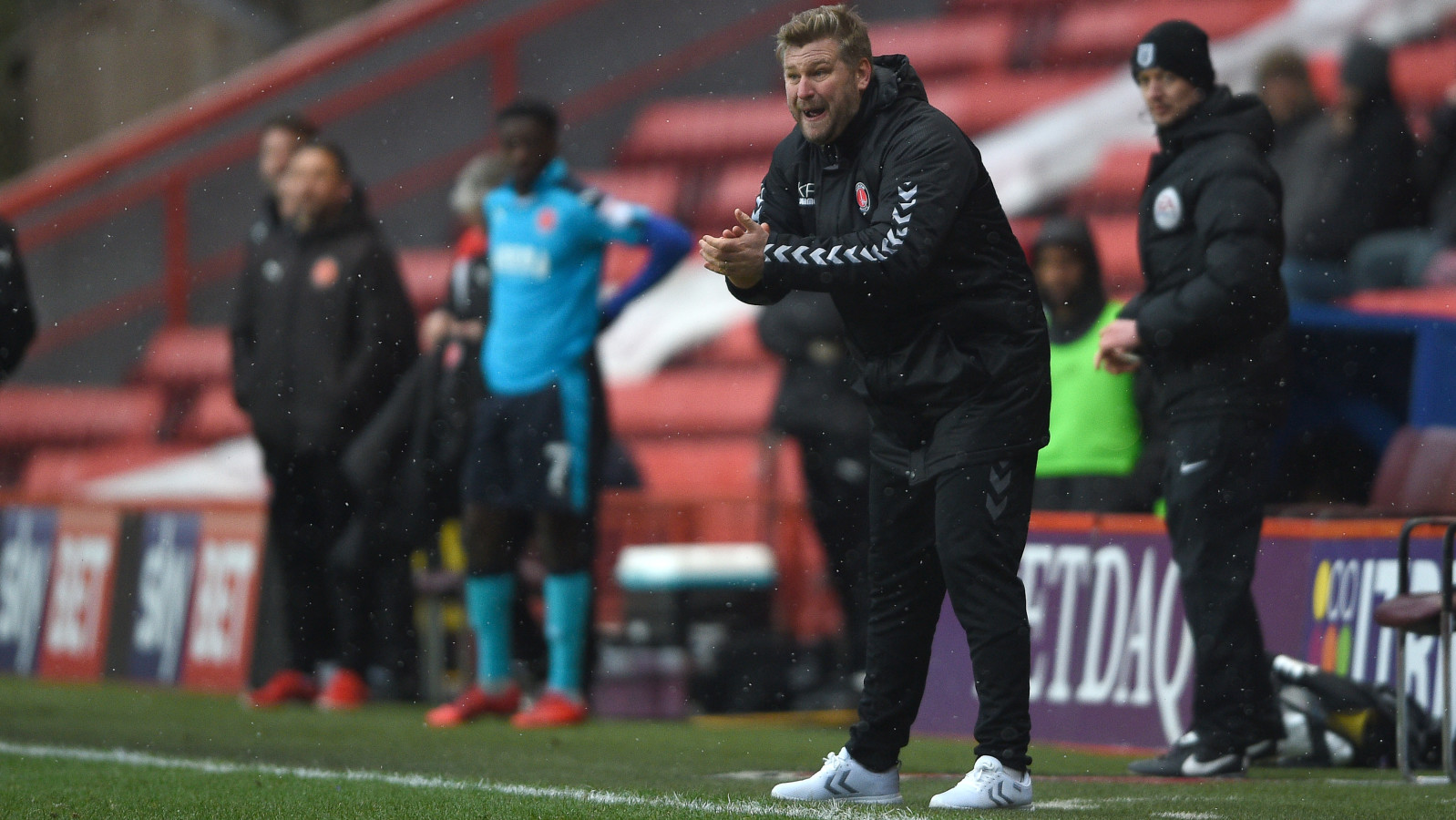 Charlton Manager Karl Robinson rued a lack of a cutting edge in a 0-0 draw with Fleetwood Town where the Addicks controlled much of the possession.

Playing at The Valley Charlton had 17 shots at goal but just two on target.

Robinson’s full post-match interview will be on Valley Pass later this evening.

"We had 60 per cent possession, 17 shots and two shots on target. That's the crux of it. We dominate games, we just don’t score. That is the story of our season. It’s as simplistic as you can.

“I didn’t think we lost our heads today. I thought we looked composed, apart from the Pearcey one where he got caught on the ball. Take that out of the game and I don’t think they really had much.

“We kept moving the ball. Our shape today was to get in as many wide positions as possible and as many crosses in the box. We put loads of crosses in but the quality of the crosses was poor."

“They’ve drawn their last two, including one against Plymouth. They’ve had a little upturn in-form because of the new manager coming in but today there was only one team in it, it was as simple as that.“

"I think we got into the final third more than before but our decision making in the final third isn’t down to shape, it is individual choice. There was one time when Michal (Zyro) swung on his weaker foot when he could have slid Sullay Kaikai in on his stronger foot. That was good play to get into that position but he chose the wrong option. There is now an eagerness to do something on their own to score a great strike and to do everything they can."

"I thought Nicky and Michal looked good as a two up front. We played two systems today and got the same outcome. We went to 4-4-2 and it was the same."

"I am really pleased that we performed well at the back. It’s a clean sheet. The one thing that we lacked today if I am being totally honest, is that when our wingers came inside and tried to get close to Josh to give us that front four, we’ve not got offensive full backs. Where Jay Dasilva would be flying up the sides and putting crosses in, we don’t have that, we’ve got two centre backs playing full back, so we lose that fluidity but that is just part and parcel of where we are at right now.

"Ben Amos got injured in the warm-up but got through it ok, I’m pleased for that but other than that it is two points dropped today, I believe that."

Robinson’s full post-match interview will be on Valley Pass later this evening.