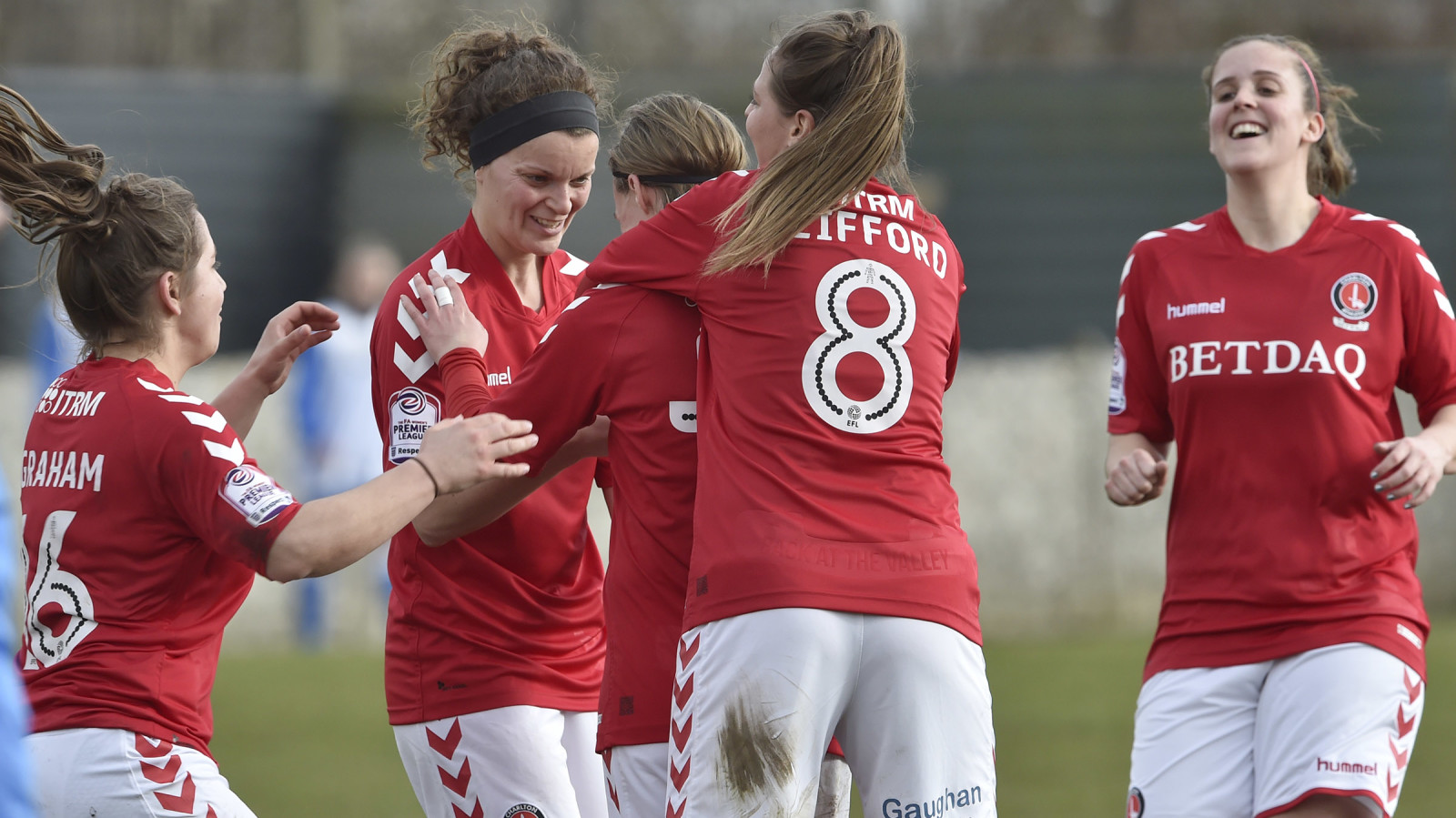 The Charlton women's team will be hoping to cause a major upset in the SSE Women's FA Cup on Sunday when they take on 14-time winners Arsenal at Borehamwood FC.

The Addicks are the only team outside the FA Women's Super League, the top two divisions, to make it through to the quarter-finals. The last time the pair clashed in this competition was 11 years ago and supporters can watch the match live on Valley Pass by clicking here.

Charlton first-team coach James Marrs says the coaching staff will ensure that the squad are tactically prepared for the tough fixture.

"We'll put the girls in the best possible shape that we can," he said. "It's going to be difficult out on the pitch but if we can be organised, it's the FA Cup - you never know.

"If the girls put a shift in then we do believe we can get a result. It's going to come down to a bit of luck on the day as well, but if you work hard sometimes you create your own luck. We will give it a real go. We've got nothing to lose."

Gurr, a former Arsenal player who scored a hat-trick in last weekend's 5-1 win against Cardiff, said: "It's always nice to score, it's nice to assist as well. We know it's going to be hard work but we're going to set up really well and will make it tough for them.

"The FA Cup is a really great competition to play in, and you want to do your best when you're playing against the best."

England under-19 goalkeeper Katie Startup has had an outstanding season for the Addicks so far and is looking forward to the test that Arsenal will bring.

"It's going to be huge for everyone. It's not every day you get to the FA Cup quarter-finals, so I think we'll just go there and give it absolutely everything. It's going to be a great occasion and everyone is looking forward to it."