Show your support for ‘Team Addicks’ at The Valley on Saturday 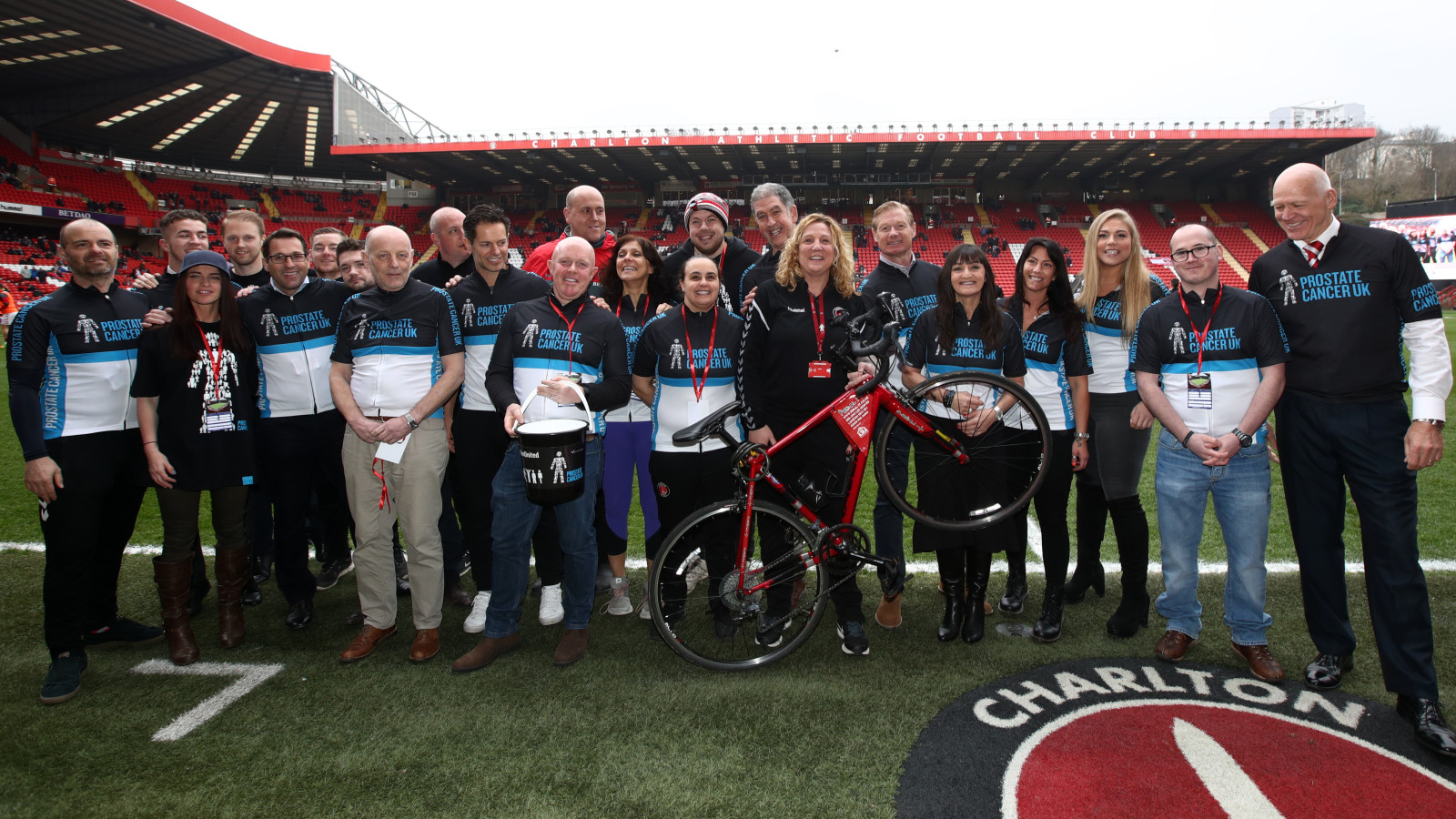 Charlton and Blackburn Rovers fans will be able to show their support for ‘Team Addicks’ at The Valley on Saturday.

The team, which is made up of 31 riders from the club and Community Trust, will be cycling 145 miles from London to Amsterdam in June to raise funds and awareness for charity Prostate Cancer UK.

At The Valley on Saturday, supporters can donate to Team Addicks by dropping money into collection buckets that will be on show in and around SE7.

All of the money raised will go directly towards Team Addicks’ sponsorship target and if any supporters would be kind enough to offer their services on Saturday, the club would ask that they contact Player Liaison Officer Tracey Leaburn via email at tracey.leaburn@cafc.co.uk.

Tracey said: “The support we have received from fans has been fantastic since we announced that we were doing the ride again. If they could give us one last push towards our sponsorship target, it would be brilliant.

“We’ll have collection buckets in and around the ground at the weekend and any donations Charlton or Blackburn fans could give would be greatly appreciated. If anyone would like to volunteer, please don’t hesitate to contact me as it will help to make a big difference.”

Two members of Team Addicks are former Charlton greats Scott Minto and Bob Bolder. Both will be at The Valley on Saturday to raise awareness of June’s ride and they will also be showing off their cycling stamina by giving it their all on a static bike.

The bike will be located in the Family Activity Zone and supporters can go and meet the former Addicks duo from around 1.30pm.

Team Addicks hosted a hugely successful Charlton Quiz Night in February, which raised more than £3,000 and, in March, Charlton became the first club in England to offer PSA blood tests on a matchday.

Prostate cancer is the most common cancer in men, affecting one in eight in the UK and one in four black men in the UK. It's a huge issue that cannot be ignored. One man will die from prostate cancer every 45 minutes in the UK, which equates to over 11,000 men a year. Based on current trends, this number will rise to over 14,500 men a year by 2026 if nothing is done.