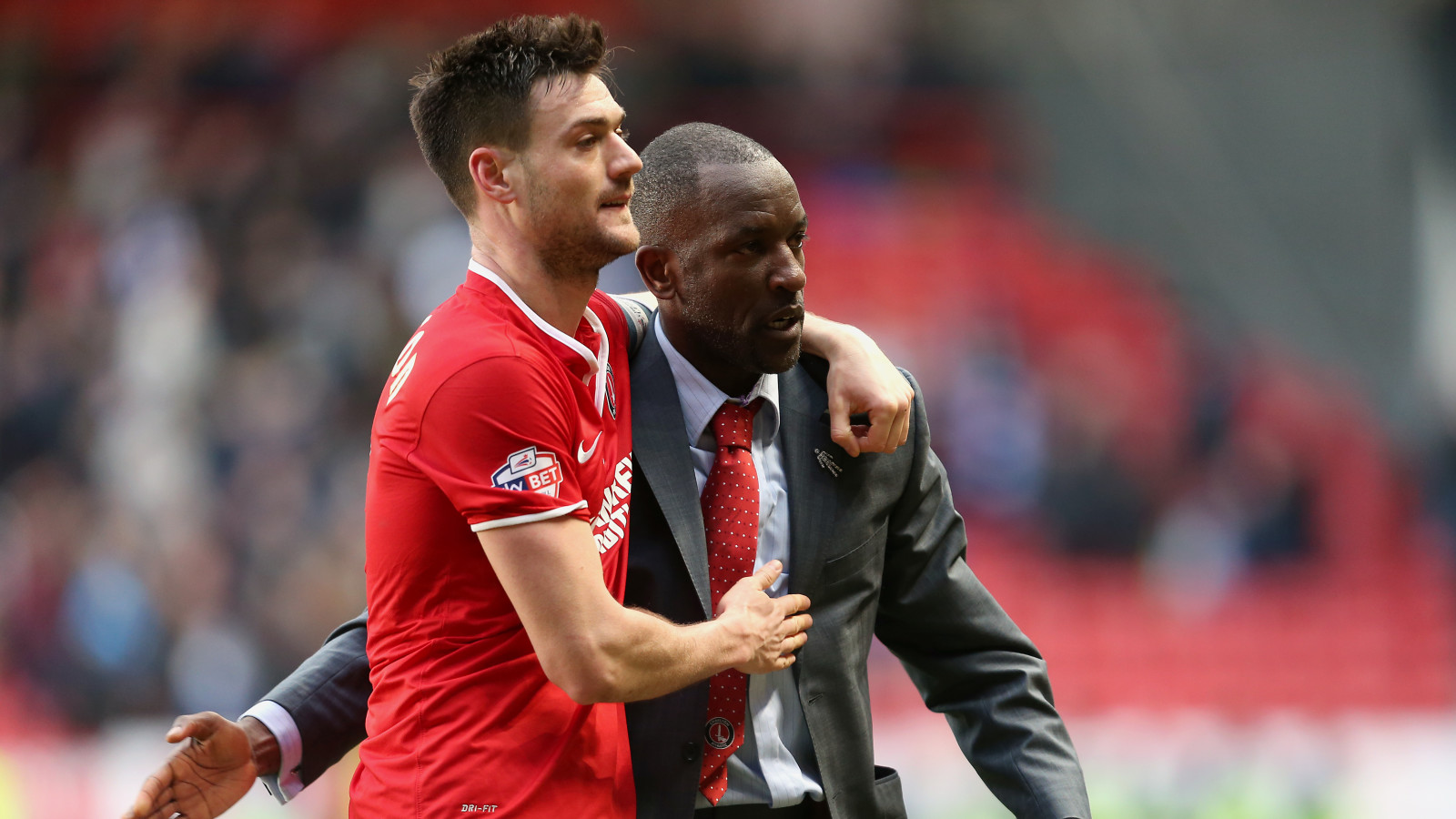 With Jackson’s playing career drawing to a close at the end of the 2017/18 season, the matchday programme for the visit of Blackburn Rovers will be dedicated to the skipper, including an extended 10-page interview with the man himself, while we also include four pages of supporters’ memories, hear from his first Charlton boss Phil Parkinson and take a look back at every single Addicks goal he scored.

But the most poignant article, perhaps, comes from the man who first placed the captain’s armband on Jackson.

Below is a short extract taken from Powell’s column which appears in Saturday’s Valley Review as he recalls his decision to make the midfielder his skipper:

I played with some good Charlton captains over the years, Mark Kinsella being one, who were always quite iconic to the fans. During that pre-season, I gave the armband to four or five different players and we wanted someone that the fans would relate to. I watched intently how the players were with each other and it boiled down to two – Jacko and Matt Taylor and in the last home game of pre-season, I felt that Jacko was the one.

The fans liked him, he scored important goals and he was already a leader in a different way. That armband just lifted him to another level. He’s got iconic Charlton status now, but he was always the one I felt would be the one to lead the team into that new season.

Everyone loves that 2011/12 campaign and it was, without doubt, Jacko’s season. Bradley Wright-Phillips and Yann Kermorgant, as well as many other players, scored a lot of important goals, but none more so than him. It cemented what I thought he could bring to the team. I knew he would bring goals and creativity, but he was the one that everyone looked up to – the players and the supporters – and it made him grow as a person. He was so influential on and off the field and it just suited him. I was really pleased that it was a decision that I got right and it has lasted so many years with him continuing to lead the side.

Powell’s full column can be found in Saturday’s bumper 92-page edition of Valley Review, priced £5 and will be available to purchase from in around the ground as well as in the Valley Superstore.

Find out how to get your ticket for Saturday's match against Blackburn Rovers at The Valley here.