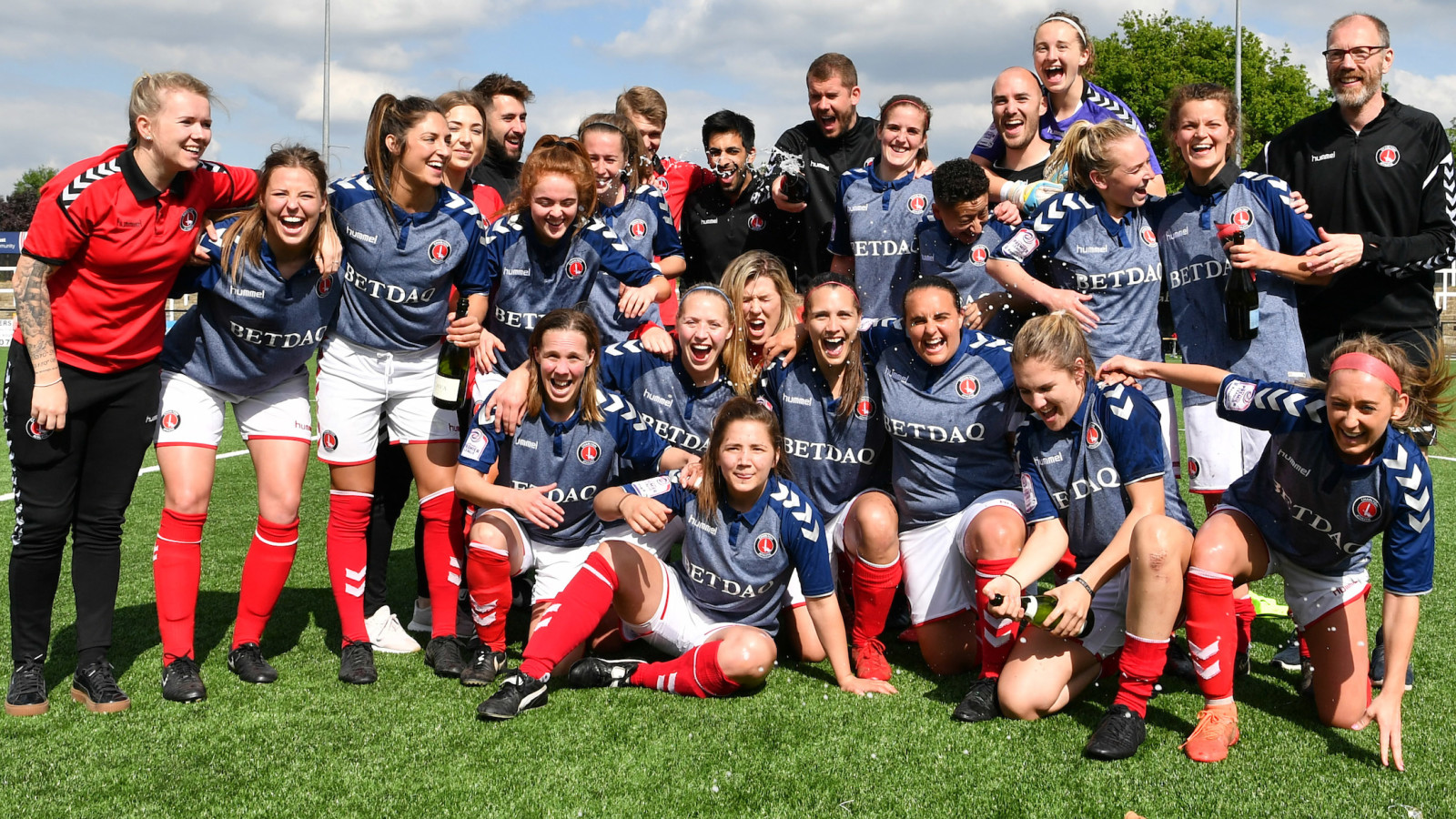 Charlton women’s team Head Coach Riteesh Mishra beamed that his side ‘looked and felt like champions’ in their title-clinching match against Crystal Palace on Sunday.

The Addicks thrashed the Eagles at Hayes Lane at the weekend, with Kit Graham scoring all of their goals in the 4-0 victory.

The win means that no-one can catch them at the summit of FA Women’s Premier League South and, with two league matches still left to play, Mishra was full of praise for his team.

“We were very clinical and we maybe should have scored more than four,” the Head Coach said.

“I’m really proud and this is a huge moment for the football club. We’ve got another massive game to come against Blackburn [in the national play-off] but for now we are going to enjoy this moment.

“When we started the season off, we set objectives as a group and initially we just wanted to improve on last season. We didn’t want to get carried and say that we wanted to win the league.

“We put ourselves into a great position at the turn of the year. Our cup runs meant that we put a bit of pressure on ourselves, with the number of games in hand we had, but in the last month the performances we have churned out and the goals we have scored have been excellent.

“If you had asked us at the start of the season if we wanted to have three games to win the league then we would have bitten your hand off.

“Credit must go to the staff and the players and this is the icing on the cake for all of the hard work that has gone on in the background.”

Charlton will take on Blackburn Rovers – winners of FAWPL North – at Sheffield United’s Bramall Lane in on Sunday, May 27th in the national play-off final. The winner will earn a place in the FA Women’s Championship.