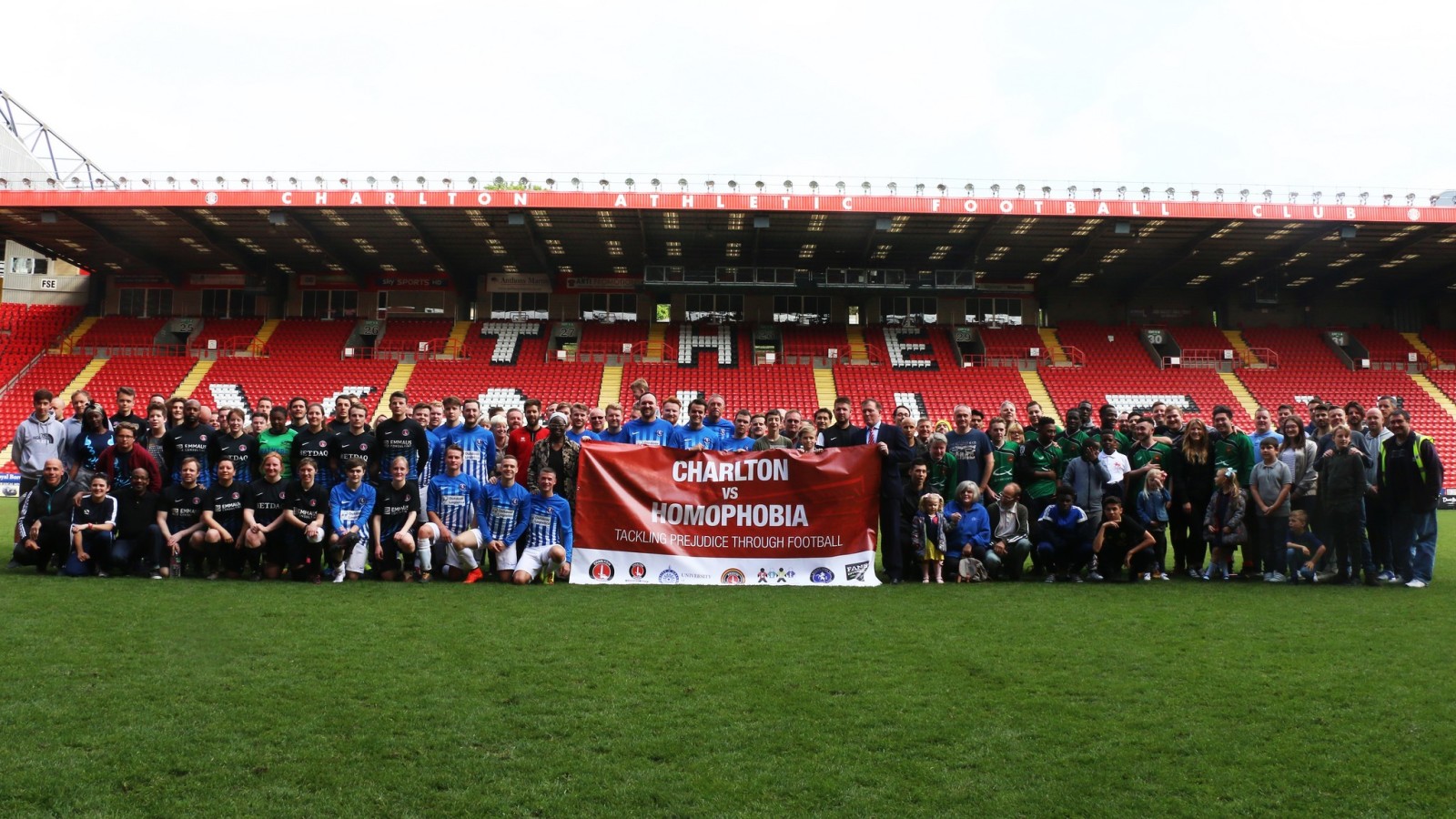 Charlton Athletic are to become one of the first professional football clubs to participate in Pride in London on Saturday and fans of the club are invited to join the celebrations.

120 people linked to Charlton Athletic Community Trust, the club and associated groups will join a Charlton-themed float at this year’s Pride in London parade on Saturday, July 7th. Up to now, football teams have been represented in the march by their fan groups.

Participation in the event will celebrate CACT Invicta winning the London Unity League title in their first season affiliated to Charlton, and also CACT’s wider commitment to equality, diversity and inclusion.

Charlton fans are invited to join the parade and there are limited amount of places to join the float. Fans wanting to be involved should email michael.seeraj@cact.org.uk and Clara.Freixes@cact.org.uk. Those involved will need to arrive in Central London by 2.15pm and the parade should finish at around 5pm.

Everyone involved will get a free Pride in Charlton t-shirt.