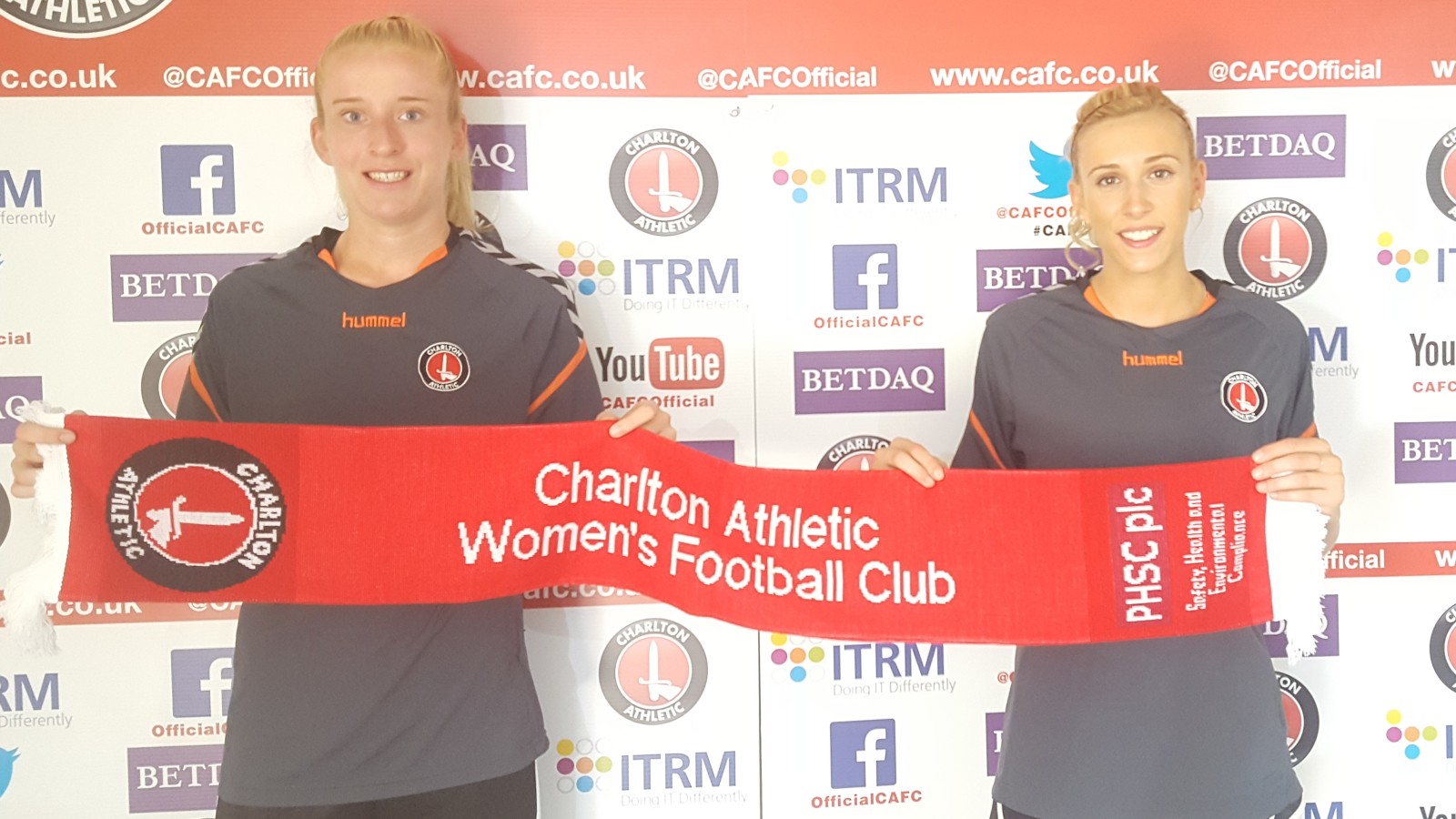 The Charlton women’s team are delighted to announce the signings of winger Charlotte Kerr and centre-back Amelia Ritchie, from Watford and Brighton and Hove Albion respectively.

The pair signed for the club after the first pre-season session of the season on Sunday. They join Gemma Bryan and Amber Stobbs in linking up with the Addicks ahead of the new FA Women’s Championship season.

Kerr, 24, ends a near decade-long stay at Watford, and was a regular in their FA Women’s Super League 2 campaign last season, bringing a wealth of experience with her to South-East London. 19-year-old Ritchie, meanwhile, also appeared in the FAWSL 2 last term and is a full Wales international.

Speaking to the club after penning their deals, both players pointed to the club’s ambitions as a key factor in moving to Charlton.

“The club want to try and finish top of the league and there’s no reason why we can’t challenge for that,” said Ritchie.

“It will be a jump but one that we can live up to. There’s a few good teams but we can certainly give them a game.”

The defender played under first-team coach James Marrs at Brighton and also noted that was a big reason for making the switch.

“He obviously wanted me here and told Riteesh [Mishra] about me," Ritchie added. "It gives you confidence knowing that they want you.”

Kerr says that the welcoming attitude and sense of togetherness the team has, which many players spoke of as a big factor in last year’s success, was also an attraction.

She said: “[Competing at this level] is not just about ability – it’s about being able to come together and push each other through each game. This club has definitely got that."

“We’ve just had our first training session of the season and you can just tell it’s a really welcoming team and you feel part of the team straight away.”

Manager Riteesh Misrha was pleased to have boosted his team.

“She’s had a good career so far and has experience at this level with Watford, but I see her as someone who we can improve.

“She’s a great athlete, comfortable technically and someone who will pick up the tactical info quickly and this is important for us moving forward.

“It was tough for Kerr to leave a club she’s been with for a number of years but I think her qualities make our squad stronger. She, like all the players in the squad, have a great opportunity to kick on in their careers at a real high level.”

Speaking about Amelia Ritchie, Mishra added: “[Ritchie] is a player who has worked with James [Marrs] before and impressed him a lot during her time at Brighton.

“She seems to have a positive mindset to improve and prove herself and that’s what I liked about her.

“She’s got a lot of potential, which we are excited to work with. She adds some international experience to us but is someone who needs to prove herself at this level, which we want to help her develop and do.”