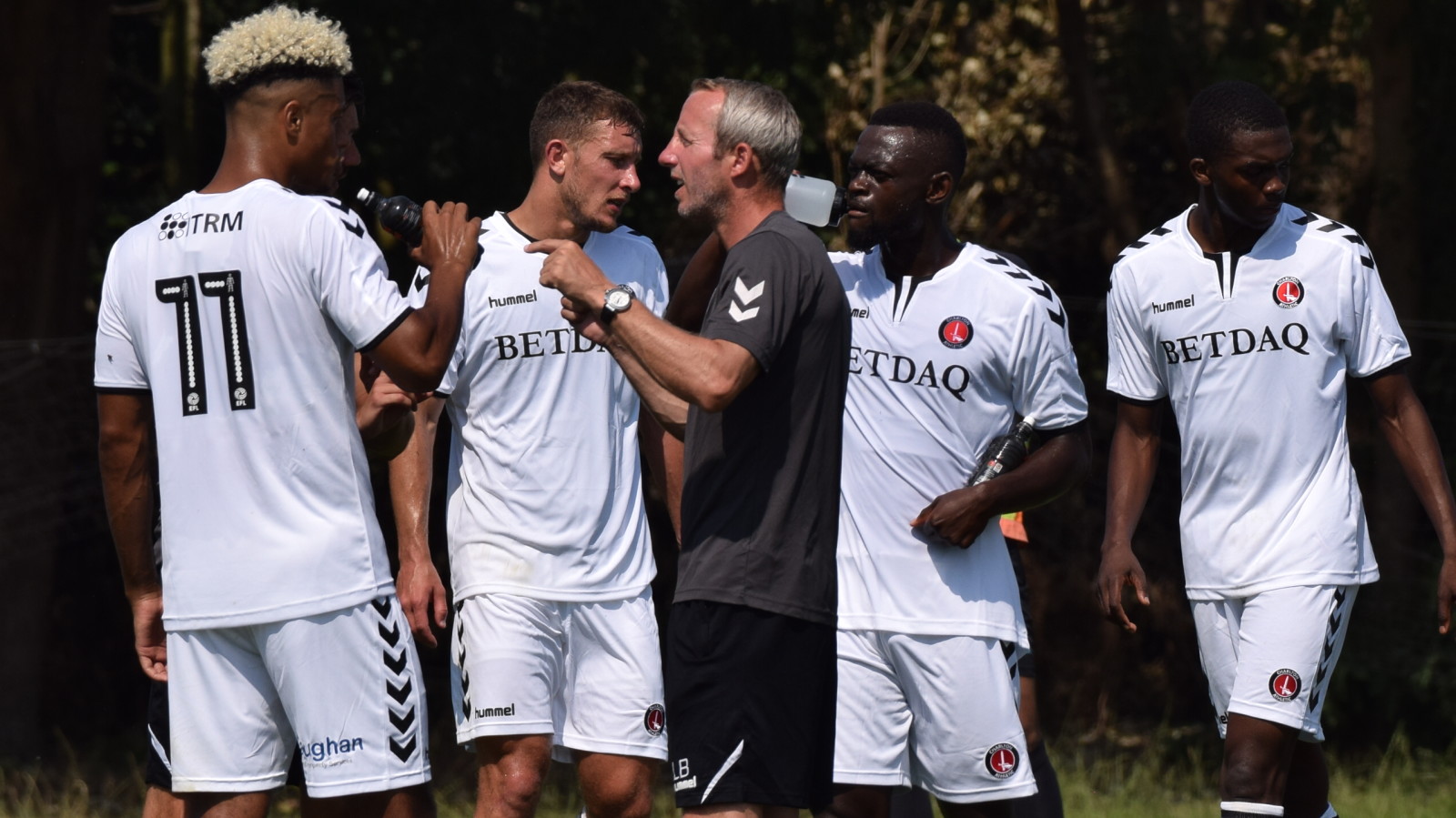 Lee Bowyer was pleased with his team’s performance in Saturday’s friendly draw against Queens Park Rangers and insists that he has taken plenty of positives from it.

The Addicks – contesting their first game of pre-season - fielded a different XI for the first and second halves and goals from new signing Lyle Taylor, Igor Vetokele and Patrick Bauer saw them earn a 3-3 draw.

There were also a number of opportunities for some of the club’s young players and, speaking to Valley Pass on Monday, Bowyer explained how he was satisfied with Charlton’s display.

“The players conducted themselves very well,” he said. “They worked hard, especially in that heat which made things very difficult, and there are lots of positives that I have taken.

“We played two sides and tried to mix them up as evenly as we could. It was our first game and obviously there was some rustiness but I thought we moved the ball well.

“You have to remember that we have still got three or four weeks until the start of the season. Out in Portugal, we did a lot of hard work running-wise but we also got them [the players] on the technical stuff. We worked a lot on one and two touch and I think that showed.

“Overall, there were a hell of a lot of positives because we created a lot of chances. It was good to see Lyle and Igor get goals too. That’s the first time I’ve seen Igor play and I was very impressed.”

Caretaker boss Bowyer was very content with how they applied themselves.

“When you’re playing in the U23s and you give the ball away then someone might say ‘don’t give it away’ but in the first team you have men really telling you ‘do not give it away’. There’s a big difference and on Saturday they had to be quick on the ball. It’s good for them to learn and they have all done very well so far.”