Jake Forster-Caskey: Goals get you promoted and Lyle Taylor will help to bring those 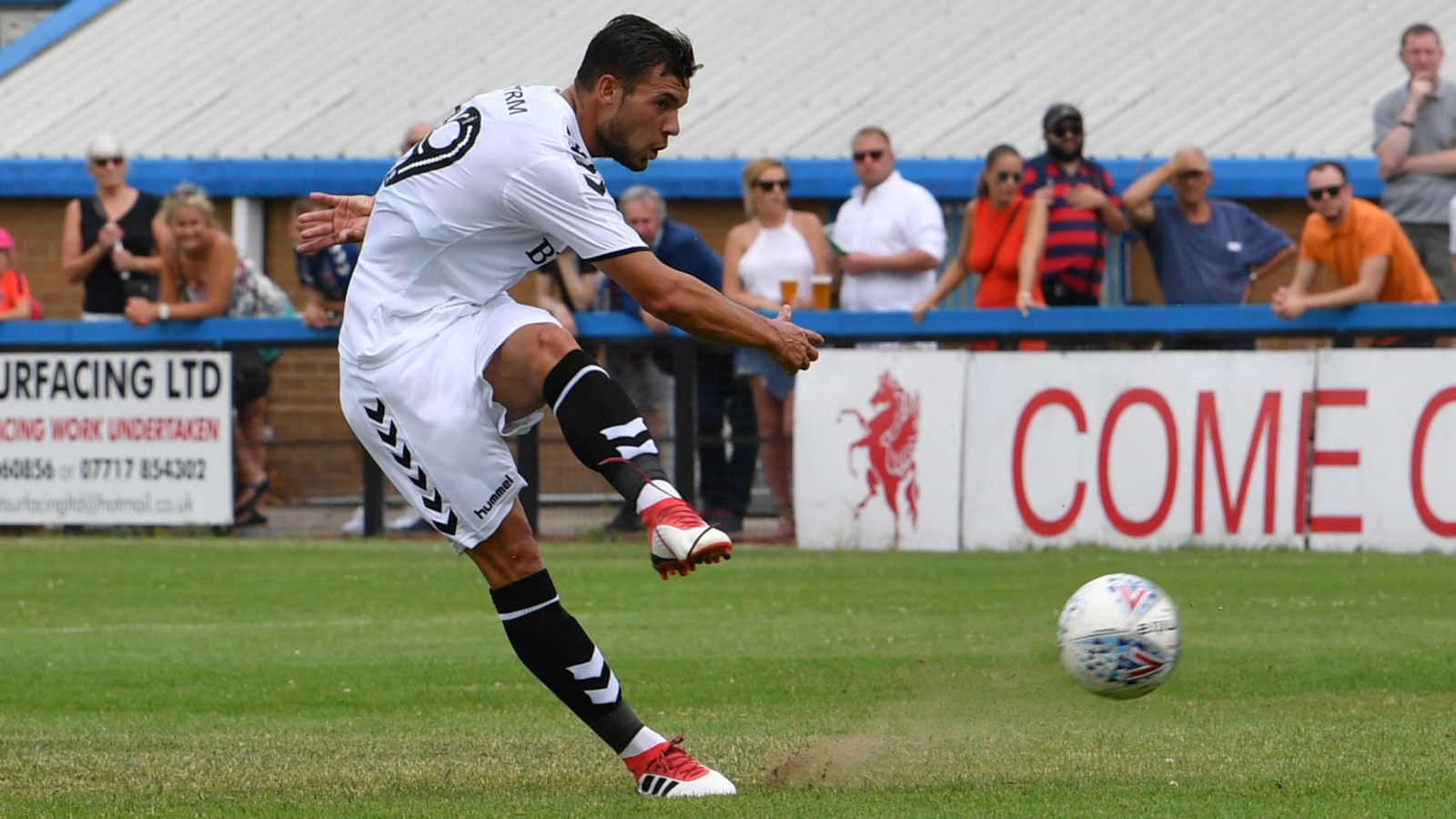 The new recruit made it two Addicks goals in as many games when he struck the winner 14 minutes from time at Park View Road.

And afterwards Forster-Caskey - whose deflected free-kick led to Taylor’s goal - was quick to praise his new teammate.

“Lyle told me before the game that he scored 18 goals last season, so if he can do that again that will help us,” Forster-Caskey said.

“He’s a good character. He’s making everybody work harder. I’ve only played with him in a couple of games but I’ve really enjoyed playing with him and he’s got on the scoresheet twice. That’s the main thing as a striker; to score goals and he does that.

“Goals get you promoted and we need to score more of them. We knew that last year - that’s just the facts - we need to. Everybody is happy that he’s in the building.”

Forster-Caskey insists that results are not important at this stage, as the squad continue to ‘find their feet’.

He said: “It’s not about the victory in pre-season, it’s about how we played. We’re working hard in training, so we’re coming into these games a little bit leggy but this is the hard work. We’ve got to put it in for the big game coming up at Sunderland.

“You try to get as much as you can out of the games and find your feet. We’ve all come back really fit but it’s match sharpness we need now and these are the games we’re going to get that in.”