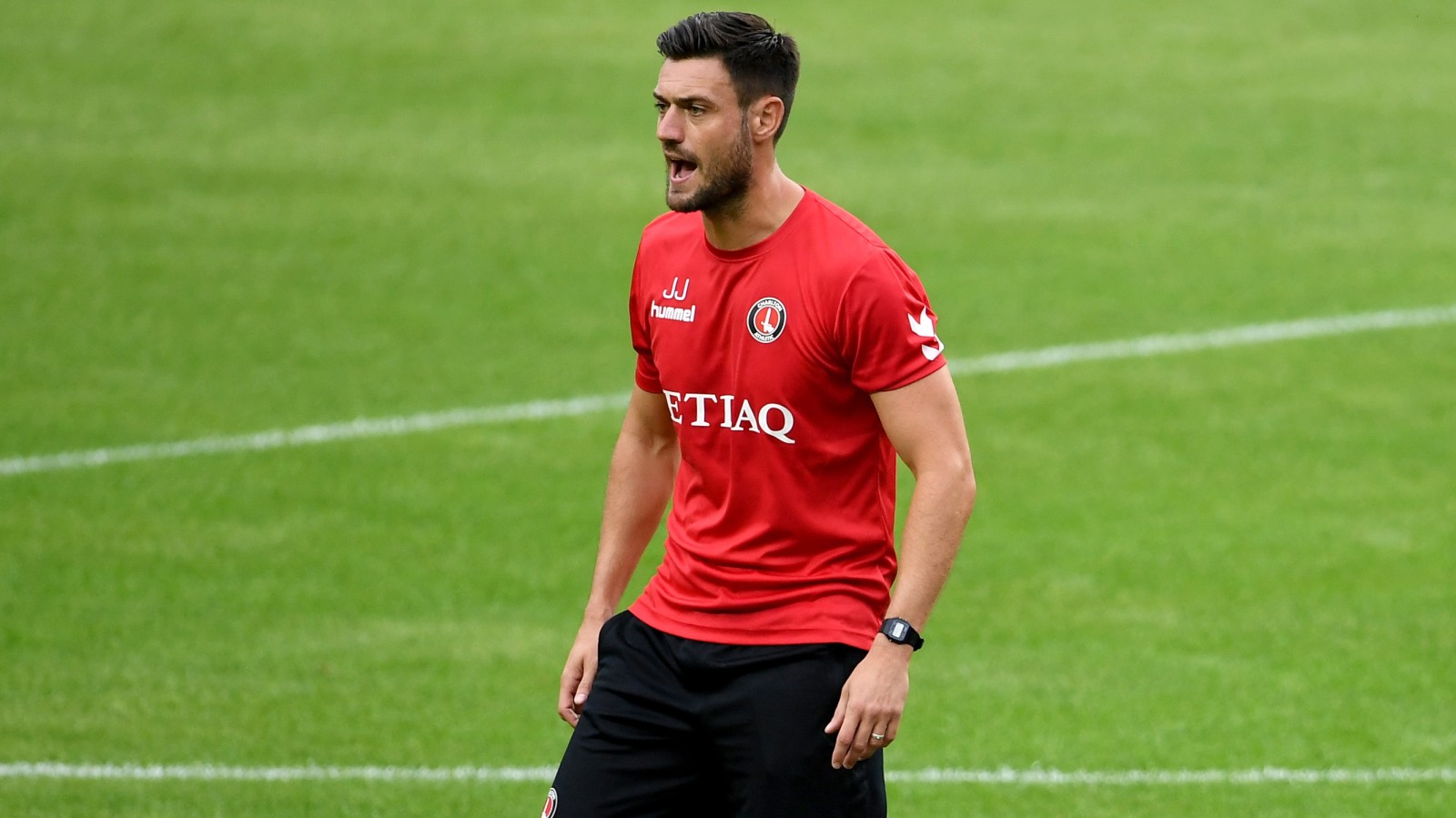 Johnnie Jackson praised the effort of Charlton’s youngsters but says that they have a lot to learn, following Tuesday night’s Carabao Cup exit at MK Dons.

The Addicks made nine changes to their starting XI, with nine of them having come through the club’s academy and development squad ranks, and they applied themselves well, despite falling to defeat.

And Jackson – who led the team on the touchline alongside Jason Euell with Lee Bowyer watching on from the stands – says they need to learn a lot from the defeat.

On Charlton’s youngsters having a lot to learn…

“The young lads worked really hard but ultimately the inexperience has undone them. They gave too much respect to MK Dons to start – maybe had a bit of stage fright – and we found ourselves 2-0 down within 15 minutes.

“They were poor goals and we gave ourselves too much to do. They took on board what we said at half time, which were a few harsh words, and came out in the second half and put that into practice.

“We dominated for large parts but it’s a big learning curve for them. This is senior football and, for a lot of them, it was their first taste. You dominate the ball for all that time but then concede a third goal with MK’s first attack of the second half.

“It’s a tough one for them, we’ve given them a pat on the back for their efforts, but we’re out of the cup and some of them might not get another opportunity for a little while. They have a lot to learn from it.”

“There’s no hiding place at this level of football and our young lads have got to strive towards that. MK Dons play in the league below us and these boys want to get into our first team so they have a lot to prove.

“The manager wants to see if some of them are ready to step in if needed. They have to pass these tests and some of them have come out of it alright but some have a lot to do still.”

“Albie always tries to make things happen. He gets on the ball but he’s a young lad so obviously he is going to make mistakes and give the ball away at times.

“We accept that and what we want is the reaction to win it back after he does lose it. He’s fearless the kid, he always wants to make things happen and that is great for a kid of his age.

“We never want to take that [mindset] away from him – he still has a lot to learn – and hopefully he has a big future ahead of him.”

“Circumstances have forced our hand somewhat, with the size of the squad and the injuries we have. We can’t afford to lose anymore at the moment.

“It would have been a big risk to have put our senior lads out and risk losing them for Saturday and then having to go to Accrington even more depleted.

“That was the risk we took – it hasn’t paid off and we are out of the cup – because we wanted to win.”

On managing the game with Jason Euell…

“It was a good experience for myself and Jason but we are disappointed. There are a few decisions that we were disappointed with during the course of the game that could possibly have changed it.

“Just before they got the third goal, there was a clear penalty on Nicky Ajose at a time where we were dominating. If that goes 2-1 then who knows.

“For the first goal, it should have been a corner for us but he gave a goal-kick and then they broke forward and scored. We felt a little hard done by and it’s probably not the reason we lost but when you are leading the team it is doubly frustrating.”