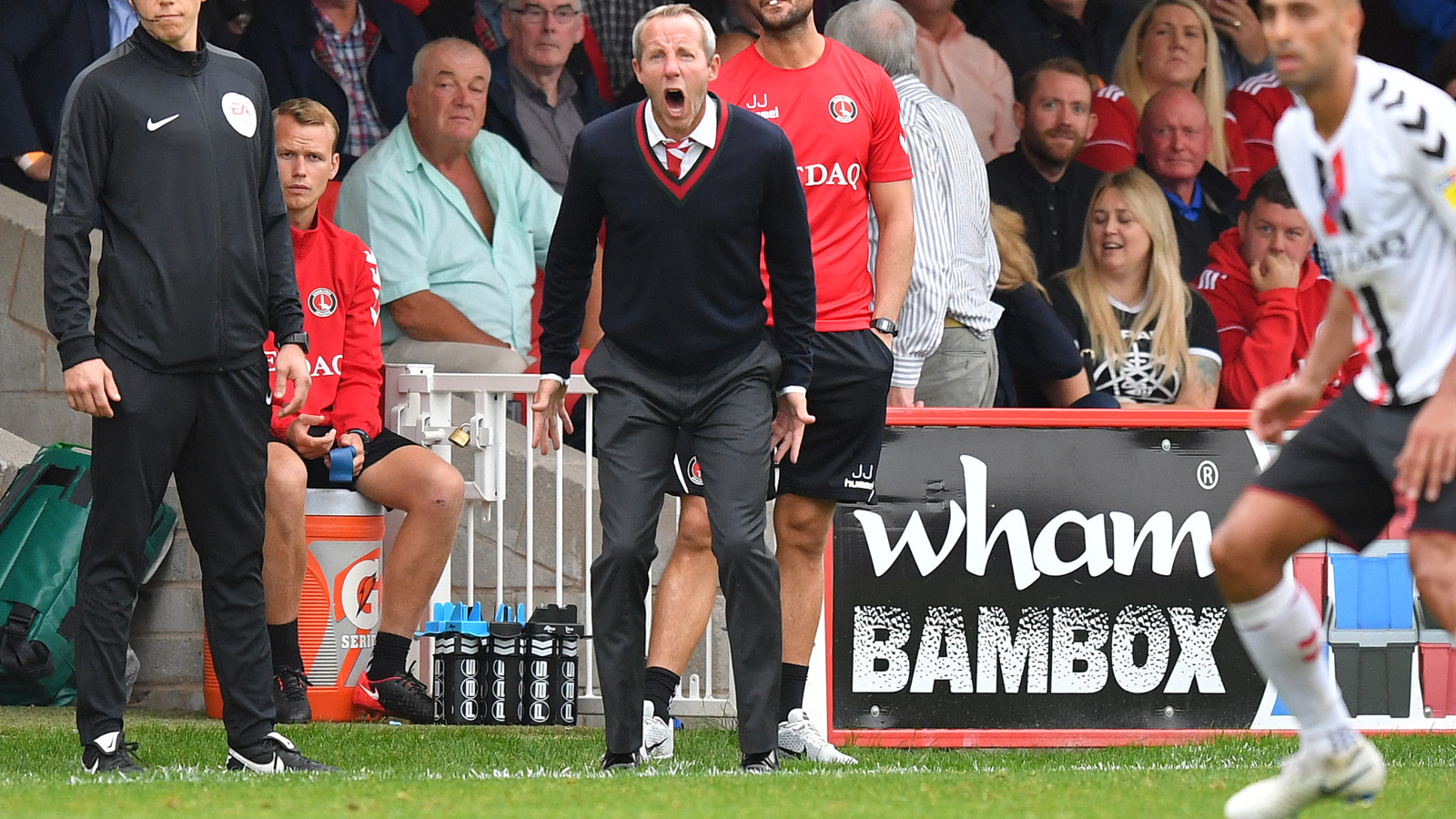 The Addicks were well worthy of their lead at the break, brought about by Karlan Grant’s second goal in as many games, but the home side applied pressure in the second half and drew level through Jordan Clark’s strike 12 minutes from time.

And the caretaker boss was not happy to be leaving Lancashire with a solitary point.

“For the players we had out there, that result is not acceptable. No disrespect to Accrington, I thought they did well, especially in the second half. But coming here and only getting one point isn’t good enough.”

Bowyer was particularly frustrated that his side’s performance did not reflect their work on the training field.

Following a positive week at Sparrows Lane, he wanted to see more of that work implemented at the Wham Stadium.

“We were sloppy in possession,” he explained.

“Our passing was OK at times, but what I’m witnessing at the training ground every day is not what we’ve just seen today.

“I told them it was unacceptable because they work hard all week for a reason. We tell them things to get them into certain areas, but we can’t make them make the right decision in the final third – that’s something that I can’t control – and that’s what let us down today.”

Bowyer also felt that a lack of ruthlessness was a key factor towards the failure to gain maximum points.

“We’ve got to start killing games off,” he continued.

“Teams play long balls, it’s what a lot of teams in this division do. It’s not going to be a pretty football match all the time and today just wasn’t good enough.”

“We didn’t lose the game, but it’s still not good enough in my eyes if you want to get promotion.”

Meanwhile, Bowyer was pleased with the first contribution of new loan signing Kristyian Bielik on his debut Charlton debut.

“He got a bit of cramp at the end and will be OK for Tuesday’s game.”