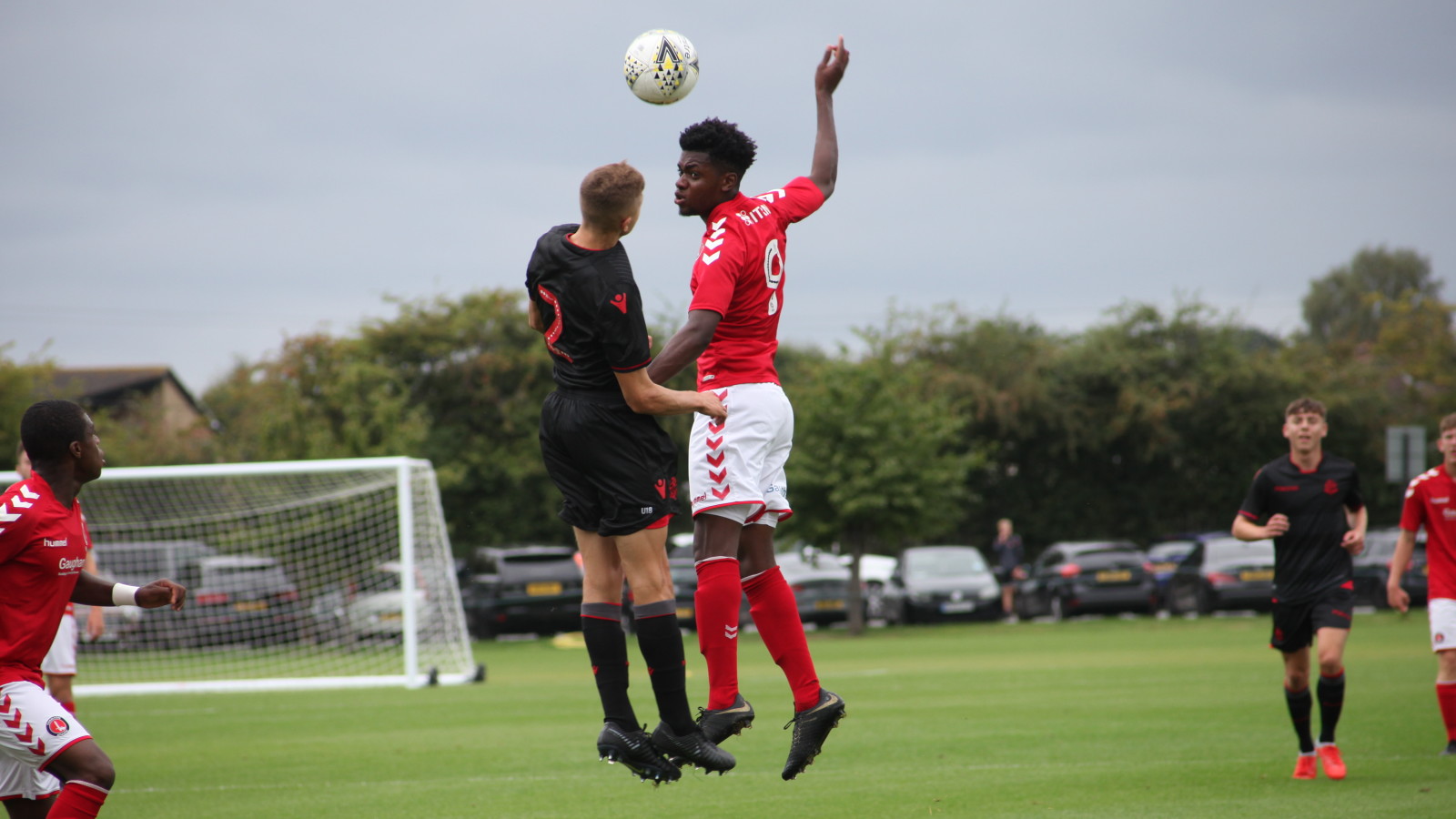 The U18s grabbed their first three points of the season last Saturday as they overcame Bolton Wanderers at Sparrows Lane.

Kareem Isiaka was at the double with two goals before half-time and the young Addicks’ defence held firm at the end after Eddie Brown had given the visitors a lifeline with nine minutes remaining.

Charlton took the lead with their first shot on goal after 16 minutes. Luca Albon’s brilliant first touch brought down a lofted ball aimed towards the edge of the box before he squared to Isiaka who finished confidently from 13 yards.

Albon and Isiaka combined again shortly after as the former played in the latter one-on-one, but he could not beat the goalkeeper who denied the striker from sealing an immediate brace.

At the other end, keeper Joseph Osaghae was called into action to keep out a pair of half-chances which fell to the Trotters, but a swift counter-attack two minutes before the break resulted in the Addicks furthering their lead and Isiaka finally claiming his second of the morning.

The nippy forward stole possession on the halfway line and made his way towards goal as the red shirts found themselves three-on-one with the Bolton defence. Despite unmarked options to his left, Isiaka opted to go alone and stuck a well-placed low shot past the goalkeeper and into the bottom left-hand corner for 2-0.

The visitors saw plenty of the ball in Charlton’s half during the second period, but the Londoners’ defence limited them to potshots and half-chances until they did get themselves on the scoresheet in the 81st minute. Matty Barnes’ initial effort came back off the right-hand upright, only to fall into the path of Brown who was able to enjoy an easy finish.

It was not enough to topple the Addicks, however, with the reining national champions claiming all three points from their first home game of the campaign.