Bowyer pleased with "deserved" three points and a clean sheet 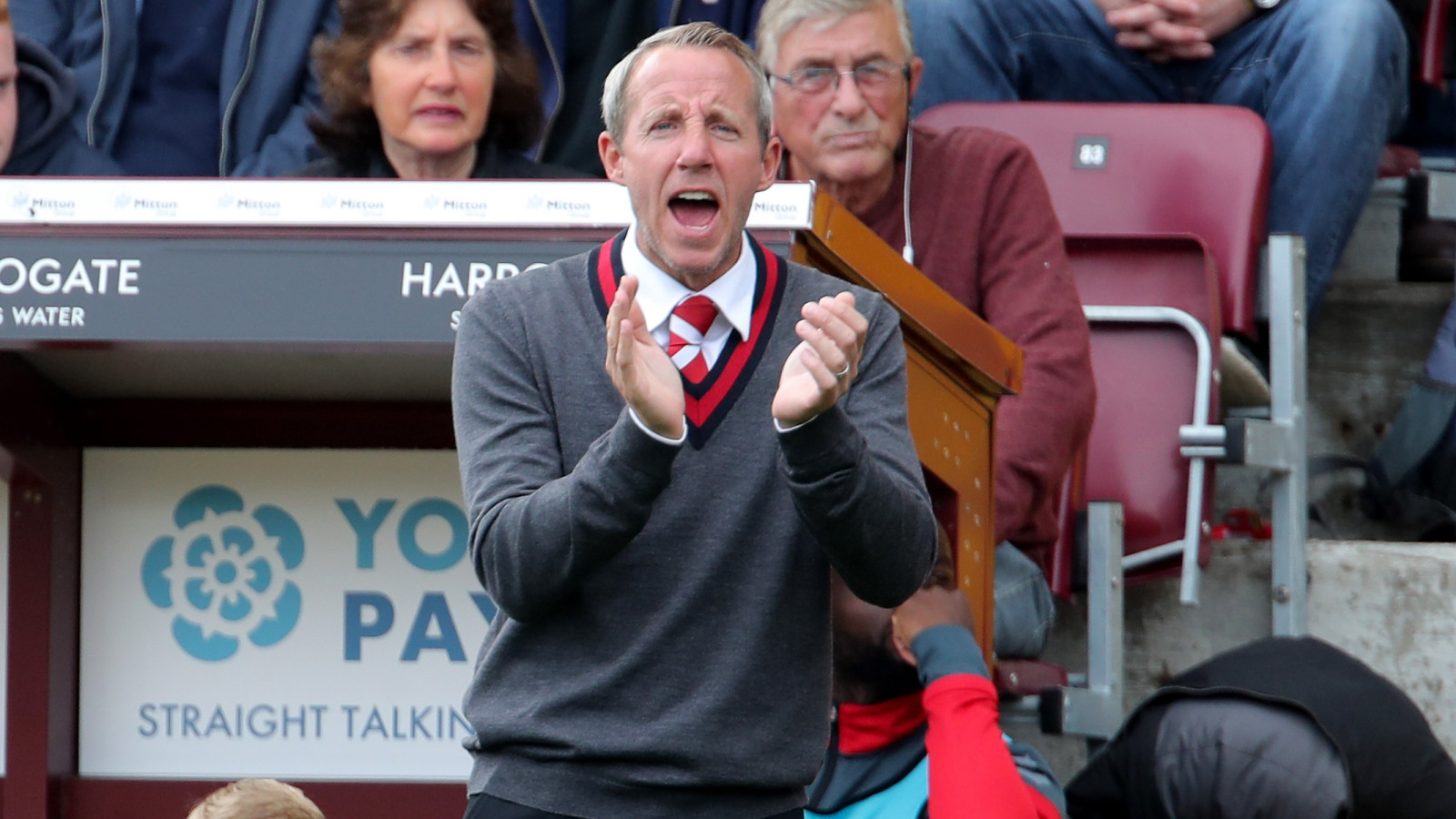 Lee Bowyer was delighted to see his team come away from Bradford City with all three points and a clean sheet on Saturday as the Addicks claimed a third consecutive league victory.

Karlan Grant sent Charlton on their way in the third minute of an excellent first-half showing at the Northern Commercials Stadium and the visitors soaked up some second-half pressure before Lyle Taylor found the top corner with an excellent finish late on to secure a well-deserved victory in Yorkshire.

And Bowyer, citing Bradford as one of the toughest stadiums to visit in League One, was pleased with how his side acquitted themselves.

“In the first half, we were excellent,” he said.

“We moved the ball well and I think we should have been two or three up at half-time, but we need to be more ruthless and put teams to bed.

“In the second half, we made it tough on ourselves, we gave the ball back to them too easily at times and they put us under a bit of pressure without creating any chances.

“But the most important thing is that we got the three points and a clean sheet. It’s a tough place to come. I came here as a player and lost so it’s definitely tough. The crowd get behind them, but we all stuck together and thoroughly deserved the three points.”

Goalscoring duo Grant and Taylor now have eight goals in eight games between them so far this term and Bowyer hailed their partnership for coming up trumps once again.

“They’re both looking for each other now and I said after the Accrington game that things would change,” explained the Addicks boss.

“What happened on that day wasn’t good enough because you have to work as a team, but they’re definitely doing that now and playing as a partnership.

“Ward has come in as that clever one behind them and they just keep scoring goals – it’s what they do – and I see it every day. When Lyle stuck that in the top corner, it didn’t surprise me because I see him do it every day in training.

“I’m delighted for the pair of them. They worked hard and they deserved their reward today.”

“He’s dangerous in possession. He’s a clever player and gets into dangerous positions, but you can tell he was rusty because he hasn’t played much football.

“But that will come. He’ll be getting better and better every day in training because our tempo is demanding. But we’ll have to look after him for now. I was delighted with his performance and he brings something different to what we’ve got, for sure.”