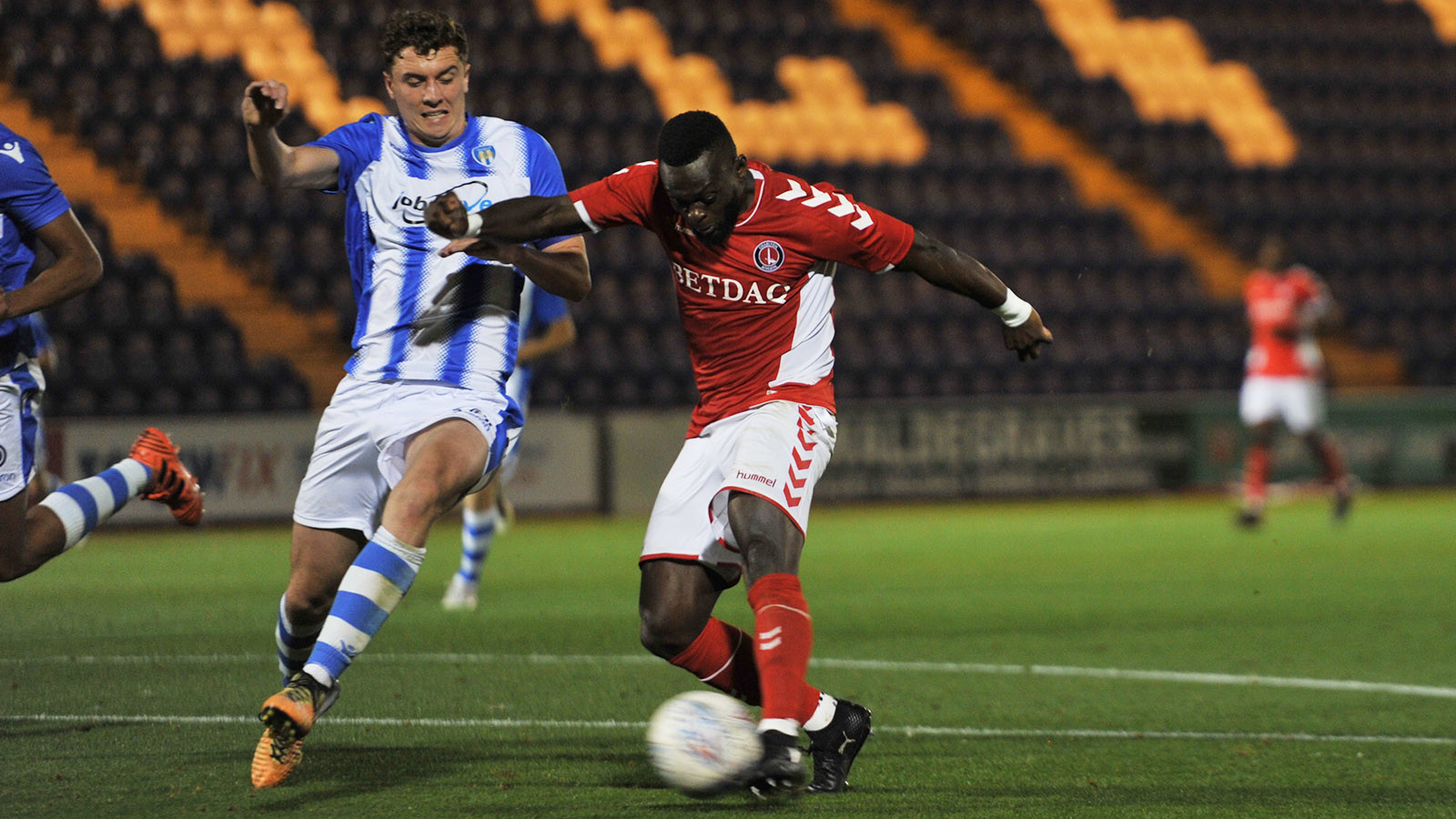 Charlton’s development squad fell to a second consecutive defeat on Monday when they were beaten 2-0 by Colchester United at the JobServe Community Stadium.

A goalless first half saw very little in the way of chances, with the Addicks’ best opportunities coming via the heads of Ryan Blumberg and Jo Cummings, who both saw efforts saved by U’s stopper Bailey Vose.

Albie Morgan saw a shot fly over the bar, while the hosts should probably have done better at the other end when Ollie Sims fired a goalscoring opportunity straight at Dillon Phillips.

Colchester did not take long to go in front after the restart, however, with former Addick Aaron Barnes claiming the assist for the opening goal of the evening in the 48th minute.

Getting down the right, the full-back laid the ball on for Andre Hasanally who fired home despite Phillips getting a palm to his effort.

Igor Vetokele had come close moments before the home side had broken the deadlock and he nearly responded immediately after his side went behind when he forced Vose into a superb save, tipping the ball over the crossbar.

Morgan continued to try his luck with a shot just over before pulling a free-kick wide and a poor goal-kick taken short nearly resulted in the Addicks taking advantage, only for the U’s to survive, before doubling their lead with 21 minutes remaining to finish the Londoners off.

Goalscorer Hasanally this time turned provider, exchanging passes with Ken Charles who slotted past Phillips for 2-0.

That proved to be game over for Jason Euell’s youngsters who will be looking to bounce back when they take on Watford at Greenwich Borough on Monday afternoon (2pm).