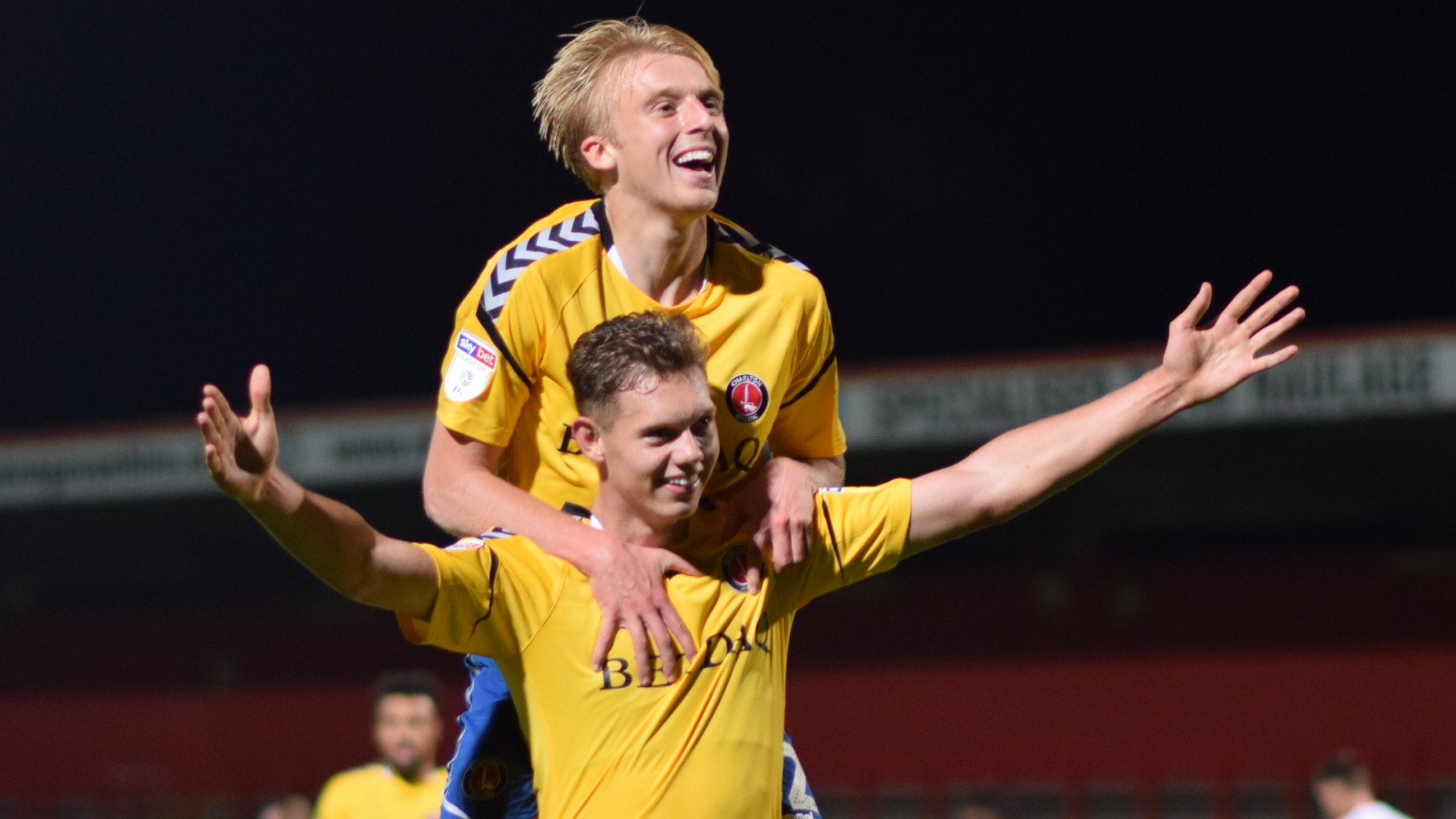 Debutant Toby Stevenson was the hero as the Addicks completed a club record 8-0 win over Stevenage in the Checkatrade Trophy.

Stevenson netted a hat-trick as Charlton overtook their previous record an 8-1 win at home to Middlesbrough in 1953.

The result may have even flattered the hosts as the Addicks peppered the Stevenage goal producing 22 shots on goal.

Darren Pratley, Nicky Ajose, Igor Vetokele and George Lapslie were also on the scoresheet as Charlton dominated the game with 60% possession.

Lee Bowyer handed a debut to Stevenson, a summer signing for the Academy from Leyton Orient, and made nine changes to the deal that played Coventry City at the weekend, with Pratley skippering the side and playing in at centre-back as part of a 3-5-2 formation.

Stevenage began the game with a very high press and it wasn’t long before Andronicos Georgiou drove high and wide at the Addicks goal.

After the early pressure Charlton took control, as Pratley really begun dictating the game from his unfamiliar centre half position.

As well as the skipper it was debutant Stevenson impressing early on with the Addicks causing real problems down the left. The youngster’s 11th minute cross from the byline was blocked behind for a corner and two minutes later he latched on to a wonderful driven pass from Naby Sarr and cut back to Jamie Ward whose dipping effort went just over the crossbar of the grateful Will Appleyard.

Igor Vetokele was next to test the Stevenage defence, his shot on the turn from a Nicky Ajose cross went wide of goal.

The chances kept coming and Ajose, Lapslie and Ward all had further efforts on goal before the Addicks took a much-deserved 26th minute lead through Pratley. A Charlton corner was cleared to Mark Marshall whose driven left-footed effort bounced around the box before falling to the unmarked skipper who had a very easy side-footed finish from five yards out. After all the clever interplay the Addicks had displayed it was a very scrappy goal and there was no looking back for the visitors.

The second, just a minute later, was good football. Anfernee Dijksteel intercepted well and then escaped two Borough defenders. He fed Ward, who played in Vetokele with a clever first time pass. The striker's cross from the right found Stevenson charging in at the back post. The debutant made no mistake with a smashed finish into the top corner from 10 yards giving Appleyard no chance of keeping it out.

With much of the play down the left in the first quarter of the game, it was time for right wing back Marshall to show his skills. The veteran had already demonstrated his ability with a couple of pinpoint cross field balls but when he collected the ball on the wing in the 34th minute rather than cutting inside he drove at his defender and crossed, Vetokele nodded down and Ajose was at the back post to bundle in giving the Addicks a 3-0 advantage which they held through to half-time.

There was still time for the very active Ward to force two more saves from Appleyard before referee Lee Swabey blew the half-time whistle.

Charlton didn’t let up in the second half and added to their tally just three minutes into the second half. Ajose’s neat through ball was perfect for Lapslie who passed across goal where Vetokele was on hand. The striker’s effort was well saved but bounced back off the goalkeeper and off Vetokele into the net for his first Addicks goal since netting against Rotherham in January 2016.

Lapslie made it 5-0 in the 58th minute in bizarre fashion when Vetokele dummied his cross from just inside the area and the ball ended up trickling in off the Borough post.

One minute later it was 6-0 and it was that man Stevenson again with the goal of the game, a curled effort with his weaker right foot that nestled into the top corner of the net.

The youngster was temporarily denied his hat-trick just minutes later when Appleyard did brilliantly to tip a powerful effort from inside the penalty area, onto his crossbar.

He didn’t have to wait long, Ajose was bundled to the ground in the penalty area and after instruction from the bench Stevenson stepped up to take the penalty. The wing back calmly completed his hat-trick passing the ball into the bottom corner of the net.

Lapslie made it eight in the 86th minute when he smashed home from an Ajose pass as the Addicks completed the record win in style.