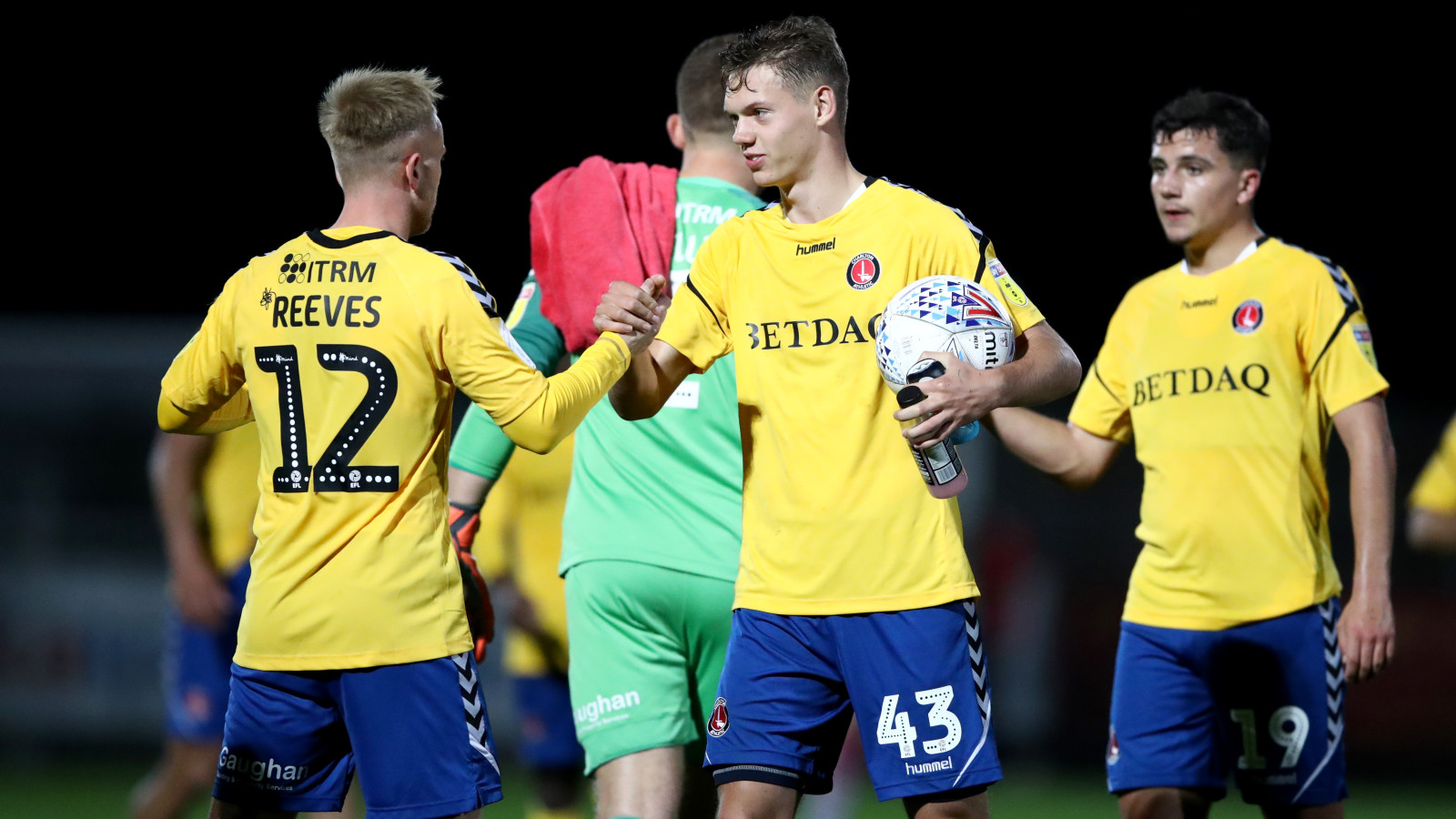 Lee Bowyer was full of praise for debutant Toby Stevenson after the 18-year-old scored a hat-trick in his first game for the club.

The youngster’s three goals came in the club’s record win, an 8-0 victory away to Stevenage.

Bowyer said: “His first start, football is mad! You get thrown into situations unexpectedly and he’s done himself no harm. We’re short in that area and the young lad, ok he didn’t get tested defensively, but in possession he did well. He got a bit ahead of himself at the start of the second half but he was outstanding.

“He put some great balls into the box. He scored a hat-trick and hit the bar, from the keeper making a great save!”

Bowyer also praised Nicky Ajose, who gave a penalty to Stevenson to allow him to complete his hat-trick. Bowyer said: “Nicky was great to let him have the penalty in the end. Nicky didn’t want to let him have the penalty but it was the right thing to do. The kid had done well on his debut. All credit to him, he’s handled himself very well tonight, like a professional.

“Again that’s a credit to our academy, George Lapslie scored two, young Toby three, Albie (Morgan) nearly scored, Taylor (Maloney) and Anfernee (Dijksteel) did very well, Dillon in goal was excellent, he didn’t have many saves but he was good with his feet but he did what he had to do. It’s a credit to our academy. For the young lads, they wouldn’t have been able to play to that standard in pre-season. They’ve come on so much and learnt so much. It’s good to see for us and the football club.”

Bowyer’s full interview will be on Valley Pass later tonight.

Read what Academy Manager Steve Avory had to say about Stevenson after he signed this summer.