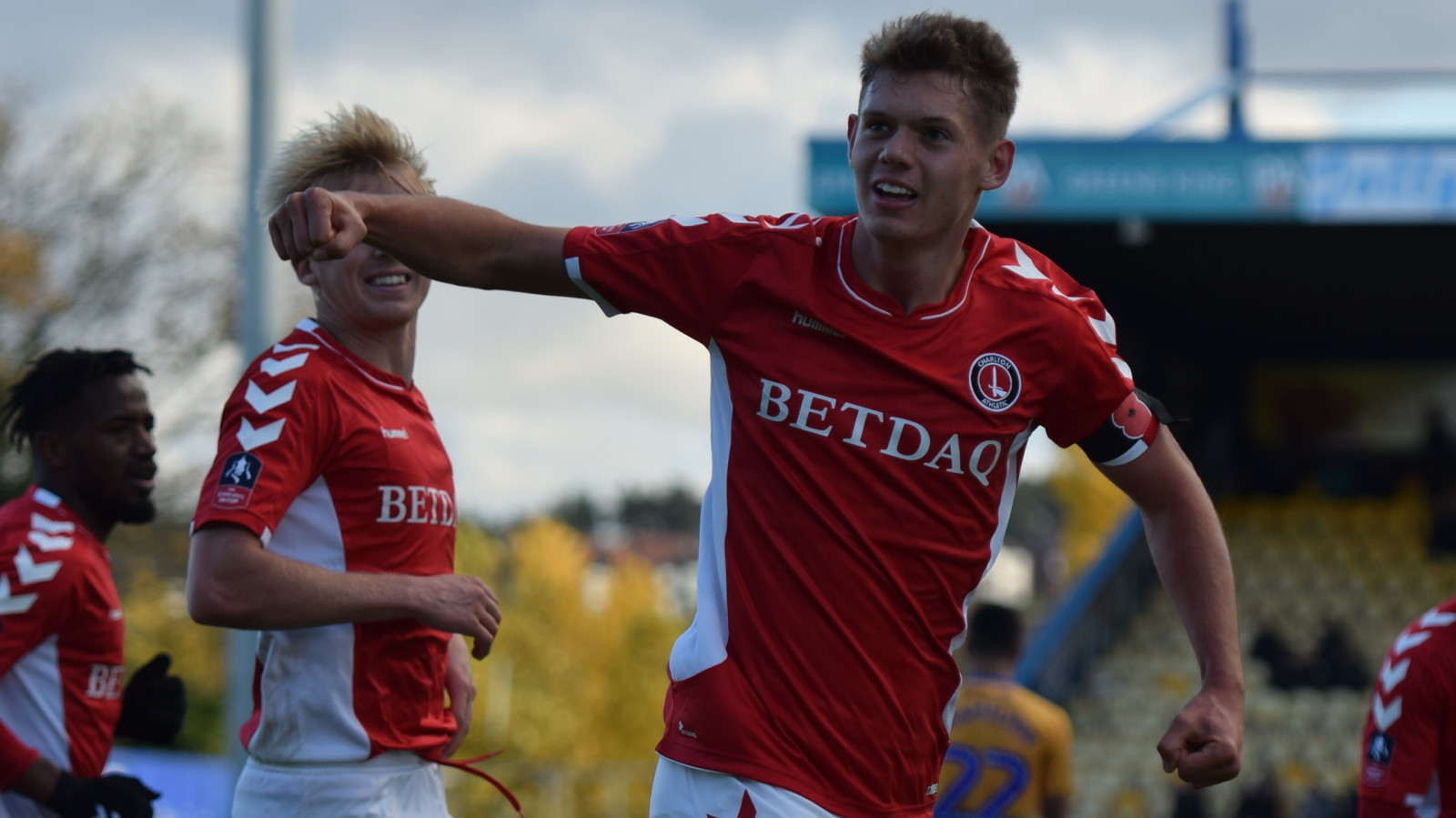 Charlton were held to a 1-1 draw by Mansfield Town in the first round of the FA Cup at One Call Stadium on Sunday afternoon.

The home side opened the scoring on the stroke of half-time through CJ Hamilton in a competitive cup tie in Nottinghamshire, only for youngster Toby Stevenson to pop up with his fourth senior Addicks goal to force a replay at The Valley.

Lee Bowyer made a number of changes to his starting XI for the cup tie, with the Addicks boss taking the opportunity to rest some of his players who have featured heavily of late and handed opportunities to other members of his squad.

One of the nine changes saw academy graduate Dillon Phillips start in goal, while Stevenson, who of course scored an incredible hat-trick in his only other first-team appearance, joined Mark Marshall as wing-backs.

On the bench, there was some welcome news as Billy Clarke was named in a matchday squad for the first time in 11 months.

An early chance for Charlton saw Grant speed down the left before crossing low for Lapslie, but the graduate could not find the right connection from 12 yards, before the 21-year old struck a good effort just over the bar from 22 yards minutes later.

Before that, however, the Stags enjoyed their first opening when Hamilton stole into the box on the left and struck the near post with an effort on the angle.

With 14 minutes on the clock, Grant and Lapslie linked up again, with the latter coming closer still. Once again cutting in from the left, Grant tried to lay it on a plate for the midfielder, but his side-footed effort was sent wide.

A minute later, Neal Bishop went close with a low shot into a crowded area from the edge of the box which Phillips got down well to keep out, while a quick break away saw Grant drag an effort off target after some tenacious work on the edge of the box.

A fairly even first half produced another opportunity for the hosts on the half-hour mark when Hamilton’s cross-shot was deflected into the side netting and the end-to-end nature of the first 45 continued when the Addicks came close with another move down the left, with Grant flicking Ajose’s centre wide of the post.

But the topsy-turvy half was destined not to finish goalless and, on the stroke of half-time, it was the Stags who took the lead courtesy of Hamilton who enjoyed plenty of space on the left to get into the box and fire in off the post.

Hamilton continued to prove a threat for the home side and drew Phillips into a good, low save early in the second period and, in truth, the Stags were managing their lead well, leaving Charlton frustrated as they looked to find an opening.

Tariqe Fosu was introduced from the bench in place of Ward with 56 minutes gone and there was a big cheer from the away end with 70 minutes left on the clock when Clarke finally entered the fray for the first time in 11 months, bringing an end to his year of injury hell as he came on for Maloney.

Indeed, the switch made a difference, giving the Addicks the impetus they needed to draw level in the 73rd minute.

A cross from the left was dropped deep into the danger area and bobbled around the six-yard box, leaving Stevenson on hand to force the ball over the line, securing an incredible record of four goals in his two senior appearances.

Moments later, Ajose was sent through one-on-one in an attempt to complete a quick turnaround, but keeper Bobby Olejnik got out well to deny the striker.

Mansfield finished the game the stronger side without causing Phillips too many problems and the match played out to a stalemate, leaving the sides to duke it out again in nine days’ time.