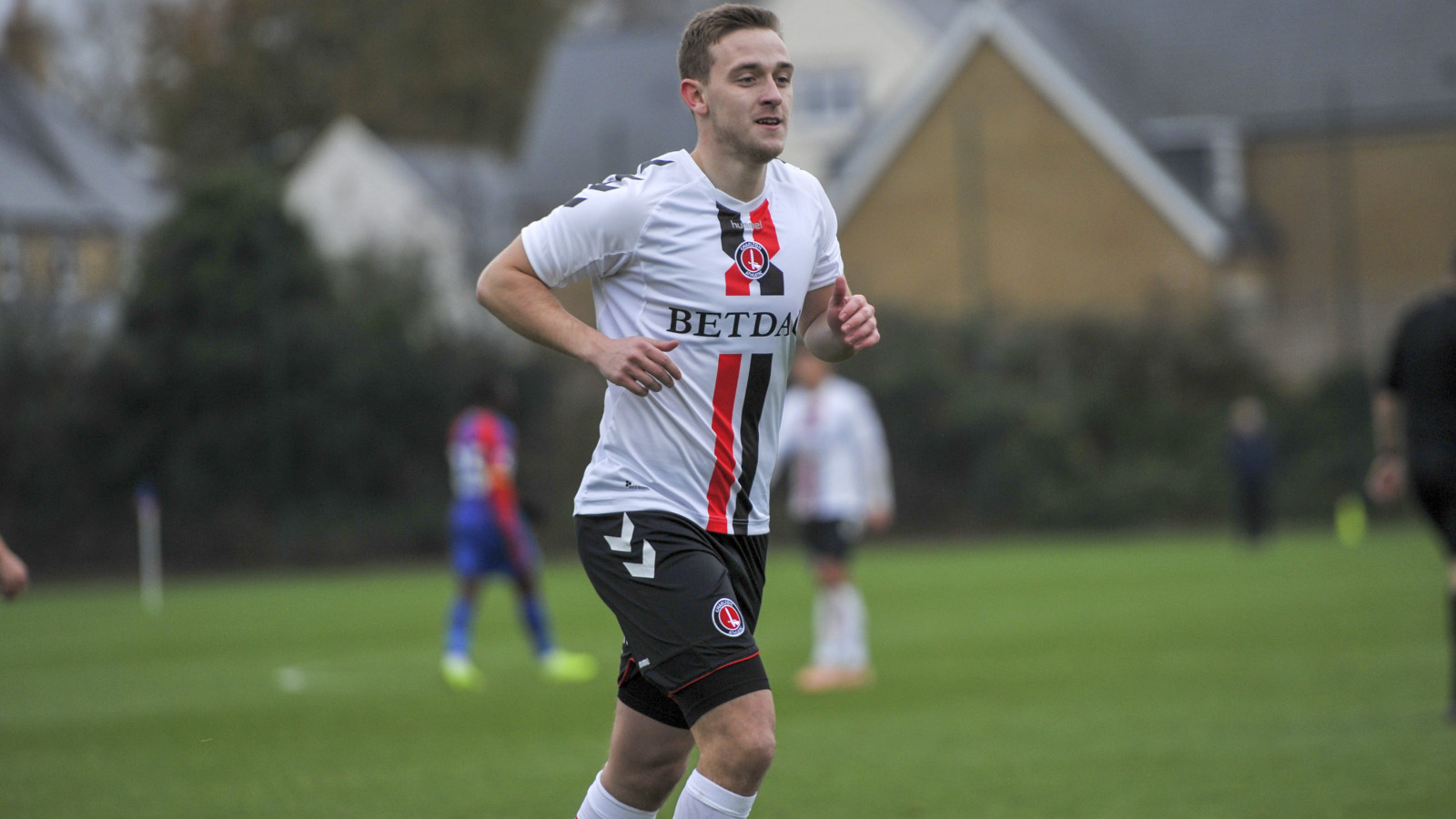 Mikhail Kennedy made his long-awaited return from injury by coming off the bench in Charlton U23s’ Professional Development League 2 South clash at Crystal Palace on Monday afternoon.

The Northern Irishman had missed the last 15 months, 470 days to be precise and undergone two knee operations, but made an 11-minute cameo, in which he got stuck into some trademark tackles in south London.

The game itself saw Palace – who included a number of senior players in their side – run out 4-0 winners at Copers Cope.

Sullay Kaikai, on loan at the Addicks last season, gave them the lead in the first-half and after the break first-team striker and Norway international Alexander Sørloth doubled their advantage with a powerful shot.

Billy Clarke played 90 minutes for Charlton as he continues his own recovery from a knee injury and he whipped a free-kick just over the bar as the Addicks looked for a route back into the match.

But Palace made the result safe eight minutes from time when Nya Kirby converted a penalty, following a foul on Sørloth by Ashley Maynard-Brewer, and substitute Gio McGregor then made it four late on.