Debuts, a hat-trick and an FA Cup goal: Toby Stevenson reflects on a whirlwind six weeks 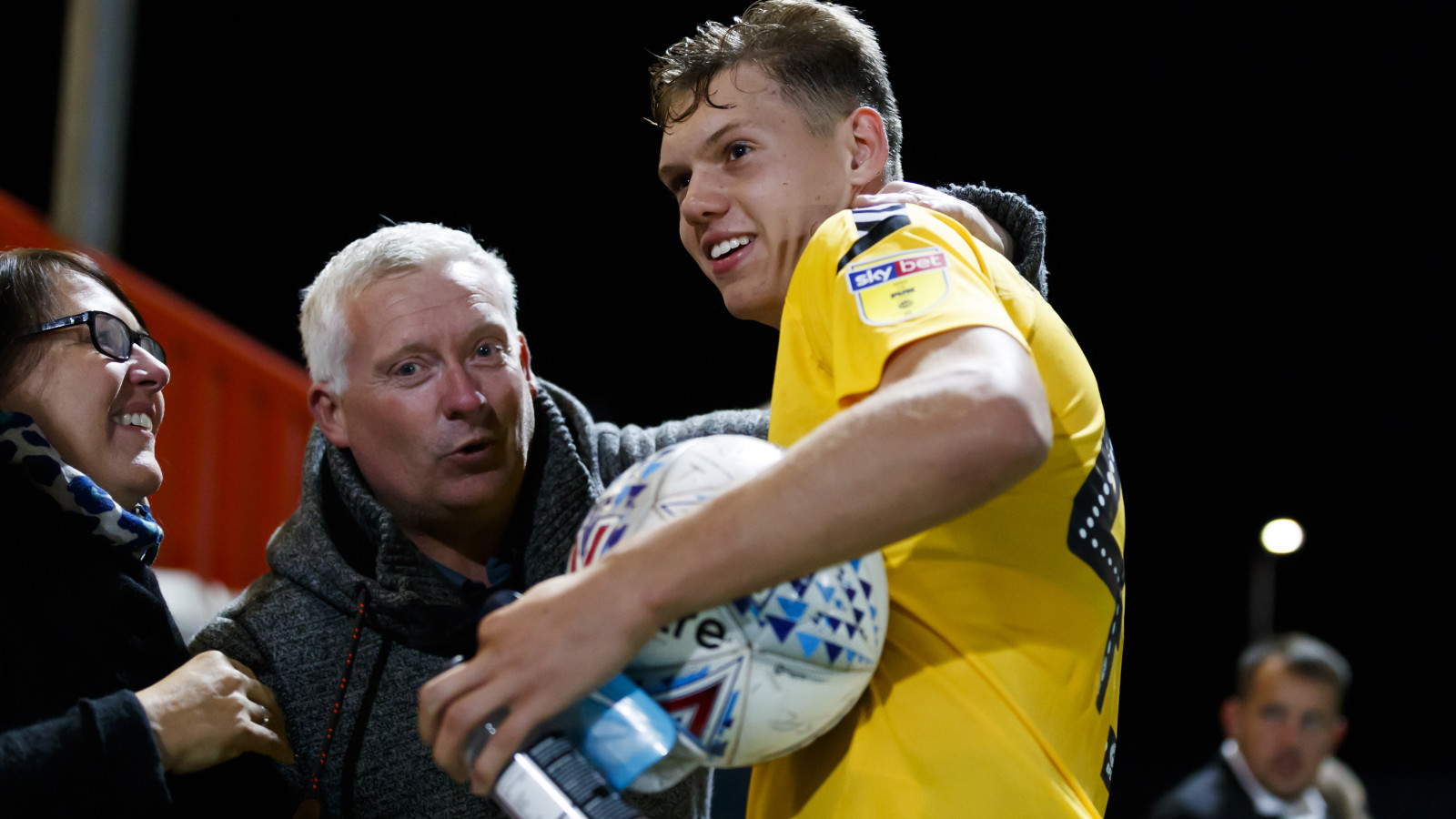 Charlton youngster Toby Stevenson has enjoyed a whirlwind last six weeks. In that time, the defender has made his senior debut, scored a hat-trick, netted in the Emirates FA Cup and made his Valley bow.

For the Mansfield Town FA Cup replay edition of Valley Review, he sat down with George Jones to discuss the last six weeks…

Sitting in the corner of the Lamex Stadium’s away dressing room at around 10pm on Tuesday, October 9th, nothing was going to wipe the beaming smile off the face of Toby Stevenson.

The teenager had just made his senior debut. He’d also just scored a hat-trick. And perched below his peg for the night - having played his part in Charlton’s club-record 8-0 victory over Stevenage - he had his match shirt in one hand and his treble-scoring match ball in the other.

“Not many people do that; it was a good achievement for me, something I’m really proud of and I remember my phone was going mad!”

It was an incredible way for the defender to launch his senior career and his next first-team appearance would yield yet another goal.

That came in the original tie of Charlton’s Emirates FA Cup first-round match-up with Mansfield Town. With Lee Bowyer’s Addicks trailing to CJ Hamilton’s impressive opening goal for Mansfield, Stevenson instinctively got onto the end of Tariqe Fosu’s 73rd-minute knock-down to steer home his team’s leveller.

“That goal felt more important and more real,” Stevenson said. “The FA Cup is a big competition and everyone wants to go through to the next round. Not that many people score in the FA Cup, so it was great to get the equaliser.

“It’s was a shame we couldn’t go on and win it. Before the game, I was really excited to play and I enjoyed every minute.

“It was a tough game and Mansfield were on top for periods but I really enjoyed the test and to score again was a great feeling.”

His equaliser at Mansfield kept the ball rolling on what has been a fantastic few months for Stevenson, who arrived at The Valley in the summer from Leyton Orient.

The defender – who can play at centre-back and left-back – spent time on trial with the Addicks’ U18s squad last season and would only feature once for them before being offered a professional contract.

That came in their Professional Development League 2 national play-off final victory over Crystal Palace at The Valley and since then he has gone from strength to strength.

He said: “I wasn’t too nervous [before the U18s play-off final] because you don’t know anyone and you’ve just got to give it your all and have no regrets. You either get signed or you don’t. I gave it my all, played well and managed to get my contract.”

He continued: “I feel like I’ve improved loads since I’ve come in, personally. The speed of which I’m playing at, I’m getting quicker and quicker and I’m just enjoying every minute of it.

“Steve Avory has been really good, Jason [Euell] and all of them [the coaching staff] and obviously the gaffer [Lee Bowyer] for giving me the chance. Every single coach has been brilliant and they’ve helped me and helped the whole team improve.”

Despite making big improvements to his game, Stevenson admits that he was surprised to learn that he’d be starting that now oh-so famous match at Stevenage last month.

He said: “I wasn’t expecting it because I wasn’t training with the first team at that point, so it was a surprise but I was so excited. I couldn’t wait for the day.

“I told my mum and dad and they were buzzing for me and happy for me to get a chance in the first team, which is something everyone wants. I was so excited and I just wanted to take my chance.”

It’s fair to say that Stevenson certainly did take that chance.

Stevenson could feature in Charlton’s FA Cup second-round tie against Doncaster Rovers at The Valley on Saturday. Tickets for that match are on sale and you can purchase yours online by clicking here.