Pearce: “The minimum expectation is that we give our all” 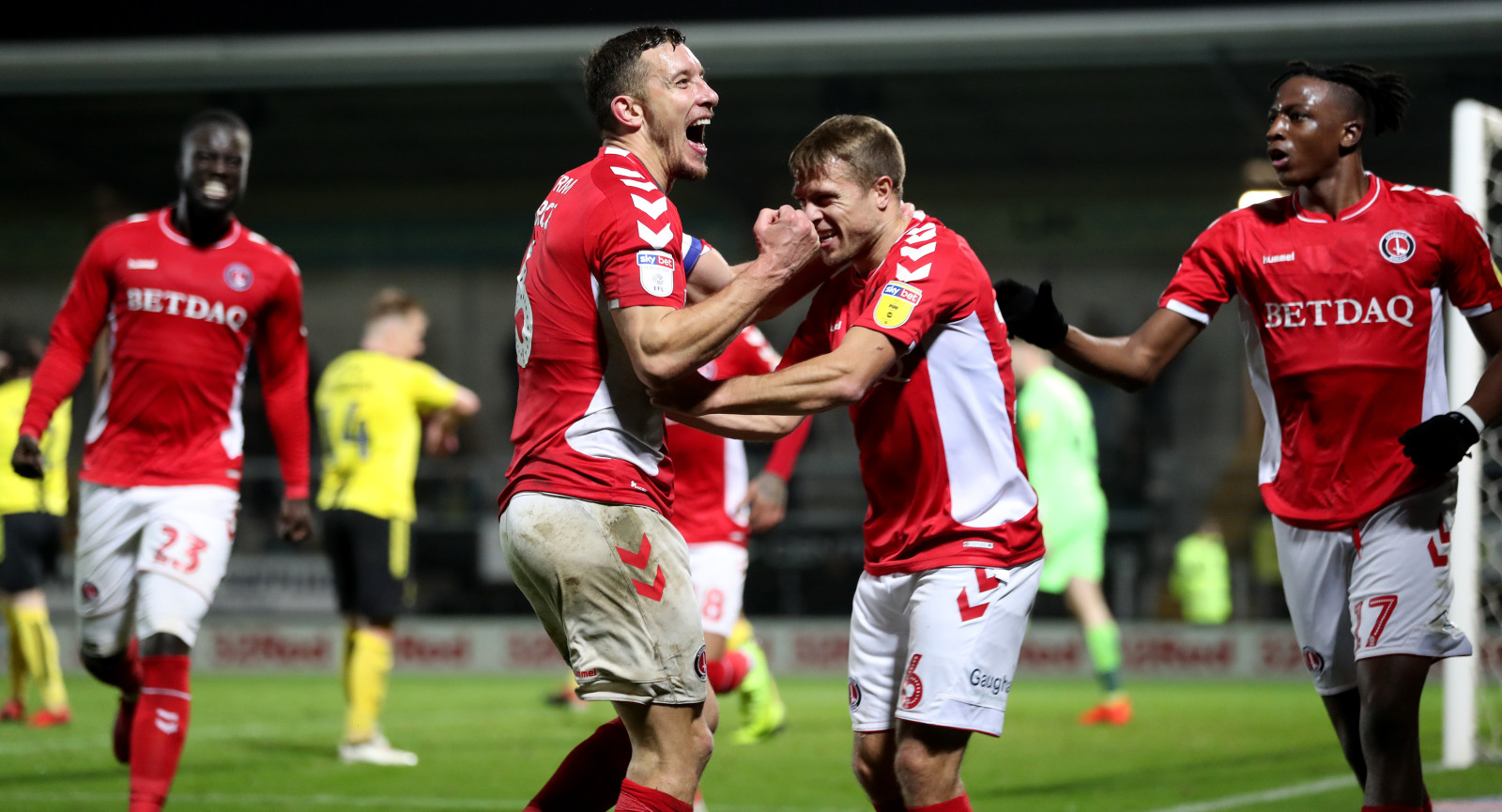 Charlton travelled to a wet Pirelli stadium on Tuesday night in what turned out to be a hard-fought 2-1 victory over Burton Albion.

The Addicks had a lot of defending to do for large parts of the game and Charlton captain Jason Pearce expressed his delight at taking all three points from the Brewers.

He said: “First half, they were better than us and we got in at half time at 1-1, which was important. We had to regroup and change the system a little bit and give it a good go. They were still on top in the second half to be fair so to get the three points was massive for us.”

In what was by no means the prettiest of matches, the no-nonsense centre-back was quick to analyse his side’s performance: “It was a difficult game for all of us, everyone was knackered coming off the pitch because we all gave 100 per cent but we weren’t at the standard [on the ball] that we’ve been on for a lot of the season.”

“Credit to Jed [Steer] because he’s made a couple of fantastic saves to keep us in the game. We’re delighted with the victory but obviously we know we can do better.”

The travelling Addicks fell a goal behind after 25 minutes when the referee judged that Liam Boyce had been fouled in the area.

“I’ve seen them be given. It’s difficult,” said the skipper when asked what his thoughts were on the referee’s decision. “I didn’t think it was a penalty and I was right in front of it, but the ref said to Krystian it was a penalty, so it was disappointing.”

Lucas Akins fired the home side in front from the penalty before Charlton themselves won a penalty. Karlan Grant slotted home the goal to send his goal tally into double figures for the season.

Pearce described the impact the equaliser had on the game: “It was massively important, but we did have a couple of chances and that goes to show that the boys don’t stop. We keep going. It was important to go in at 1-1 at half time because then we knew we’d have a chance second half.”

It was Pearce himself who provided the decisive moment when, on 88 minutes, he leathered home a strike from a corner to send the travelling supporters into ecstasy. The winning goal scorer was quick to praise the Addicks faithful.

Pearce said: “They were brilliant. They really were properly behind us even when we weren’t at our best, they stayed behind us and I can’t thank them enough so to get the three points for them was brilliant.”

Next up in the league, Charlton will make the trip to Bloomfield Road to face Blackpool on Saturday, December 8th, a side that have only suffered defeat twice at home this season. Pearce has called on his team to continue their ruthless streak.

He said: “We’ve got to keep building. We know as players and I think the fans see that we are a good team this year and we’ve got a lot about us. However, we have to keep our feet on the floor and to give our all. The minimum expectation for us is that we give our all.”