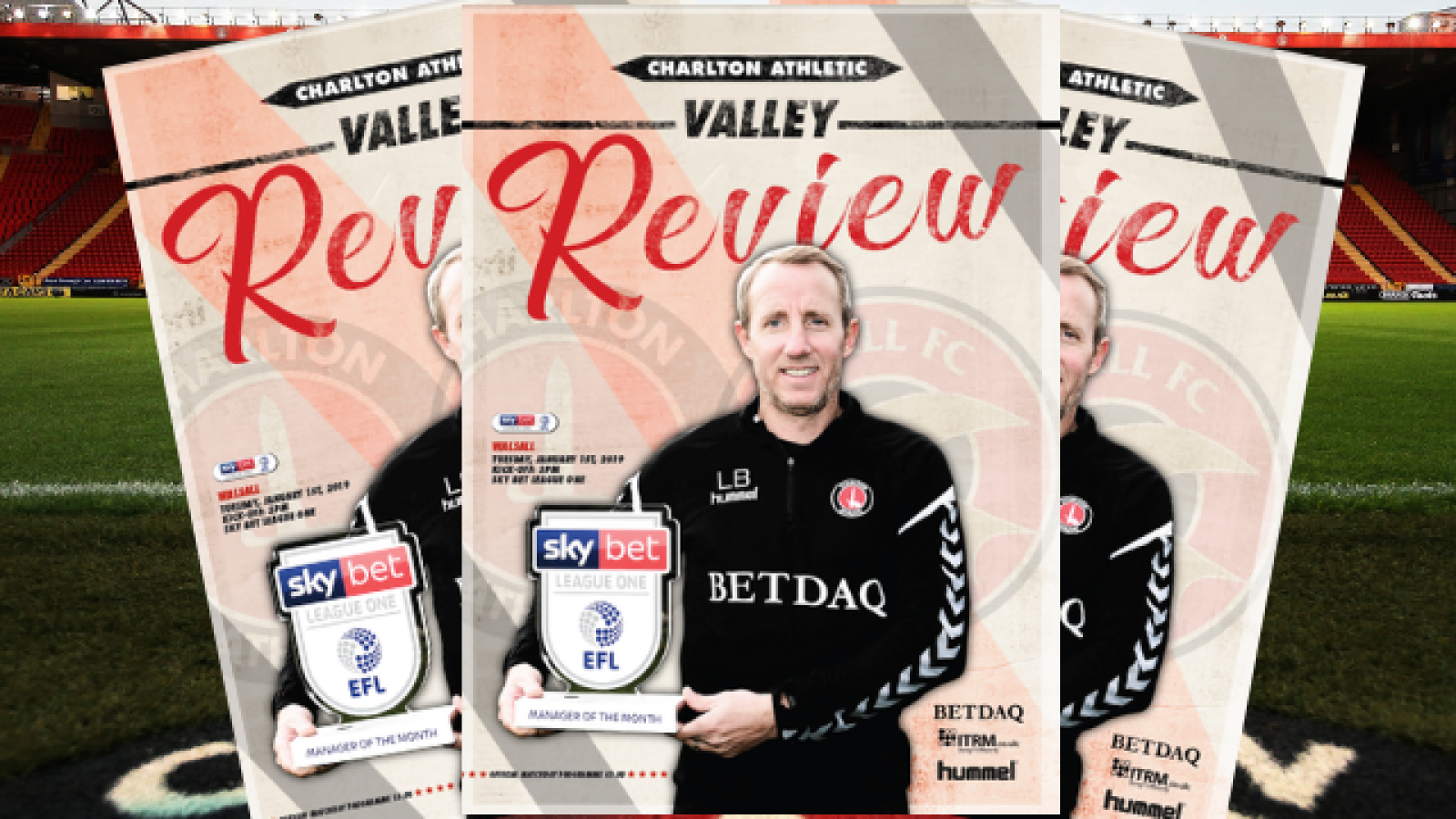 Lee Bowyer is the star of the official matchday programme on New Year’s Day when Walsall visit The Valley.

The first game of 2019 sees the Addicks boss give an in-depth interview about his first nine months in management and reflects on the first half of the 2018/19, as well as lays down what he thinks his squad is capable of achieving come May.

Bowyer also reveals some of his favourite things, including the best goal he ever scored, game he played in and which TV shows he enjoys.

As well as all the latest Charlton news, Tariqe Fosu reflects on his performance against Gillingham last time out in SE7 and there’s a look back at the players’ annual hospital Christmas visits.

As usual, Valley Review takes a look back at four classic encounters against our opponents which include a 4-2 victory at Walsall in 2000 in which Andy Hunt bagged a brace, while the Charlton Museum discuss the latest goings on with the fan-led initiative.

Meanwhile, the latest ‘My Addicks XI’ sees legend Clive Mendonca name his favourite Charlton side based on the players he played alongside during his career in SE7.