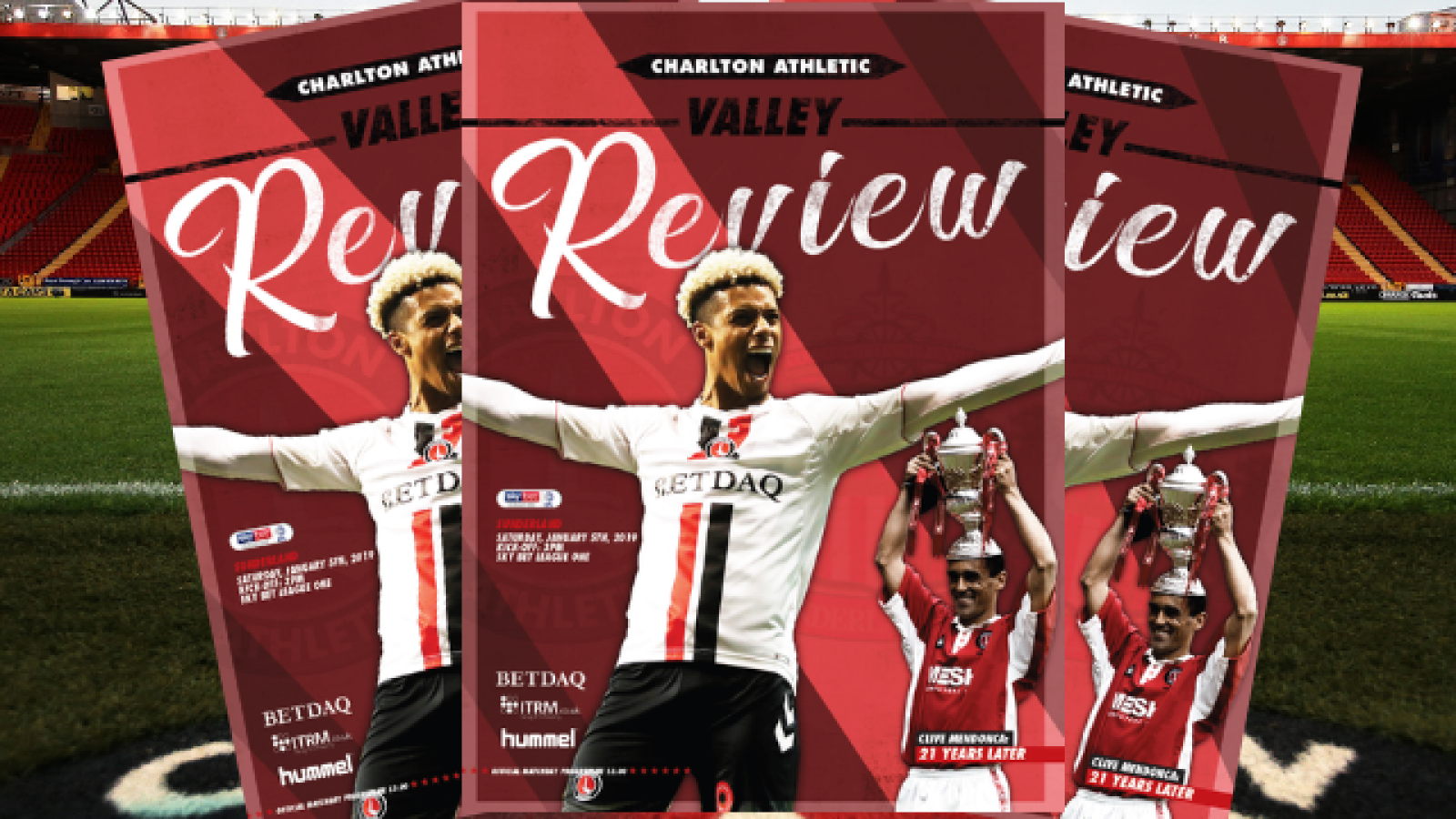 Super Clive Mendonca is the star of Saturday’s Valley Review, when Sunderland visit SE7 in Sky Bet League One (3pm).

An in-depth video interview with the Addicks legend is set to be published exclusively on Valley Pass soon and, ahead of its release, the club’s official matchday programme has taken snippets from the sit-down.

During the interview, the former front-man discusses his entire career, beginning as a young boy on the streets of Sunderland and progressing right through to his time at The Valley.

Mendonca is, of course, famous for his incredible hat-trick for Charlton against Sunderland – his boyhood team – in the 1998 play-off final. As well as remembering that day, he also tells an incredible story about the summer holiday he took a couple of weeks after that game.

His interview reads: “The strangest thing was two weeks later [after the play-off final] when I was on holiday in Ayia Napa, I was sitting by the pool with my wife and went off to the toilet.

“Who comes out as I was going in? Michael Gray! He looked me in the face, shook his head and said ‘you’re the last person that I want to see!’

“Micky is also from Sunderland. He went to the same school as me, so we had a drink and we had a good night. We had a laugh about it but, I tell you what, it [missing the decisive penalty] really took it out of him. He was devastated.”

Elsewhere in Saturday’s edition, manager Lee Bowyer pens his latest programme notes and we look back on Tuesday’s 2-1 victory over Walsall at The Valley.

Academy graduate Albie Morgan explains how he is hoping to build on his start in that win over the Saddlers and Charlton legend Colin Powell is next to pick his all-time Addicks XI.

Women’s team striker Georgia Griffin features in the regular ‘Getting To Know’ feature and visitors Sunderland profiled, while we also look back on four previous meetings against the Black Cats.

Valley Review also pays tribute to all those with Charlton connections who passed away during the last 12 months, with Saturday’s game being the club’s annual memorial game.

Priced at £3, Valley Review will be available to purchase from in and around The Valley as well as in the Valley Superstore.

Supporters are able to purchase back issues of Valley Review via the club’s online ticketing website.