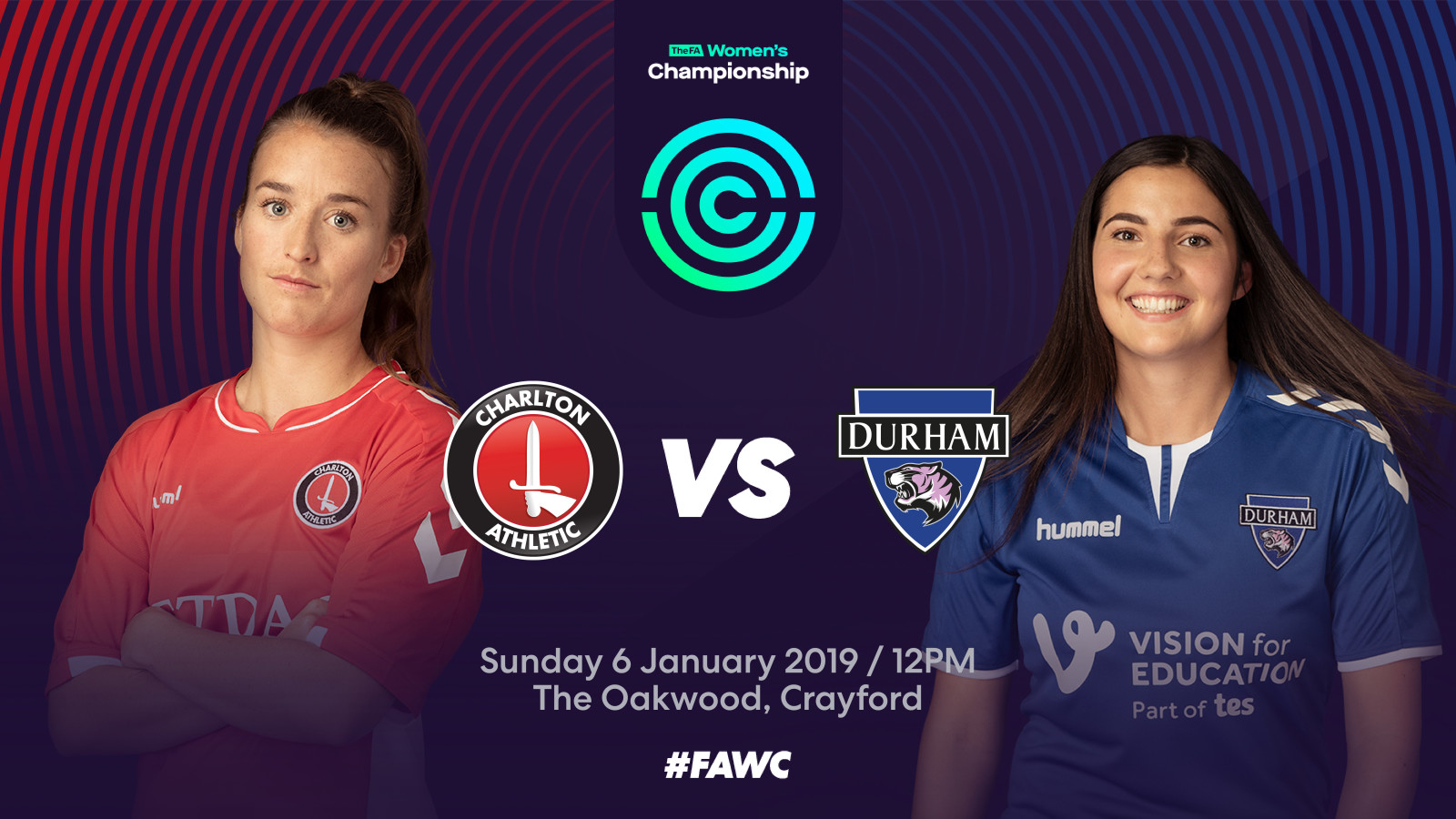 The Charlton Athletic women’s team take on Durham Women on Sunday, in what will be a crucial game for Addicks this season (12pm).

Charlton currently sit joint top of the FA Women’s Championship and are one point ahead of third-placed Durham, who they drew 2-2 with at the start of the season.

“We are fortunate to have got ourselves into a position where we are challenging for one of the top two spaces,” he said. “But there’s a long way to go

“Most games have been evenly matched so, whoever we play for the rest of the season, whether it’s Durham or someone else, it’s going to be tight. We need to stick to what we have been doing well, which is preparing for each game as it comes.”

The Charlton women’s team remain unbeaten in the league at their home ground, The Oakwood in Crayford, and have had a few weeks since their last league fixture due to the winter break.

“We’ve had a good break, so players can recover their bodies and recover their minds and we are now fit and ready to go.” added Mishra.

Sunday’s match against Durham is sponsored by the men’s first team, with first-team players likely to be in attendance to support the women. Fans should note the game is an earlier kick-off at 12noon.

Tickets can be purchased online for this fixture and the following match against Manchester United on Sunday, January 13th.​