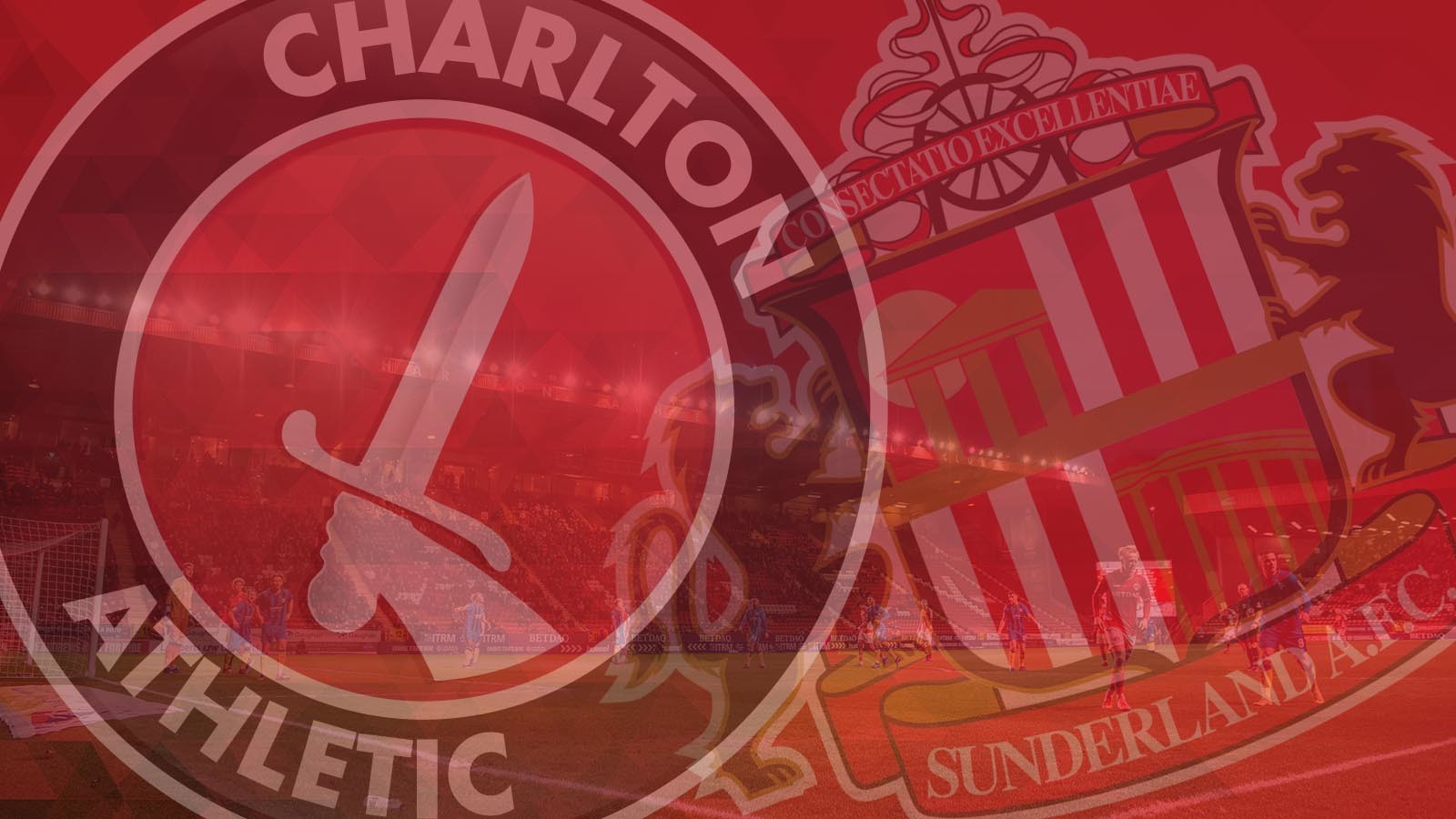 The Valley’s biggest crowd of the season so far will be in attendance to see Charlton take on promotion rivals Sunderland on Saturday afternoon (3pm).

The Addicks are in excellent form in SE7 – having won their last five games on home soil – and victory number six would move Lee Bowyer’s men to within one point of the Black Cats.

A win would also see Charlton win six successive home league matches for the first time since the 1999/2000 season, a campaign that, of course, saw the south-east Londoners win promotion.

The Addicks beat Walsall 2-1 on New Year’s Day to kick-off 2019 with three points while Sunderland, who currently sit third in Sky Bet League One, earned a 1-0 win at Blackpool.

Lee Bowyer could hand a Charlton debut to Jonny Williams, who signed for the Addicks from Crystal Palace on Friday morning.

Chris Solly is back from suspension but Jamie Ward has returned to his parent club Nottingham Forest.

For Sunderland, Lee Cattermole is suspended after collecting a tenth yellow card of the season on New Year’s Day. Midfielder George Honeyman is out with an ankle injury and Adam Matthews is a doubt with a calf problem.

Tickets for Saturday’s home game are on restricted sale – to prevent Sunderland fans buying in the home areas – and full pricing information is available to view below. 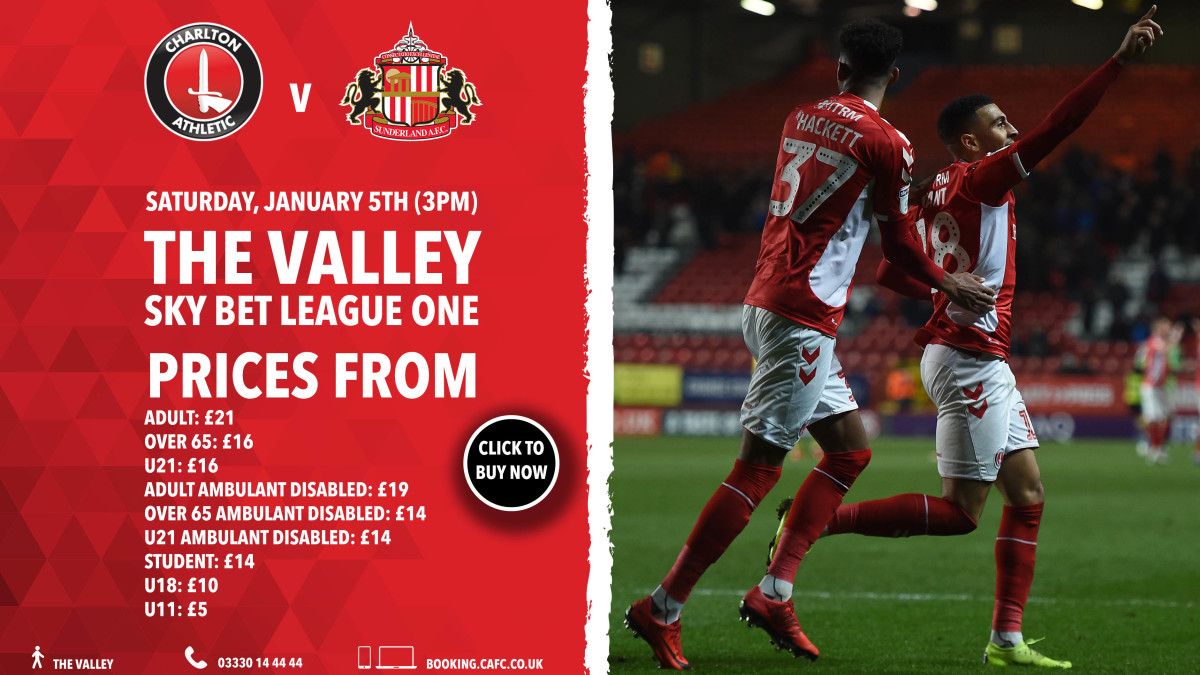 Charlton boss Lee Bowyer: “Sunderland will be a different test and we’ll respect them like we do every other team. If we do things right and we do what we’re good at then I think we’ve got a very good chance.”

Sunderland Manager Jack Ross: “It’s a hectic period, full stop. The number of fixtures we’ve already had to date in a short period of time and a big week ahead of us as well. It’s challenging, not just for us, obviously for all the other teams who face a similar fixture list at this time of year.”

Charlton and Sunderland have met 76 times in the past, with the Addicks coming out on top on 28 of those occasions. Sunderland have won 27 times while there have also been 21 draws.

The last time the two clubs met at The Valley came in December 2005, with the Addicks running out 2-0 winners. Highlights of that match are available to watch on Valley Pass.

For 2018/19's match previews, we are dipping into the Valley Pass archive to look back on a previous encounter against Charlton's opponents. This time, we of course look back to our famous play-off final victory against Sunderland in May 1998...

Stephen Martin will take charge of Saturday’s game at The Valley.

So far this season, he has overseen 17 matches - the majority of which have come in the Sky Bet Championship - where he has brandished 39 yellow cards and two reds.

Martin last refereed Charlton in January 2014, for the Addicks’ FA Cup tie against Oxford United at The Valley.

He will be supported by assistant referee Robert Hyde and James Wilson and fourth official Lee Collins.

Super Clive Mendonca is the star of Saturday’s Valley Review, when Sunderland visit SE7 in Sky Bet League One.

An in-depth video interview with the Addicks legend is set to be published exclusively on Valley Pass soon and, ahead of its release, the club’s official matchday programme has taken snippets from the sit-down.

On Saturday, the Fans’ Bar will be showing the early kick-off between Manchester United and Reading and late game between Blackpool and Arsenal.

A number of options will be available on the East Street menu for Saturday. The ‘sausage of the match’ is a jumbo pork sausage served with fried onions served a sub roll. 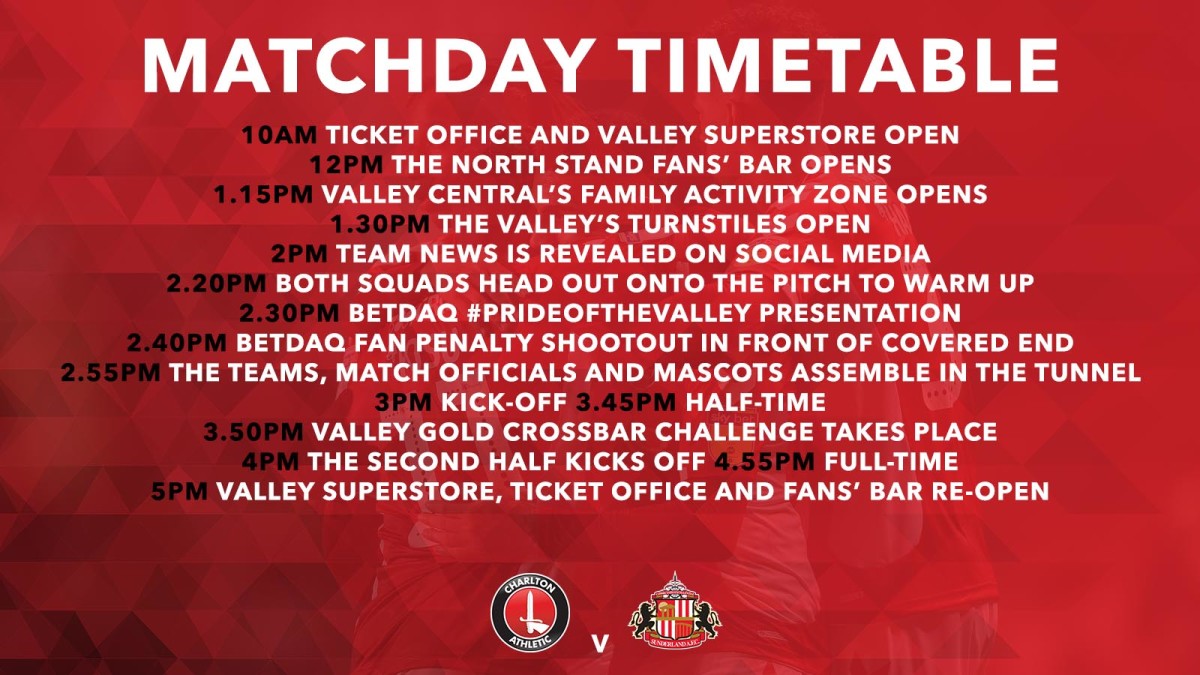 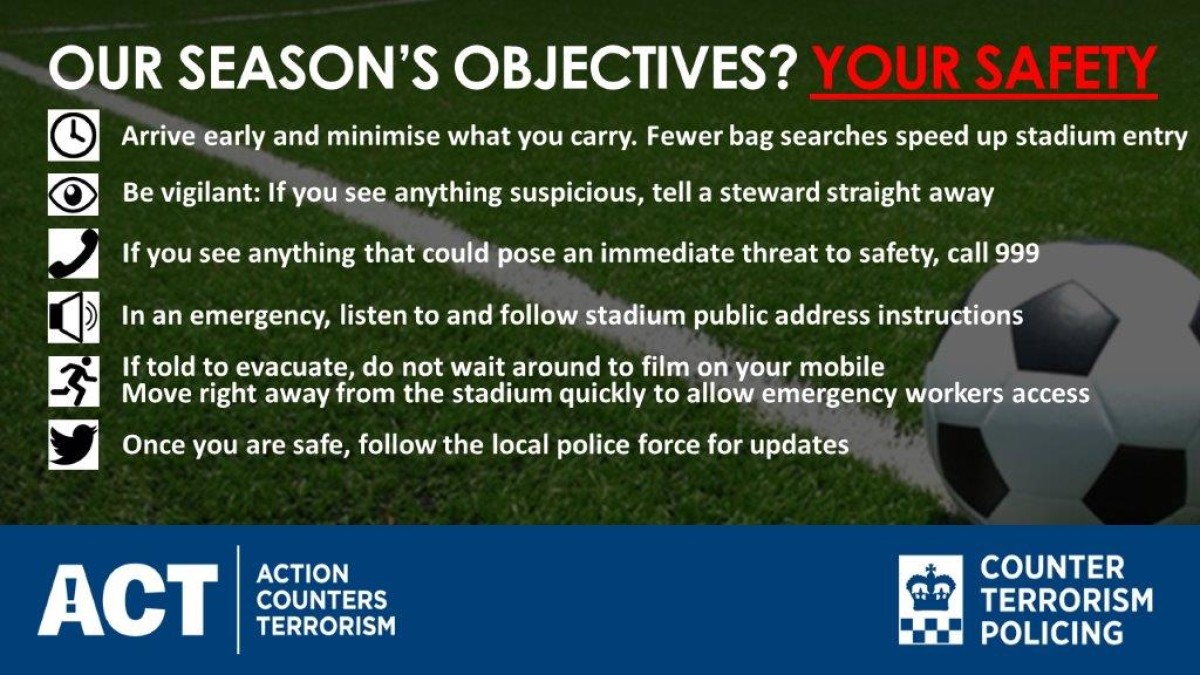